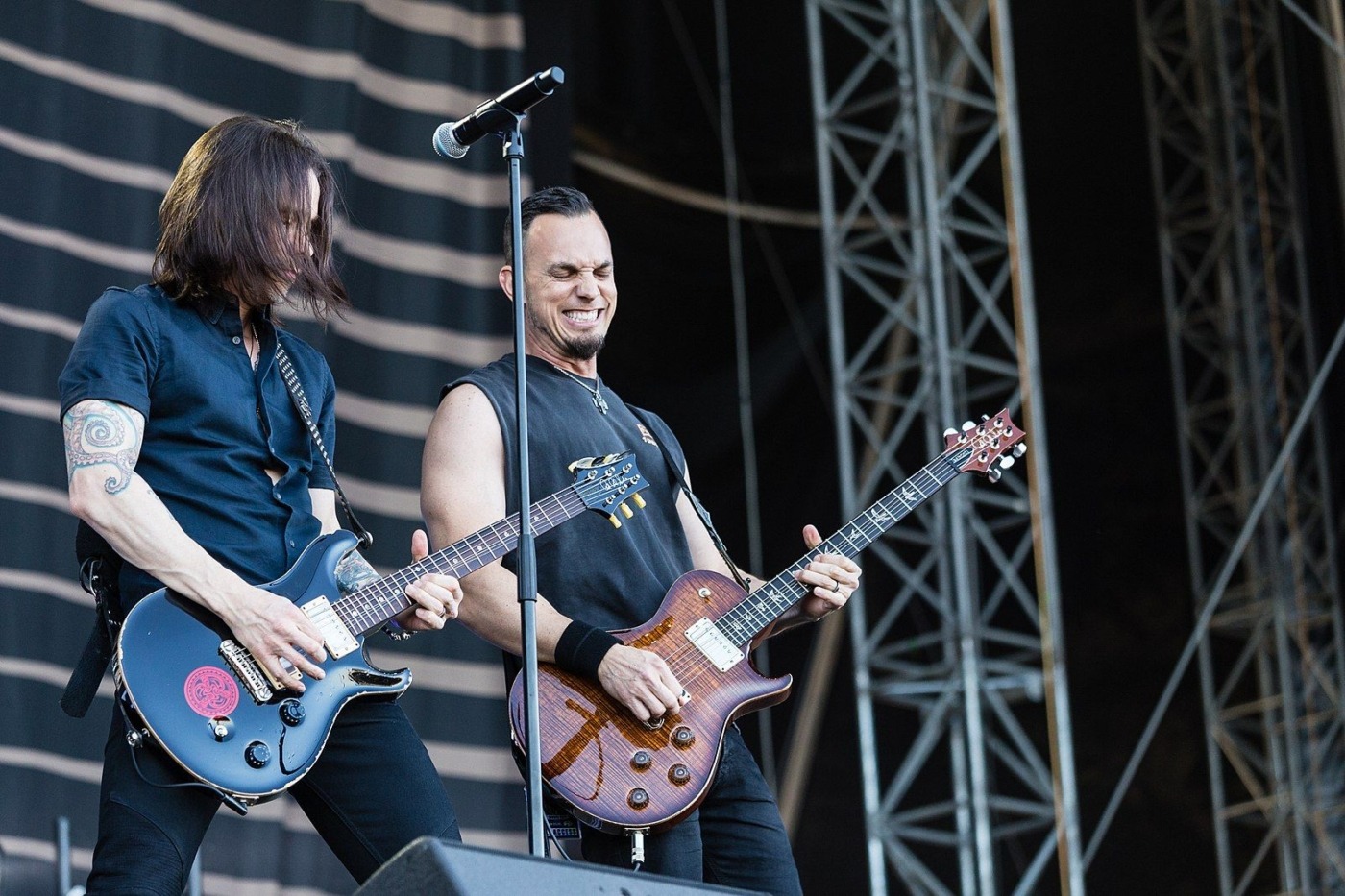 Following on from 2016’s stellar The Last Hero, Alter Bridge are back with their sixth album Walk The Sky. The band noted that they wanted to change some things musically with this new release, but still retain the same sound and style that they have previously delivered so expertly. The question is, does Walk The Sky achieve this?

Whereas their 2016 album The Last Hero started things with the triumphant ‘Show Me a Leader’, Walk The Sky approaches things differently. The record kicks off with the more abstract and shorter ‘One Life’ before leading into ‘Wouldn’t You Rather’, which is more of the Alter Bridge we’re used to – packed with heavy riffs and booming vocals aplenty. This is perhaps the best way to describe their new album; it’s still the same Alter Bridge we know and love, just different from what you may first expect.

Tracks such as ‘Godspeed’ and ‘Pay No Mind’ feature what guitarist Mark Tremonti describes as a “late 70s early 80s synth vibe”. Whilst you may fear that this will overshadow the rock elements that make Alter Bridge so special, they are far from selling out. The synth, although noticeable, never diminishes the band or song as a whole. It gives Walk The Sky its own identity, whilst still retaining all the Alter Bridge hallmarks.

It’s still the same Alter Bridge we know and love

This understated style works for the band, who are on top form as expected. Lead-singer Myles Kennedy once again delivers some incredible vocals that can be powerful one moment and tender the next. Following suit, Tremonti’s guitar work is as excellent as always, and on this album, in particular, his vocal contributions shone through – especially on the lighter track ‘Tear Us Apart’. Scott Philips on drums and Brian Marshall on bass also help to provide each song with a strong foundation.

Although more of ‘The Last Hero’ influences immediately stuck out to me, Walk The Sky has arguably some of the best tracks Alter Bridge has to offer. ‘Godspeed’ keeps things simple in comparison to the rest of the album with the uplifting energy of its chorus and lyrics, whereas ‘Forever Falling’ is instead pure power throughout – featuring some great vocal work from Tremonti.

The album’s final track, ‘Dying Light’, has been described by front-man Myles Kennedy as “the closest thing we have to the epic element”; this component has been present in other popular songs such as 2007’s ‘Blackbird’. Featuring a 6/8 time signature, along with the classic booming choruses of tracks like ‘Words Darker Than Their Wings’ that came before it, it’s the perfect way to finish off the album.

Whilst not necessarily stand-out, the rest of the album makes a solid effort. ‘Clear Horizon’ uses displaced rhythms between the drums and guitars to give a funky phrasing effect. In contrast, ‘Indoctrination’ has an almost menacing build-up, very different to the average Alter Bridge song. Although not as memorable as prior releases like ‘AB III’ and ‘The Last Hero’ – it’s easy for some tracks to blend together in your memory – it’s still a great album, despite its musical and thematic failings. It just takes a few songs to get going.

Many fans will still prefer the older style of ‘The Last Hero’ – that album certainly inspired a stronger reaction in me. However, that is not to undermine the album and all it accomplishes with its new synth style. Walk The Sky is still a success for Alter Bridge. It may not be the best the band has to offer, but it’s a change to their usual style and certainly a worthy entry into their stellar catalogue.