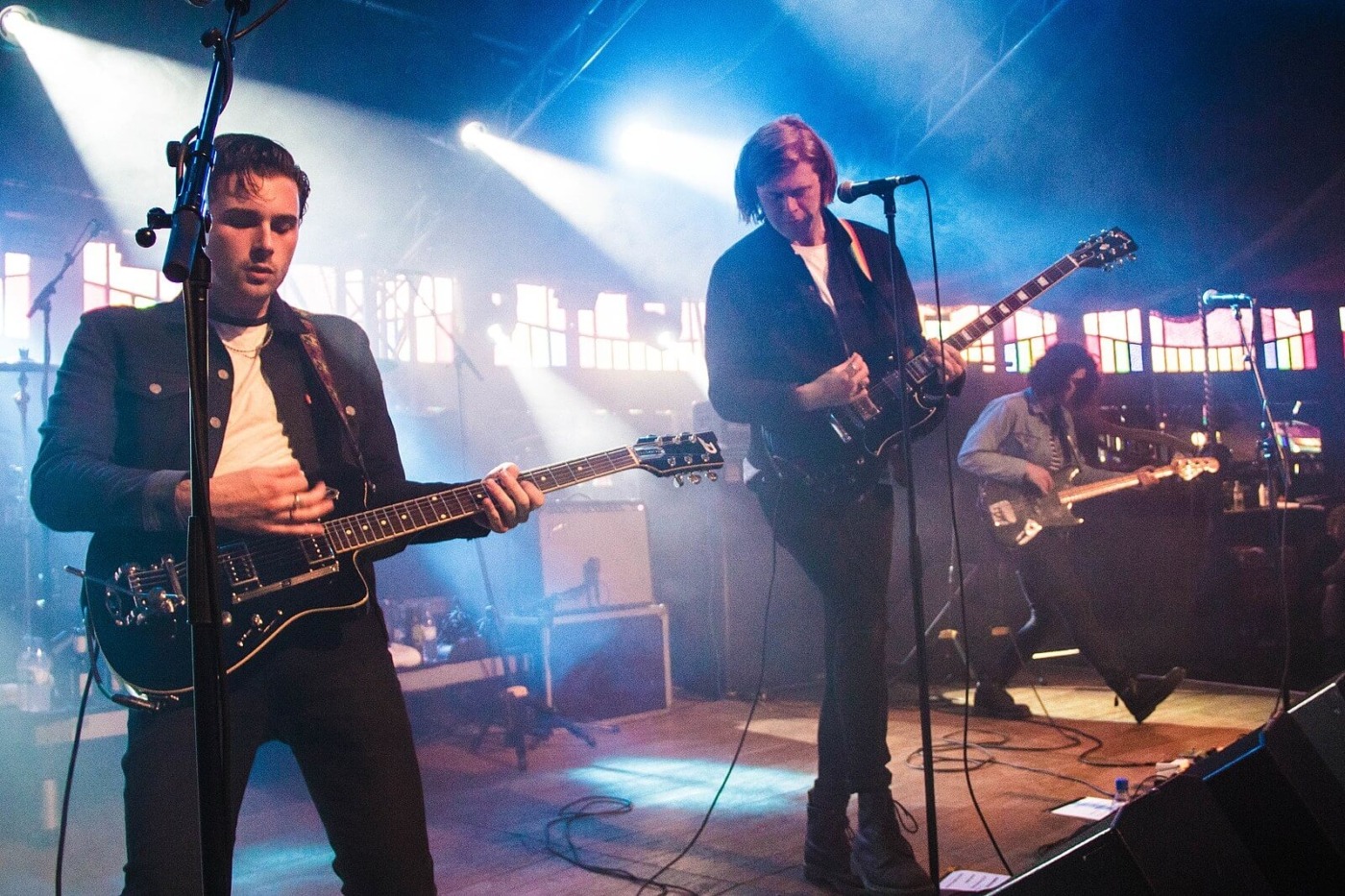 To promote their latest album Future Dust, rock newcomers The Amazons kicked off their UK tour to a packed Birmingham O2 Academy. The venue was ideal; intimate enough to feel close to the stage and the performers themselves, but with enough elbowroom to dance. I’ve been a fan of the band since their hit track ‘Black Magic’ was released in 2017 – having listened my way through their two albums, I was eager to see whether their live set would be as powerful as their studio offerings.

After alternative up-and-comers The Mysterines’ unexpectedly dropped out – much to my disappointment – The Amazons were fronted by only one support act; rock veterans Demob Happy. Their high-octane set, with tracks such as ‘Less Is More’ reminiscent of the likes of Royal Blood and VANT, perfectly set the stage for The Amazons to emerge – even if their 30-minute set was a little on the short side.

The crowd burst into an ecstatic uproar as the road crew exchanged places with the night’s headliners. Lead-singer Matt Thomson was a vision of rock-star cool with his embroidered velvet jacket, slicked-back red hair and nonchalant stare- an eclectic mix of Harry Styles and David Bowie. The rest of the band – formed out of drummer Joe Emmett, bassist Chris Aldertone and guitarist Elliot Briggs – followed suit; a slick, Arctic-Monkeys inspired look suggested that the group are fully maturing into a bona fide rock and roll band.

The Amazons got straight into their performance, with a perfectly crafted setlist of new releases from Future Dust and amped-up renditions of classic bangers. ‘Ultraviolet’ and ‘Stay With Me’ were some of the many standout tracks that got the crowd going, the group emanating a kind of stadium power that resulted in the front rows descending into a wall of moshing and even a bit of crowd-surfing for a brave few.

The bass-pounding ‘In My Mind’ was a particular highlight for me; the guitar-heavy track translated with electrifying power in the small venue, showcasing the tremendous skills of bandmembers Chris Aldertone and Elliot Briggs especially. Whilst the majority of the show was as loud and intense as expected, renditions of more acoustic tracks such as the haunting ‘25’ and the uplifting fist-pumping of ‘Junk Food Forever’ were well-received and equally commanding, leading the crowd to become a sky of starry phone flashlights as we all sang along to the immortal lines; ‘Junk food forever/ Late nights together/ Jackets in leather/ I can’t forget ya’.

A mountain outline backdropped the group, which changed colours fittingly throughout the performance and added even more to the charged atmosphere. The deep-red for ‘All Over Towns’ befitted the passion of the song’s lyrics, whilst ‘In My Mind’ bathed the room in electric blue light.

This wasn’t to distract from the music, however; the band’s crowd interaction was one of many elements that ensured eyes remained on them. Some of my favourite examples of their fan interplay include Thomson leaning over the barriers to sing with the elated fans, much to the excitement of the front-row. Joe Emmett also gifted the crowd with an epic drum solo. Perhaps best of all was the mid-way diversion into Black Sabbath’s ‘Iron Man’, a touching honour to Birmingham’s musical history.

In an epic finale, The Amazons closed the set with fan-favourite ‘Black Magic’, complete with an exhilarating performance by guitarist Aldertone and carried off with knee-slamming energy by Thomson. This lengthy rendition was the final flourish of a fantastic night, confirming it as one of the best concerts I have been to in a long time. If you’re not already familiar with The Amazons, do yourself a favour and give them a listen. As my Spotify Recently Played can testify, they’re certainly ones to watch.