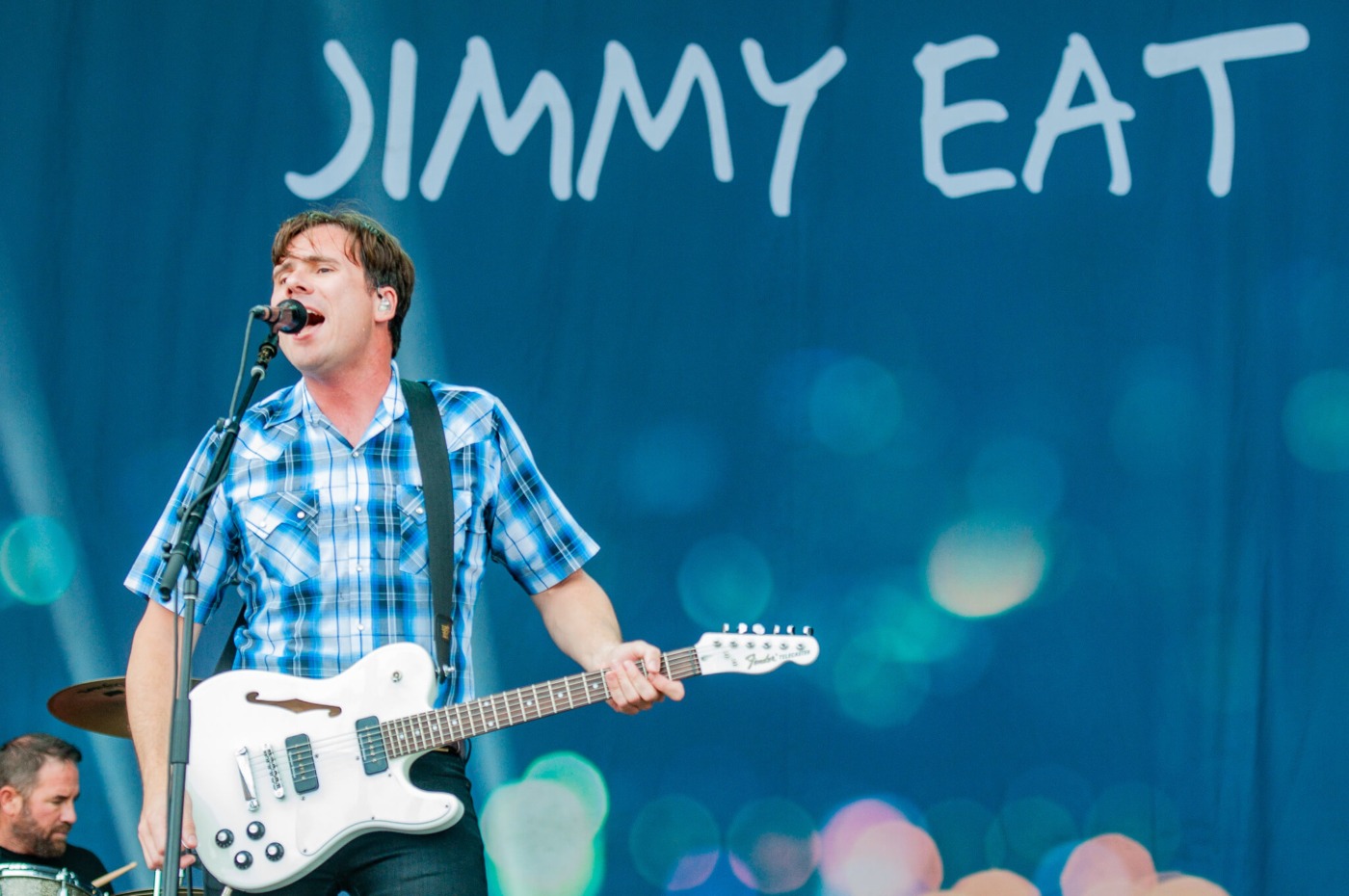 Surviving is an apt title for a band whose release count has regressed into the double figures: despite the changing landscape of the rock scene and the music industry as a whole, Jimmy Eat World has stuck around and continued making brilliant songs. Their tenth effort is by no means just the sound of a band going through the motions, however – there’s a simplicity and self-assuredness of a band with nothing left to prove, packed into 10 hugely listenable tunes. How do Jimmy Eat World persevere?

The opening one-two of the title track could even be thought of as refreshing despite its familiar radio rock vibes. Maybe these guys aren’t reinventing the wheel- especially with the mid-tempo ‘Delivery’, which arrives straight after – but the tightness and catchiness of these songs, ‘Criminal Energy’ in particular, certainly makes up for it. The move towards straight-up rock – frontman Jim Adkins has cited classic rock bands such as Van Halen as an influence – suits these guys well.

What remains familiar, nevertheless, is the lyrical content. On ‘Surviving’, Adkins’ gentle encouragement to the listener to feel confident, even if ‘you’re still that lost kid’, has distant echoes of what made their 2001 breakout single ‘The Middle’ so endearing; both tracks uplift and inspire you to carry on. “You give yourself the right chance over time,” he continues on mid-album highlight ‘Diamond’: “don’t let them tell you something different”. There’s something comforting and personal about these lyrics, along with Adkins’ earnestness in delivering them – it’s yet another reminder of the band’s unique character as a hero for the outcasts.

‘There’s something comforting and personal about these lyrics’

This record doesn’t come without surprises though. Just before the halfway point, early single ‘555’ comes in with a radically different alt-pop sheen – complete with handclaps and moody synths to boot. Perhaps this is a song that could polarize its listeners: some may praise it for its experimentation, acting as a welcome break from the rest of the album’s similar-sounding tracks (such as ‘Love Never’ and ‘All The Way, Stay’).

However, looking around at the current musical landscape, it feels that the alt-pop track- perhaps made in an attempt at being provocative and smashing fragile genre boundaries- is becoming a trend for artists to conform to. Some may wonder how authentic and even how necessary a diversion into alt-pop now is if it has only become a box for bands to tick. If we look at the album for the sum of its parts, ‘555’ doesn’t feel cohesive with the other tracks; potentially leaving a bitter taste in the mouth of listener’s rather than acting as a palette cleanser.

The back end of Surviving builds on the formula of what came before it, yet manages to make it sound even bigger – creating some of the album’s strongest moments. Whilst ‘Diamond’ is a fine example of an introduction for this phase of the album, perhaps the best may be saved for last. The slow-burning Royal Blood-inspired ‘Congratulations’ rolls in as the record’s last track, building to a cinematic burst of bombastic stadium rock in a six-minute long finale. It is a fitting conclusion to what will certainly satiate the appetites of Jimmy Eat World’s loyal fans- most having waited three years for new music after 2016’s Integrity Blues.

As far as a solid, straight-up rock record for modern times goes, you could definitely be doing a whole lot worse. Despite the challenges of the current musical landscape, the band have persevered. Welcome back, Jimmy Eat World. It’s great to have you again.