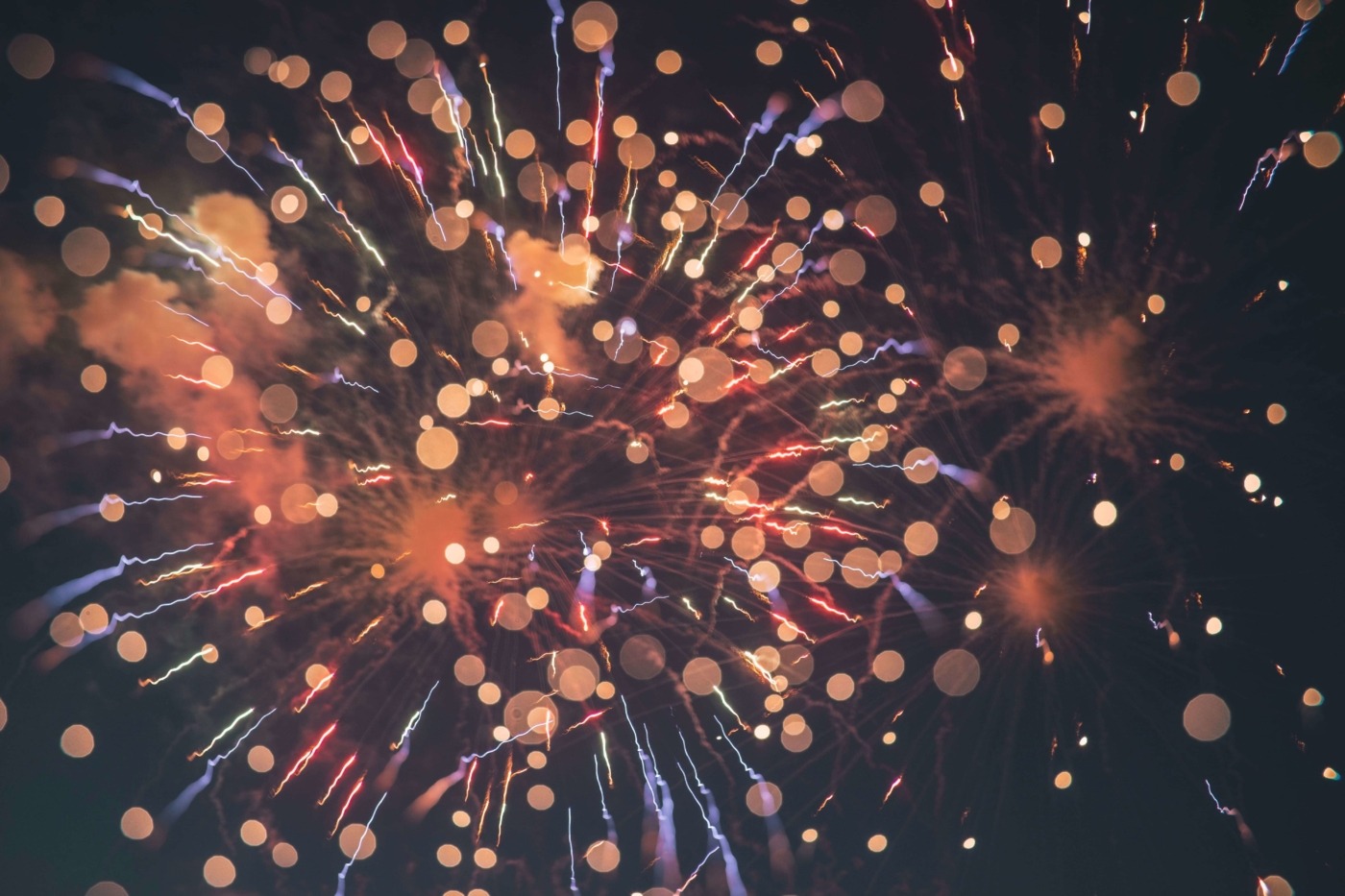 In the first piece of our ‘Little love stories’ series, Evianne Suen shares a personal story about first loves, sexuality and fireworks.

When we met, I thought that I had never seen someone so quiet. She never spoke, but she never had to, because she played and captained so well. We were dwarfed by her talent, the way she held her stick, indented in the crevasses that she gripped the hardest during a swing. The fuchsia tape unravelled at the edge of the handle, the end of the hilt, and brushed the floor whenever she passed.

She was tugging on it when I introduced myself, lightly shaking. I’m not entirely sure anymore how it went when we first met, how I looked all those years ago, bad at smiling and even worse at talking about myself.

She didn’t mind, she said, and I was always thrilled by her notifications, asking how I’ve been, what I’ve been up to. She loved bad American rom-coms, the kind that you forget seconds after it ends, and only recall when you’re scrubbing a scratch off an old pot on some odd winter day. I watched every one she recommended, so I could drop a line when we’re on the pitch and make her laugh before she swung at me. I would smile with my teeth, one of the few times I did, because the braces made me so much harder to look at. And whenever I smiled the wire that always poked out would cut the meat of my left cheek, sometimes the corner of my mouth. But I always did with her.

People started to notice that I wasn’t the girl who fawned over the boys’ school choir anymore. I wasn’t so crazy about any of the Ians, or Johns, or Benjamins. They started to watch when I would linger after training to talk to her, under the flickering fluorescent lights, to the staccato beat of my heart which flung itself against my ribs. (I hope she didn’t feel it, when I ran to the centre of the pitch to hold her the Saturday I came back after a training trip she couldn’t make because of a sprain, that I didn’t enjoy for a moment because she wasn’t there. I remember feeling so horribly alive when she squeezed the air out of my lungs, when I felt her soft brown hair against my temple, and her hands around my neck.)

They drove me away and she found someone else, or the other way around, and we grew apart.

Years later after the summer when all my last friends left, I found her again. In her eyes in the coffee shop half a mile from where we fought over the last slice of frozen pineapple after training under the hot summer sun, I saw who I was the many months ago, but the silhouette quickly faded away. I’m not who I was, I said, and she said she understood. I didn’t question it, because there was no point anymore, when we had already segued into two different worlds by then.

She was sorry, as was I, that it unfurled the way it did

Until sundown we walked to the park I always went when I was lonely, to be shadowed and surrounded by every structure and shape imaginable, to feel the metallic air and liquid grass that bowed under my step and wet my feet. But it wasn’t the quiet kind of night I was so used to comfortably seeking out; from where we ended up finding a seat to the harbour, there were little pockets of people, dark figures hunched over plastic plaid picnic mats, hushed in their talk but collectively reverberating across the open garden.

She and I talked a little about how things ended. She was sorry, as was I, that it unfurled the way it did. We both couldn’t have helped it, and she agreed. I wanted to say, I’m sorry I loved you, and left without leaving a trace.

But then the fireworks broke across the sky, from one of the shrouded ferries parting the skyline, and suddenly we were drowned by the colour and its noise.

We had forgotten it was the anniversary, reminded only when the air began to sparkle and fog. The colours fell with the passing rain, their battle backgrounded by fading clouds. They wrestled and frolicked, the blue and pink and purple flecks swum against one another, as they dove back into the cuts of the seawater that mirrored whichever colour won the war in the sky.

Her irises, glazed as they reflected the fireworks and a bit of moonlight peeking over the buildings, had taken everything I had left when I first met them, still young enough to be naive, to be curious and brave enough to try something else. I saw myself in the hazel again, older and far less hopeful but understanding of the world and its people and those who thrived on treading over kind strangers, and those who were always around to bring them back up. I thought of the husky we would’ve raised together, the balls we would’ve gone to that were never made for people like us to dance at, the hiding places we would’ve found if we made it through long enough.

I’d meet someone like her again, but I’d never forget the first person who stole the ground from under me and gave me a tour of the world above, without having to say a word.

If you have a story of your own to share, please get in touch with lifestyle@theboar.org.