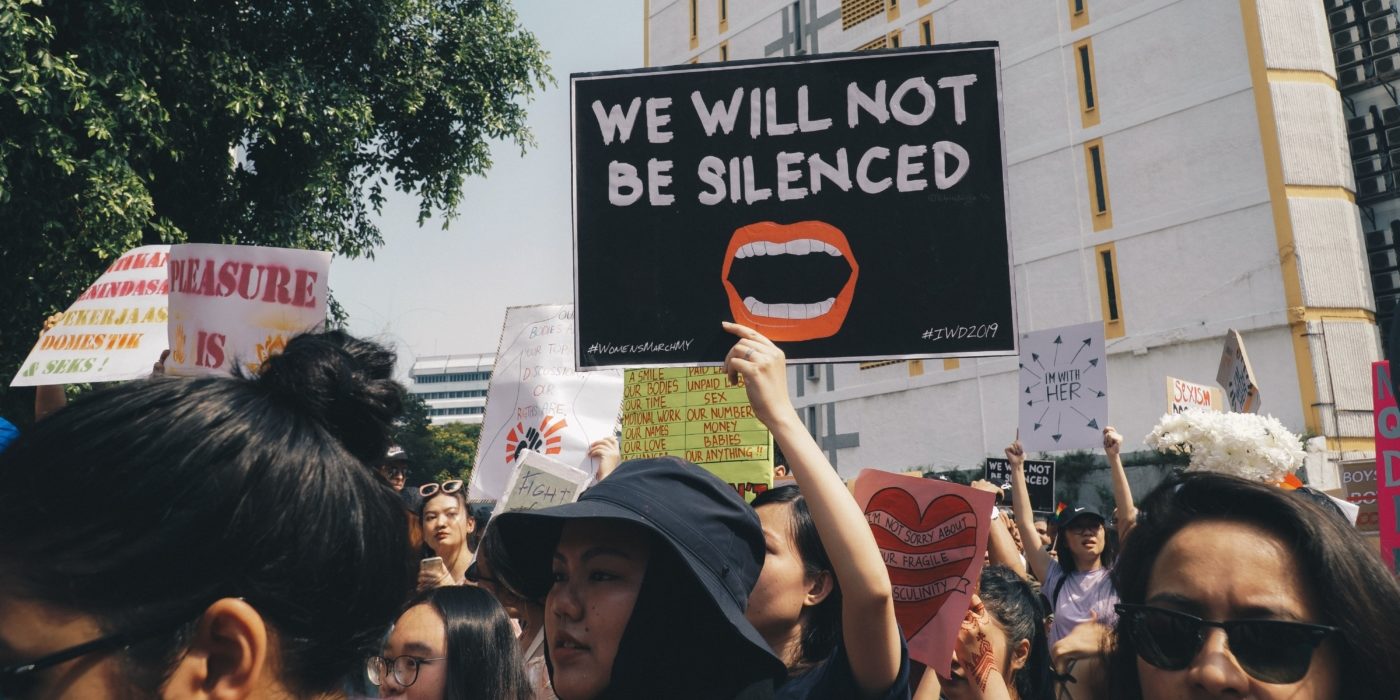 Despite the admittedly unstable state of the British political landscape at the moment, the literary festivals to which book-lovers flock still follow a standard formula. People know what to expect and more importantly, know that their expectations will not be wildly challenged. Generally, Western literary festivals tend to be a celebration of opinions that the audience already know they will hear when they book tickets to see a particular author. A few sarcastic comments about Brexit or a minor disagreement between politically opposed members of a panel are about as controversial as we tend to get here in the UK, partly because there isn’t really much to be controversial about.

Elsewhere in the world, however, it’s a drastically different story. The Dhaka Lit Fest (DLF) in Bangladesh is just one of the examples where literary festivals hold an entirely different significance. Often used as a platform through which authors can voice dissenting opinions against a corrupt political system, the festival has a force behind it that can effect real social reform and risks the lives of the figures who dare to speak out.

The aim of the Dhaka Lit Fest is said to be to “celebrate [the] spirit of a cosmopolitan modernism”, bringing together both the critically acclaimed and up-and-coming Bengali authors with writers from the West. Their website states that not only does the festival hope to “(bring) the world and our audience closer” but also plans on “enriching that world through fierce debates and fresh expressions”.

The patriarchal mentality is one that still dominates much of the country and the victims of that hierarchy are women like Nusrat, women who suffer through no fault of their own and are punished for seeking justice

The festival was founded partly in order to host a focus on women’s rights, a movement steadily on the rise in the country, albeit with some way to go. This struggle for equality is one that recent events have proved is critical in Bangladesh: 19 year old student Nusrat Jahan Rafi was set on fire and murdered after reporting a case of sexual harassment against the principal of her school. Whilst people have been arrested with connection to her murder, her death was a needless one triggered by a culture of victim-blaming. The patriarchal mentality is one that still dominates much of the country and the victims of that hierarchy are women like Nusrat, women who suffer through no fault of their own and are punished for seeking justice. The fact that this case has happened in a supposedly progressive 2019 attests to how vital that feminist movement is.

The platform that the DLF provides is a significant facilitator of that pivotal dialogue and this assertion has strong evidence behind it. During last year’s festival, the discussions around the #MeToo movement that was yet to take off within the country enabled more young women to come forward about the harassment and abuse they had suffered. Empowering these women to oppose the culture that forces them to stay quiet about taboo topics, like sexual misconduct, is just one way of many that the DLF is inspiring social reform.

Many criticise the Bangladeshi government for unjust policies: Prime Minister Sheikh Hasina famously jailed her opponent Khaleda Zia on grounds of corruption, her arrest conveniently meaning that Zia would be unable to challenge her leadership in the following election. However, exercising the right to free speech and openly criticising the authorities has the potential to lead to a charge of treason and imprisonment, as acclaimed photographer Shahidul Alam learned in 2018. A regular speaker at the DLF, supporters of Alam slammed the DLF for their silence on the unjust imprisonment. However, multiple speakers throughout the festival called for his release and 100 days after his arrest, he was set free. It’s worth noting that due to the threat of security risks, the DLF requires government approval to go ahead, which may have explained their lack of protest as a collective organisation.

However, clearly speakers did not feel restricted by this connection and their public objections had an integral influence in the release of an innocent man. The festival has also been criticised in the past for welcoming a Western influence as they often invite authors and prominent figures from the UK to speak at events. Rather than revering the opinions of these Western authors and allowing them the platform to ramble on about somewhat mundane topics, these figures use their position of privilege to join in the challenge of authority. The voice of authors who are in a privileged position can evidently be used to enact real change rather than just make slightly controversial jokes about their bumbling political leader of choice.

The recent persecution of the Rohingya population eventually dominated Western media after the exposure of the issue over social media lead to a public awareness of what was happening. The news of the West has since moved on, but the victims of that persecution have not magically disappeared like the attention of the mass public. The speakers at the Dhaka Lit Festival refuse to forget them. Instead, they are challenging authorities to snap out of their complacency and come through on the promises they made when the interrogative spotlight of the West was focused in on them. The facets of injustice that the Dhaka Lit Festival contributes to challenge are seemingly boundless, and this is exactly what literature should be utilised to expedite.

Such a fear seems so far detached from the rights we tend to take for granted as part of everyday life and as such, the platform of a literary festival isn’t an essential step to allow our opinions to be expressed

Part of the reason why the literary festivals of the West may be seen to be a more trivial affair is perhaps down to the fact that the right to freedom of speech is readily available here. We are allowed to voice our opinions on the government (supposedly) running the country and that ability is so accessible that we can casually tweet about it within the space of a few seconds and move on with the rest of our day. At no point in that process do we worry about being imprisoned or killed for sending that tweet. Unfortunately, this isn’t a universal sentiment.

In places where freedom of speech is limited, voicing these very opinions can be a fatal choice. Rather than taking a minute of a day to pen a scathing review of the Prime Minister’s latest blunder, citizens in many other countries have to go through the process of publishing literature under anonymous titles or pseudonyms in order to articulate their dissent. Even with these precautions, they live out their lives in fear of the consequences of being discovered as the author. Such a fear seems so far detached from the rights we tend to take for granted as part of everyday life and as such, the platform of a literary festival isn’t an essential step to allow our opinions to be expressed.

Literature has often been used to give a voice to those silenced by society. It is a medium through which corrupt governments can be criticised and taboo topics can be tackled. In contrast to the generally more tame festivals of the West, countries such as Bangladesh can utilise this characteristic of literature to attempt to liberate the oppressed and trigger crucial reform to make their country a safer place of progressive equality. Speakers expose and actively challenge injustice, refusing to stop at just publishing books that are seen to be controversial, but ensuring instead that their protest is heard in front of a crowd willing to join the protest.  As such, the Dhaka Lit Festival has the substantial capability of providing a stage upon which revolution can be incited, and is a testament to the political and social change that the literary festival has the potential to epitomize.