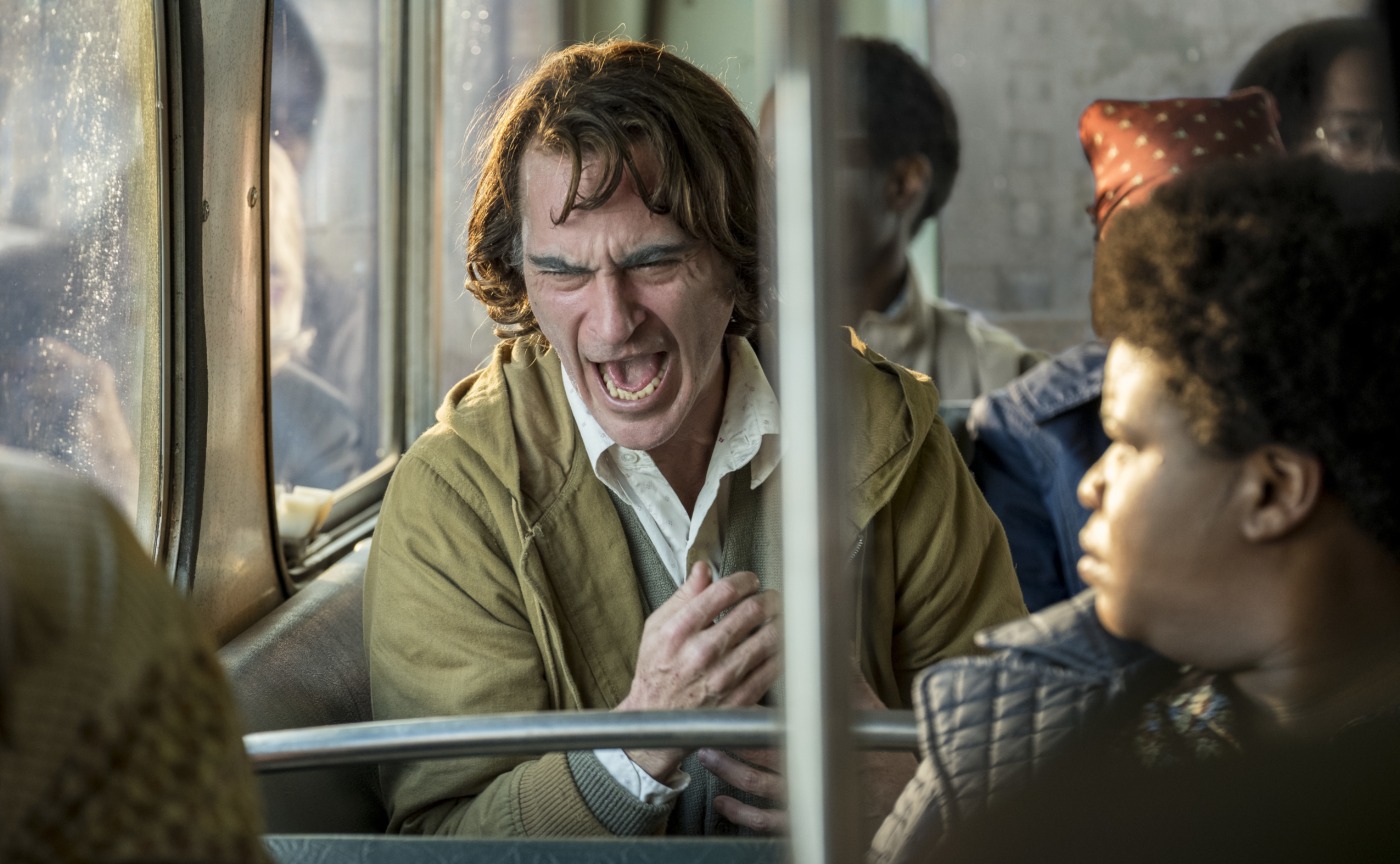 Todd Phillips’ Joker is a failure. Though what did we honestly expect from the man behind War Dogs and The Hangover trilogy? An attempt to mix up and redefine the comic book genre, it instead gets too caught up in its own delusion of importance. It’s theory – that of shaking up the genre by adding a layer of darkness to it by portraying the genre’s most famous villain through the lens of gritty films from the 70s and 80s – is entirely misguided in its execution. For starters, the film could only be conceived of as ‘dark’ and ‘controversial’ if your limited exposure to cinema consists entirely of superhero films and whatever Disney is churning out. One only has to view Joaquin Phoenix’s 2018 film You Were Never Really Here, Lynne Ramsey’s gritty thriller, to find a better exploration of possible themes seen in Joker. Phoenix here is just Vincent Gallo for ‘normies’.

The fact that Joker is ‘dark’, violent and does deal with topical subjects is not the problem: it’s the application of it all. It’s no secret that the film pays homage to films from the 70s and 80s, with clear references to Martin Scorsese’s Taxi Driver and The King of Comedy (Robert De Niro’s casting as a comedic talk show host is an obvious nod to such films), but the film fails to see the soul of them. Another important filmmaker not being mentioned enough during this discourse is the writer of Taxi Driver: Paul Schrader. Having a successful directorial career himself, Schrader has a sort of spiritual series within his filmography consisting of Taxi Driver, American Gigolo, Light Sleeper, The Walker and (arguably) First Reformed. All of these films deal with lonely males trying to figure out their place in society, similar to Joker. Though Todd Phillips is no Paul Schrader, and whereas those films, like The King of Comedy, use the darkness and bleakness to look at the protagonists through society, Joker instead looks at society through the protagonist. Those protagonists, the Travis Bickles and Rupert Pupkins, are delusional in their own perception of themselves. Arthur Fleck in Joker, however, “nope, it’s all society’s fault”. Joker is playing dress up with these films, thinking that this makes it the same as them. It doesn’t.

The fact that Joker is ‘dark’, violent and does deal with topical subjects is not the problem: it’s the application of it all

One plot point in the film consists of Fleck’s mental health support being stopped due to lack of funding, which leads him to stop taking his medication. But if you were hoping for an empathetic commentary on such a matter, please remember this is a Todd Phillips film. If an actual good filmmaker wanted to shake up the genre, they would take an issue such as healthcare and government funding, and make a compelling film around that (yes, I’m suggesting Ken Loach make a superhero film). Instead, we get a hijacking of a real-life issue affecting millions of people. It’s an incredibly toxic and mishandled portrayal, and the fact that the film refuses to take any hard stance on any of the issues it brings up, whether societal or political, is surely insulting to any viewer. The film’s ambiguity surrounding the events of its narrative only show the cowardice of the filmmakers. Choosing not to take a position allows them to take the easy way out. It has nothing to say. The ‘darkness’ is solely an exercise in pointlessness.

It is the film’s toying with societal issues and dark subject matter that is its greatest downfall. Its constant desire to be ‘edgy’ would make even the edgiest of 13-year olds blush. The crossing out of “Don’t forget to smile” to read as “Don’t smile” and “I forgot to punch out” as Fleck literally punches the clock off the wall had me deadpanning to an invisible camera like I was in an episode of The Office.

Joker is, in reality, an ill-conceived celebration of cringe

And perhaps the films ‘edgiest’ moment comes when Fleck finally becomes the Joker. As ‘Rock and Roll Part 2’ by Gary Glitter needle-drops onto the soundtrack, Joker dances down a series of steps (was Elaine from Seinfeld his choreographer?), a sequence which idiots are already trying to recreate. This scene might be the worst thing my eyes have been subjected to all year. Why the f**k are you using a Gary Glitter song? Humorous perhaps only to someone who thinks it’s difficult to be funny in today’s ‘woke culture’ (or you know, try being funnier Todd?), it’s the film’s clear attempt at being ‘edgy and dangerous’. There are plenty of songs that are better and that weren’t made by a paedophile which could have been used. The fact that the song doesn’t even sync or have any rhythm with the sequence makes it even more infuriating.

And perhaps that sequence is a perfect summation of Joker. A complete and utter disaster, for all its threat of ‘darkness, controversy and danger’, it is, in realty, an ill-conceived celebration of cringe.