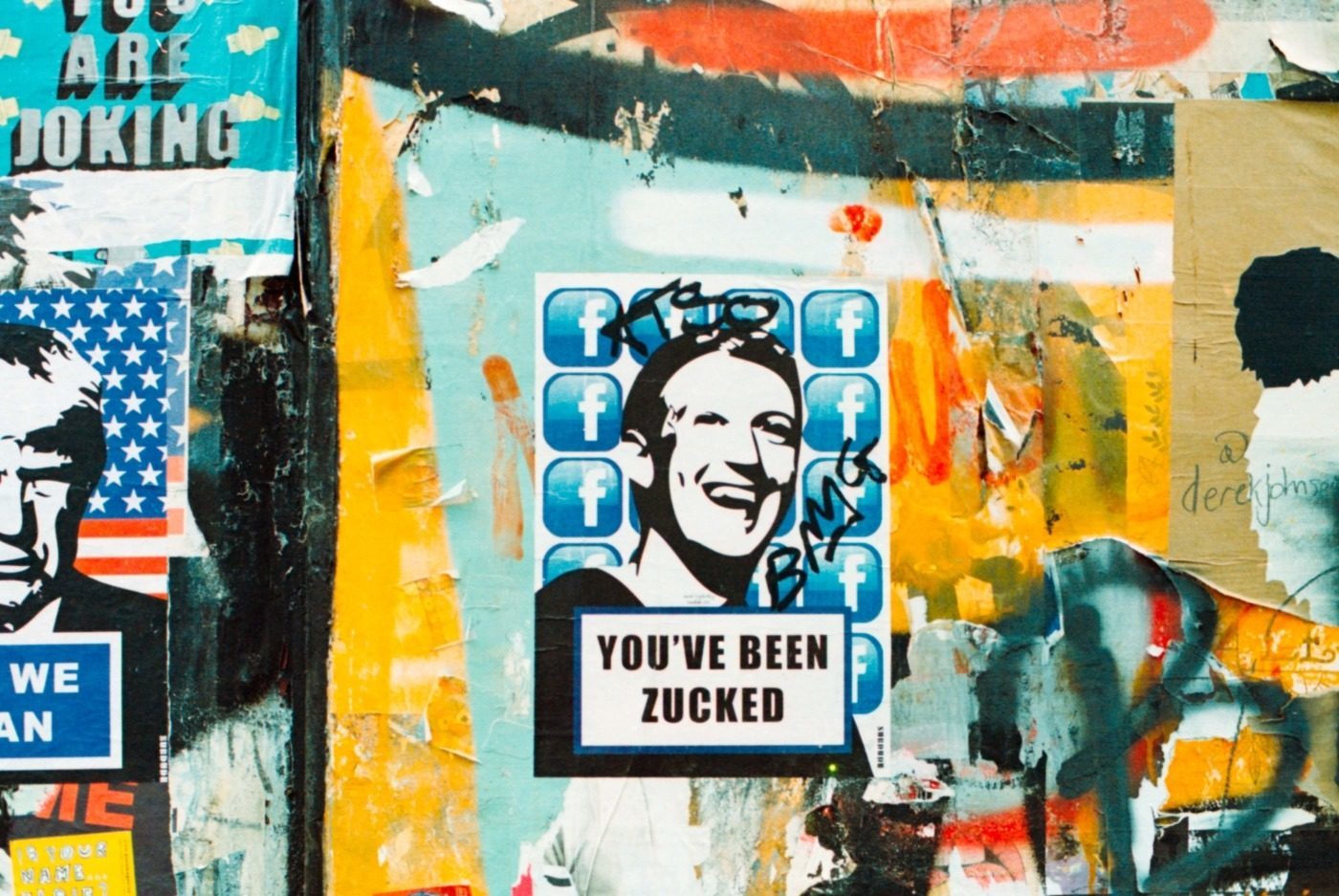 Is social media a political animal?

Ever since the 2010 film ‘The Social Network’ was released, I imagine Mark Zuckerberg has struggled to differentiate himself from the character on screen. In contrast, his creation could not look more different to its film portrayal. The early stages of Facebook we see in the film may as well not be in the same solar system as the corporation we know and rely on today. In February 2004 it was an internet craze taking over Harvard University. As of recent estimates it has more than 2.4 billion active users and its net worth is billions. For many of us at university, Facebook has been an ever-present force for most our lives. This just makes recent reports about the social media company even more troubling.

While to many of us Facebook is just a bookmarked page on our internet browsers, a place to tag your friend in a meme and whatnot, digging a little deeper into the company has yielded far too many scandals already. In March 2018 the Guardian’s exposé on Cambridge Analytica revealed that the once little website from Harvard University had now grown into a political tool. From the data breach of 50 million profiles to the use of this information for targeted political ads (notably the Leave campaign and Donald Trump’s election), it was becoming clear. Facebook was being politicised. A new battleground for campaigning had been created, hidden in-between the lines of cat videos and event invites. But as scary as a time that was, a new debate needs to be held. Is Facebook more than a political tool now, has it become a political entity itself?

A new battleground for campaigning had been created, hidden in-between the lines of cat videos and event invites.

Mark Zuckerberg was recently questioned by the House Financial Services Committee regarding Facebook’s plans to launch a cryptocurrency called Libra. The media has focused on Rep. Alexandria Ocasio-Cortez’s AOC series of difficult questions for Zuckerberg. These included lines of inquiry regarding the posting of false information in political ads and Facebook’s unclear approach to the issue. But two questions from the Representative hinted at this debate around Facebook as a political entity. She asked Zuckerberg about supposed dinner parties with “far-right figures” and Facebook’s use of news website the Daily Caller as a fact-checker. These claims would suggest that Facebook’s CEO has a definite political leaning. Of course, business owners and CEOs have political leanings, that’s no secret. Take for example Dan Cathy, the president of Chick-fil-A whose strong opposition to same-sex marriage led to protests outside the new branch in Reading. Although CEOs are entitled to political leanings, things become worth investigating when a) they manage a business showing ads to 2.4 billion people and b) when other social media moguls also have reported political alignments.

In regards to Zuckerberg’s meetings with “far-right figures”, Politico and other sources have reported the CEO met with conservative figures such as Sen. Lindsey Graham, Tucker Carlson and Ben Shapiro among others. The article goes further, suggesting (much like Senator Elizabeth Warren has) that Zuckerberg has tried to keep on the good side of President Donald Trump. This was shown when Facebook allowed for political ads containing false information to be published after the President claimed Facebook had a “terrible bias” against him and was censoring free speech.

In regard to the other claim by Rep Ocasio-Cortez, she states that the Daily Caller is being used as a fact checker on Facebook. Not only this, but that the Daily Caller has links to “white-supremacists”. The issue of white supremacy and the media’s role in it is highly controversial and is simply a whole other issue. However, what can be said about the Daily Caller is that it was co-founded by Tucker Carlson, who is known for being a Fox News host and has since become a foreign policy advisor to Donald Trump . It would be overly presumptuous to say Zuckerberg has right-wing leanings due to this connection with the Daily Caller. However, a quick look through the Caller’s website finds editorials called “We Defeated Nazi Germany, But Fascism Still Thrives On The Left” and opinion articles like “The Left Is Dead Because It Is Rootless And Stands For NOTHING”. This won’t be surprising to those familiar with the Berkman Klein Center’s analysis of media coverage before the 2016 election. The organisation, part of Harvard University, states that the Daily Caller among others were at the epicentre of news coverage with a “substantial gap” separating it from politically central publications.

A quick look through the Caller’s website finds editorials called “We Defeated Nazi Germany, But Fascism Still Thrives On The Left” and opinion articles like “The Left Is Dead Because It Is Rootless And Stands For NOTHING”.

There is not enough evidence to say assuredly that Zuckerberg is of a particular political belief or ideology. But there is more than enough here to ask: should Facebook users be concerned that the product we use is being influenced by Zuckerberg’s beliefs? Is the omnipresent global machine of social media at the whim of its politically aligned CEOs? Are these companies becoming political entities rather than bystanders? Facebook and Zuckerberg are not the only figures in this debate. Other sites that many of us see as essentials in our daily routine have also been drawn into this debate. In July 2018 Seth Rogen tweeted that he had been in conservation with Jack Dorsey, the CEO and co-founder of twitter. Their conversation was regarding “his bizarre need to verify white supremacists” and Rogen’s conclusion from these talks was that “the dude simply does not seem to give a fuck”. A Wall Street Journal article released a month prior reported that Dorsey had personally intervened to ensure “conservative” figures Alex Jones and Richard Spencer were not banned from the site. A search of the phrase “Jack, ban the Nazis” on Twitter will find hundreds of users requesting that Dorsey supposedly change his ways. Clearly a movement exists that deems the CEO responsible for any politicisation on the platform.

Should Facebook users be concerned that the product we use is being influenced by Zuckerberg’s beliefs?

In a similar vein to Mark Zuckerberg, Dorsey met with President Donald Trump to discuss “Twitter’s commitment to protecting the health of the public conversation ahead of the 2020 U.S. elections”. This meeting happened just hours after the President tweeted that Twitter was biased against conservative figures. It’s pretty clear that a pattern is emerging, where a social media site is used to forward a political ideology, despite being accused of a contrasting bias and then it’s CEO meets with President Trump to ensure things carry on as usual.Credit where credit is due, Dorsey stated recently that Twitter would not host any political advertising. Speaking of the power of internet advertising, he said it “brings significant risks to politics, where it can be used to influence votes to affect the lives of millions”. He goes onto say that “paying to increase the reach of political speech has significant ramifications that today’s democratic infrastructure may not be prepared to handle”. For those worried about the increasing mix of politics and social media, this is a welcome relief. One such Twitter user replied saying “And he didn’t even have to be humiliated by [Alexandria Ocasio-Cortez]”.

Clearly these CEOs are doing more than inventing a “dislike” button or trying to merge with TikTok. They are active ‘elites’ in democracies, with the capability of shifting what appears on our screens when we click on our favourite apps. Many believe that social media users should be aware of these individuals’ crazy amount of influence. We credit Steve Jobs in his personal contributions to the success and user-friendly nature of Apple products. But where this personality can lead to innovation, it clearly brings in other aspects of the creator’s being. Inevitably this will turn any neutral social media website into a ‘Chick-fil-A’, to the detriment of shareholders and customers alike. 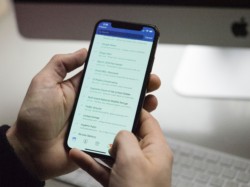 Gallery image with caption: How can world leaders learn from Jacinda Ardern? 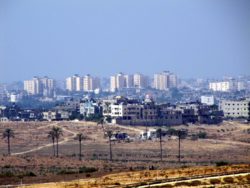 Gallery image with caption: The Deal of the Century: will there be peace in the Middle East?

Gallery image with caption: How can universities support the BLM movement?