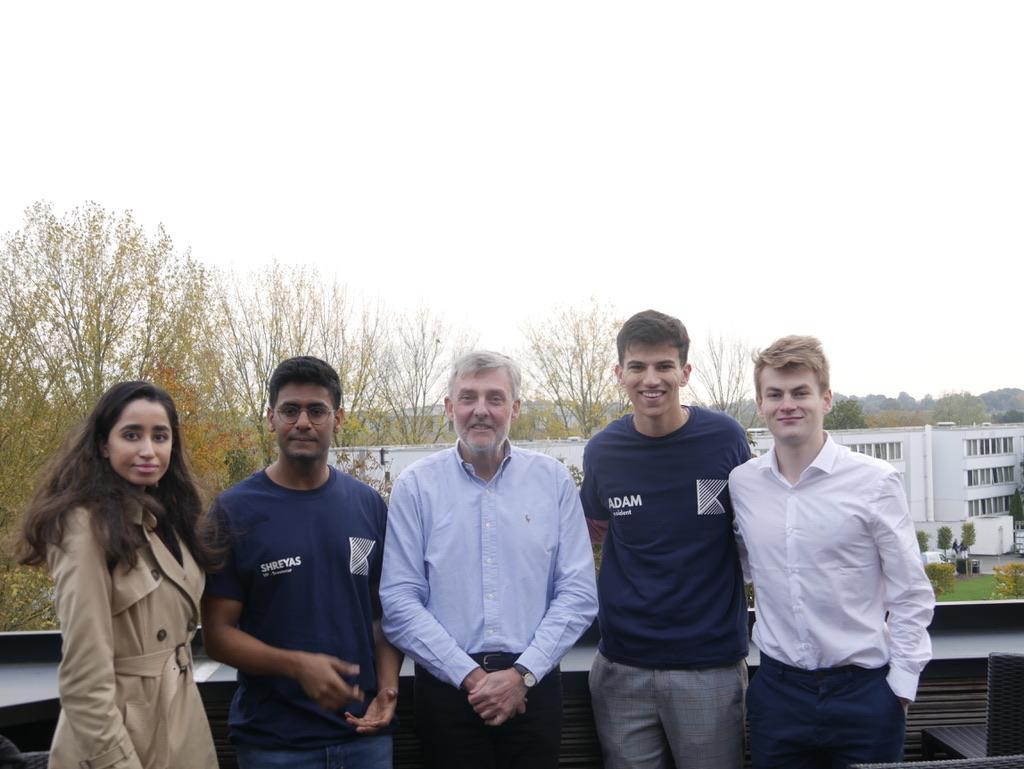 If you asked the co-founder of Monzo what colour he would have picked for the iconic card of the Monzo card, he would have laughed and said, “something bright!”. Perhaps many believe that challenger banks are simply a marketing ploy, with its attractive coral debit card and its easy-to-use app. With over three million Monzo users globally since its launch in 2017, app-based challenger banks are making their mark on the UK banking industry and their founders are the subject of much intrigue.

Enter Gary Dolman, one of the co-founders of Monzo who spoke at an event hosted by Warwick Kickstart society at an event enticingly titled “Monzo Co-Founder: How to make the fintech Unicorn”. With such a speaker and such a promise, it was no wonder hundreds of budding entrepreneurs piled into an Oculus lecture theatre; each with their ears peeled for advice from someone who helped catalyse the surge of “challenger banks”. Starting his career at PwC in Audit and moving through a series of investment banks such as ING, ABN Amro and Mizuho, Dolman then worked with a team to set up Starling and later Monzo, becoming CFO for the company.

Funnily enough, Dolman recalled saying before his time at Starling, “if I ever became CFO of another large bank, then you had permission to shoot me”. After spending the majority of his career in the corporate world, this quote summarises Dolman’s talk perfectly. The talk began with the self-professed “numbers man” walking the audience through his prolific financial career. He continued upon this corporate trajectory until he finally had enough of the stress, which unsurprisingly accompanied working at Barings during their 1995 collapse and then ABN Amro during the 2008 Financial crash.

“If I ever became CFO of another large bank, then you had permission to shoot me”

The age of 51 marked Dolman’s rebirth as an entrepreneur. However, his first joint-venture BeTheRef wasn’t the flying start he hoped for after admittedly misjudging the product-market fit. This initial misstep seemingly validated his critics’ opinions that 51 was too old for the transition to the innovative start-up game. Start-up banking presented the opportunity to prove them wrong. After being the CFO for Starling while working to establish the challenger bank, Monzo was born from a walk-out of senior figures from, soon to be rival Starling.

Reaching the height of his career in the UK’s growing start-up scene is why students were excited about the “Monzo co-founder” and not “random finance guy”. Monzo’s £2bn current valuation was simultaneously helped by compounding factors, such the widely successful “hot coral” colouring of the card and its marketing and the ease of use of its app. Dolman also stressed that Monzo’s success was certainly not due to its urban dictionary definition (please don’t search it). However, the main reason; presenting financial info in a way that was easy to understand for the first time. This “lightbulb moment” is why Dolman can now enjoy his retirement as a “shoulder for CFO’s to cry on”.

During his interview with The Boar, Dolman stressed that he disliked how traditional banks made bank statements complicated, which made managing money difficult for ordinary people with little knowledge of finance. For young people in particular, separating pots of money for bigger purchases such as deposits, university and holidays is made more difficult when young people are unaware of what exactly they are spending their money on. As purchases do not show up on consumer banking apps in real time, the ability to control finances and save money are a lot harder, a problem which Dolman hoped to solve with Monzo. Dolman hopes that consumers will lobby for traditional banks to make all purchases appear in real time in the near future.

While challenger banks such as Monzo and Starling are increasingly taking market share from its competitors in the traditional banking sector, they are struggling to gain ground in the United States. Monzo is yet to acquire a US banking license and is struggling in a market that remains saturated, diverse in regulation across federal states and heavily reliant on cash. In the US, only 3% of debit cards are contactless and only 58% of consumers use cashless payments, according to AT Kearney. For now, challenger banks such as Monzo, Starling and Revolut are excluding the US and expanding towards the East.

Although Dolman is well known for his involvement in co-founding Monzo, he was keen to emphasise that he was the voice of reason throughout his career in start-ups. Being the “numbers man”, he emphasised that his primary role usually involved ensuring that the crazy ideas that were thought up by his peers were financially viable, would pass regulatory hurdles and could grow. Dolman stressed that, while acquiring a banking licence was difficult, the rigorous process by the Prudential Regulation Authority and the Financial Conduct Authority was necessary to avoid consumers losing their money. While Monzo is challenging traditional banks, Dolman stressed that the main focus of Monzo is to make consumer finance easier for its customers than it has been. Amongst an app made for the modern world is a simple goal to make managing money as easy as possible.

Perhaps one of the most fascinating parts of the talk was the interview on the terrace of the Dirty Duck, where Warwick Kickstart Society invited us for a drink with Gary Dolman. Talking about the technology involved with banking, he mentioned that the banking and finance sector had no shortage of innovation and ideas from start-ups as the finance sector had embraced fintech and AI. Instead, he mentioned that the insurance industry, while growing in the UK, was lagging behind in InsureTech. Dolman suggested that the insurance industry suffered from a lack of lack of incentive to offer ultra-customised policies and data-driven social insurance as the industry is highly regulated and decision-makers are afraid of breaking rules. Dolman suggested that, as fintech and legal tech are fairly advanced, the next big tech innovations would occur in the insurance industry.

With the banking sector in upheaval, the future is uncertain for both Monzo and the challenger banking sector. What is certain is that Gary Dolman can have a well-deserved break after many years in the fast lane. Instead, he is focusing his efforts onto giving advice to entrepreneurs up and down the country. What is his parting advice to young people who want to get into the world’s biggest start-up scene? Find out what annoys you and do something about it.