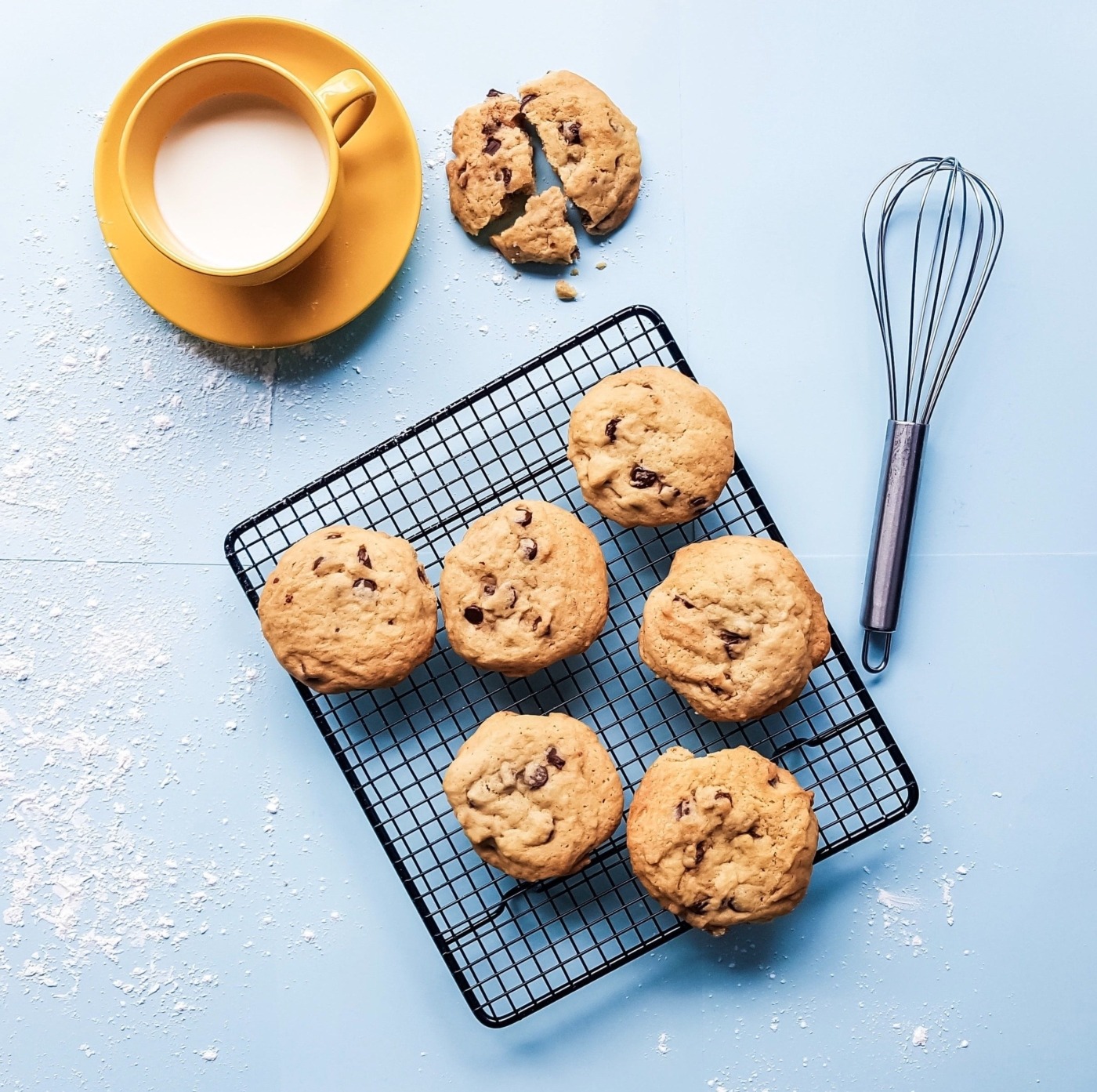 Be a smart cookie: why you should bake for stress relief

The new line-up for The Great British Bake Off is the youngest of all seasons, and it’s no surprise. As a millennial who began baking out of stress and eventually started a YouTube channel for it, I cannot recommend the activity more. Baking gives you more than the waft of crystallising sugar and cinnamon from gooey half-done buns in the oven, the taste of melting chocolate chips on your tongue, the soft but springy dough that yields compliantly to every knead and other incredible sensations. It gives you a breather from the toil of everyday life. It’s akin to meditation (with the added bonus that you can snack on it afterwards).

I began baking during a tumultuous period in my life, amid changing schools and poor mental health. It was a manageable, easy hobby in the face of troubles that were out of my hands. The feeling of control (even if it’s over how much cream of tartar should be going into your egg whites) and exertion (whisking is extremely soothing, especially as the ingredients slowly swirl together into a myriad of colours) is more than satisfying, and reaping delicious rewards that you can share with friends is a bonus. Getting into the groove of baking will see you daydreaming about what to make next, how to create your own variation and what ingredients to buy

It’s a hobby that’s joyous all round, and once you get better at it, the chances to experiment and make your own tweaks is thrilling. (One time, I added beet juice and cocoa powder to a crepe batter that was divided in two, and put green tea powder in the other half to make a Christmas-themed crepe cake that alternated in red and green. It is still, by far, one of my greatest gustatory achievements yet.) It’s even better when you’re successful in coming up with your own take on a traditional recipe (my initially ambitious Ferrero Rocher brownies were also a big hit).

And as if there aren’t enough positives already, getting into the groove of baking will see you daydreaming about what to make next, how to create your own variation and what ingredients to buy. You’ll soon be lingering in the baking aisle of your nearest supermarket studying quirky ingredients (Should I use Medjool dates as sweetener instead? What if I made cupcake icing with maraschino cherry juice?) and getting fascinated by animal-themed egg yolk separators at baking equipment stores. In other words, baking is a “productive distraction” when you need something light to divert your attention to.

Sure, investing in baking powder, flour, vanilla extract, cornstarch, vinegar and other ingredients you need to buy in bulk might feel like an unnecessary luxury while you’re on a student budget, but it lasts you multiple rounds of homemade goodies as well as helping with other dishes (flour for a creamy roux) or even purposes (baking soda is useful for stain removal, teeth whitening, and so much more). The same goes for tools such as whisks and spatulas; there’s no need to splurge on electric mixers or heat thermometers that you might see in high-level professional baking videos, as you can do most things by hand. (Unless you’re trying to go professional or planning on making meringue and buttercream every other day, in which case, you risk some serious cramping.) At the end of the day, in the face of “millennial burnout”, quarter-life existential crises, an inability to relax and other perils, baking is a rewarding solution for everyone involved, especially you

On the topic of tutorials, it’s best to start easy and simple so you don’t feel intimidated by the thought of baking. My interest began from watching ASMR videos by predominantly Korean cooking channels, of all sorts of desserts being made: HANSE’s no-bake Oreo cheesecake, MosoGourmet’s ice cream cupcakes, Cooking tree’s Oreo brownies and honeykki’s Nutella chocolate muffins (spot the trend…) were some of the most memorable baking videos I binge-watched for an entire summer, until I finally decided to get a proper whisk and try the art myself. (You also pick up little tips and tricks from watching so many videos, such as how to fold your ingredients to keep your batter aerated, adding instant coffee to chocolate-heavy delights to emphasise the flavour, and freezing banana slices then blending them to make “nice cream”.) If you’re a beginner baker, I recommend watching similar videos for their simplicity in showing you the steps for every recipe, in addition to the most satisfying sights and sounds you can ever imagine.

At the end of the day, in the face of “millennial burnout”, quarter-life existential crises, an inability to relax and other perils, baking is a rewarding solution for everyone involved, especially you. It’s no surprise that baking is no longer your grandmother’s favourite hobby, but yours; or that more young people than ever are trying their hands at the incredibly accessible as well as calming activity. Besides, if you ever feel like you’ve flopped a baking attempt, channel your inner James Acaster energy and maybe even act like you’re giving a tutorial – it makes baking even more fun. Here’s a tip: make a deal with your flatmates that, if they want to add their own toppings to your cookies, they need to at least pitch in by washing up. And spare no instance of greasiness on your rubber spatula.