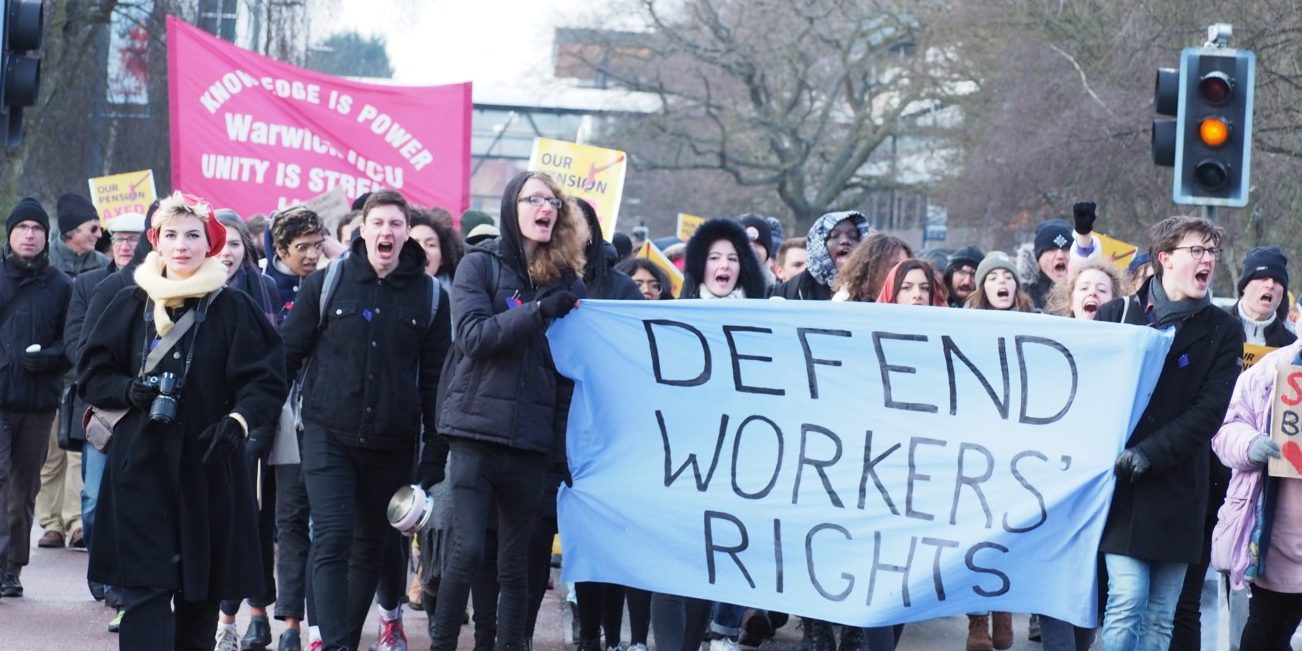 UK universities may see a nationwide strike in the coming months led by the University and College Union (UCU), who opened two ballots for strike action on Monday 9 September.

69 institutions – including the University of Warwick – to be balloted over pensions for the Universities Superannuation Scheme (USS) will join a further 78 in a ballot over “pay, workloads, casualisation and equality”.

UCU’s Higher Education Committee (HEC) has also confirmed that institutions will be polled separately until the ballots close on 30 October. Two days later, the HEC will meet to consider the results.

The ballot over pensions was triggered by the UCU’s dissatisfaction towards universities for failing to “address the declining value of its members’ pay, which has fallen in real-terms by 21% in the last decade”.

Proposals from universities to increase the proportion of USS members’ salary being paid into their pension further agitated the union.

In August, the USS Joint Negotiating Committee (JNC) backed plans to increase members’ pension contribution from 8.8% to 9.6% of their salary.

Prior to similar strikes in 2018, after which a Joint Expert Panel (JEP) to review the USS valuation was set up to make recommendations for the future, the contribution rate was set at 8%. A further increase to 11% in 2021 has also been forecasted.

Writing to the 69 institutions partaking in the USS in June, the UCU stated employers “should meet additional costs” instead of union members, and would face a strike action ballot if the contribution rate is not limited to 8%.

The union’s General Secretary Jo Grady said: “We have no desire to take strike action and the employers still have time to avert a crisis on campus. However, in order to do that they need to start negotiating with us credibly.”

It has also recently emerged changes to the USS will see a typical member “pay around £40,000 more in to their pension, but receive almost £200,000 less in retirement leaving them £240,000 worse off in total”.

“USS members should not be hit with extra costs and we want to work towards a long-term solution to address fundamental flaws with USS, how it is valued and how it is run,” Dr Grady continued.

“We don’t want to be running ballots year after year, we want these problems properly sorted.”

When asked about potential strikes, Duncan Adam, president of the University of Warwick’s UCU branch, told The Boar: “As of Monday 9 September UCU is balloting members over the failure to agree a reasonable settlement of the USS pensions’ dispute.

“The failure to implement the recommendations of the JEP means that we have not found a long-term solution to the problem of the cyclical valuation process. This failure has the consequence that in the short term members will pay additional costs to secure the same retirement benefits; something which is completely unnecessary and is counter to UCU policy.

“A successful result in the ballot will give UCU the mandate to begin industrial action towards the latter part of Term 1 with the precise nature and duration of the action to be determined at a later stage.

“Inevitably this will result in disruption for students, and we stress that the decision to ballot was not taken lightly and industrial action remains very much a last resort for our union.

“Such an approach is however necessary to protect pensions and to provide the security and remuneration package which allows university staff to provide a high quality learning environment for students.”

In response, the University stated they had no comment on the ballot, adding: “UK universities have had strikes before and as before our focus will be on working hard to reduce the impact our students.”

It originated from Universities UK (UUK)’s “proposals to end the defined benefit element” of the USS, which “would leave a typical lecturer almost £10,000 a year worse off in retirement”, according to the UCU.

The UUK suggested the move to a “defined contribution scheme” after the USS claimed in November 2017 that they “had a £7.5 billion deficit based on actuarial rules”.

However, the USS scaled down the amount to £3.6b this year, following an independent review which found that the deficit was lower than assumed.

In June this year, Jane Hutton, a Statistics professor at the University of Warwick and non-executive director of the USS Board, revealed to the Financial Times that she had found a calculation error which led her to suspect that the deficit had been “substantially overestimated”.

She was backed by over 1,000 academics, who called for an urgent inquiry into the deficit as well as “the conduct of the USS executive, Trustees and the Pensions Regulator”.

On Tuesday 10 September, Professor Hutton released an open letter asking for support in gaining information regarding the USS deficit.

“I am concerned that universities are being asked by USS to pay unnecessary monies to address a deficit in the pension scheme,” she wrote, adding that the USS Board has “repeatedly” denied her appeals for information.

According to Professor Hutton, the USS Board has asked universities to contribute £0.75b to meet their £3.6b deficit, although the same amount was requested for the original £7.5b shortfall.

She emphasised: “It is a matter of the utmost importance that universities do not divert money needed for research and teaching to meet a deficit calculated by faulty models.”

The professor added that she is supported by the JEP, who “concluded that a contribution of 29.2%” to the scheme “would make the risk of deficit negligible”, despite the USS’s proposal of 36.6%.

“I have in fact been suspended from the USS Board without proper explanation; I can only assume that the suspension arises from my persistence in seeking the necessary information,” she continued.

Sir David Eastwood, who chairs the USS Trustee Board, clarified in June that Professor Hutton’s suspension followed an “ongoing investigation…entirely separate from…‘whistle-blowing’ allegations” she made, and the reason “was made clear to her”.

The UUK also said: “We understand that the decision to suspend Professor Hutton was taken unanimously by the USS Trustee board – which has other UCU-nominated directors.”

“The matter cannot be resolved satisfactorily by suspending a director who is simply asking questions to elicit information on behalf of stakeholders,” her open letter read.

“If all the assumptions and models used by USS are correct, why would the Board deny a director access to the information?

“Surely demonstrating that the results are correct on the basis of public access to the information would settle the matter definitively.”