The plastic in our oceans will irreversibly change our planet

In just over 100 years, it has become one of the leading causes of environmental change, and until very recently its impact went largely unnoticed. But, with the threat of global warming at an all-time high, we must start educating ourselves on the dangers posed by plastic.

I find that the most shocking consequence of plastic in our world today is the pollution of our oceans. Every year, over 18 billion pounds of plastic waste flows into the world’s oceans, causing extreme environmental damage to the existing wildlife.

According to a recent study authored by researchers at Plymouth University, a staggering 700 different species are threatened by plastic pollution, many of which are currently endangered. Just last month, an orphaned dugong was rescued off the coast of Thailand and later died from an infection exacerbated by bits of plastic lining in her stomach.

For a sustainable future, we must first protect our oceans

The animal named Mariam became internet famous after images showed her nuzzling into rescuers when she became stranded on a beach in Thailand in April. Several pieces of plastic, including one measuring 20cm, were found in the animal’s stomach, a devastating loss for an already endangered species.

Nantarika Chansue, one of the vets who looked after Mariam, said: “Everyone is saddened by the loss, but it reiterates that we need to save the environment to save these rare animals”.

This could not be more true, and it is no wonder that so many animals are facing extinction. But all hope is not lost, and it is not too late to save them. There are ways to reduce the amount of plastic that we use, but we must act fast. Words alone cannot save these animals, we need action.

For a sustainable future, we must first protect our oceans. Studies have shown that switching to more sustainable materials can help reduce the level of plastic that ends up in our oceans, therefore protecting animals like Mariam from harm.

By simply reducing your use of single-use plastics, you could save entire species from extinction

The easiest way to do this is to reduce your use of single-use plastics. These include: plastic bags, water bottles, straws, cups, utensils and any other plastic product that is used once and then disposed of. On average, it takes 500 years for a plastic bag to fully decompose. However, the majority of single-use plastics cannot be broken down completely, and instead photo-degrade, becoming micro-plastics that absorb toxins and continue to pollute the environment.

These items pose a genuine threat to the wildlife in our oceans. A recent study by the University of Exeter found that green turtles are confusing black bin bags and other plastic carrier bags with their main food source, seagrass.

Dr Emily Duncan from the university said: “Sea turtles are primarily visual predators, able to choose foods by size and shape, and in this study we found strong evidence that green turtles favour plastic of certain sizes, shapes and colours”. Therefore, by simply reducing your use of single-use plastics, you could save entire species from extinction. The cost to you is small, but the reward for the planet is great.

Another major source of plastic pollution found in our oceans is micro-beads. These are the tiny plastic particles that make up most of our toiletry products, including some face scrubs, toothpastes and body washes. In fact, one single tube of face wash can contain up to 300,000 of these plastic beads.

But, if we have learned anything in recent years, it is that even the smallest of changes can make the world of difference in the fight to save the planet

Due to their size, micro-beads can easily travel through water filtration systems and end up in lakes, rivers and the ocean. Once again, these can be ingested by marine life causing problems that could prove fatal. Be sure to check the ingredient list of your cosmetic and toiletry products and avoid any that contain micro-plastics. It is also important to spread awareness of these issues so that businesses are made aware of the demand for sustainable alternatives.

Finally, recycling might seem to be an issue of national importance in the UK, but at present just 9% of plastic is recycled worldwide. Recycling is incredibly important as it helps keep plastics out of the oceans and reduces the amount of “new” plastic in circulation.

This affects issues such as deforestation, air pollution and wildlife depletion. The truth is, recycling is not an easy task. It is something that is easy to preach, and almost impossible to master.

But, if we have learned anything in recent years, it is that even the smallest of changes can make the world of difference in the fight to save the planet. Whether that is reducing the amount of plastic you consume, or spreading awareness for issues related to the environment, each of us has a duty of care we need to protect. 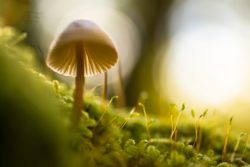 Could ‘magic mushrooms’ be the solution to our plastic problem? 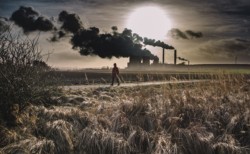 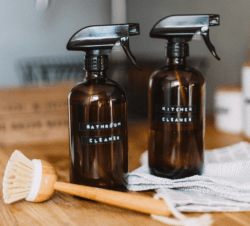