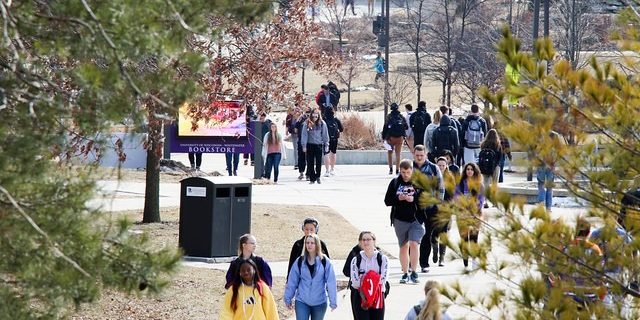 There is an “epidemic of loneliness” across UK university students contributing to a growing mental health crisis, a new report from the Higher Education Policy Institute (HEPI) says.

The report argues that Freshers’ Week, which aims to integrate students into university life, is not enough to combat rising loneliness, and recommends that universities should adopt “refresher weeks” at more regular intervals as a solution.

They added that first-year students who experience loneliness are more likely to feel dissatisfied with their quality of life, leading to a current spike in the number of students at UK universities suffering from mental health difficulties.

According to a study conducted by the Institute for Public Policy Research, approximately 3,000 first-year students in 2006 reported that they had a mental health problem. By 2015/16, this figure had risen to 15,000.

The latest research by the HEPI reflects that over one in six students are currently suffering from poor mental health, while the number of suicides among the student population have reached record levels.

Numerous reasons have been given for these increases. The latest report argued that new students may struggle to make friends at university, pointing to a study showing one in five applicants to university reported having a “wide circle of friends”, compared to 15% of first-year students.

Some have raised doubts as to whether ‘refresher’ weeks is an adequate way of tackling the problem, often characterised as being about drinking and going out.

One student, who wishes to stay anonymous, told The Boar that she “didn’t feel comfortable” when she started studying at the University of Warwick. While her “flatmates were always friendly, (she didn’t) enjoy drinking, and felt left out for much of the first few weeks.”

“With fees so high, and the job market so competitive, students feel under intense pressure to ‘succeed’ from day one,” said Eva Crossan Jory, vice president for welfare at the National Union of Students (NUS).

“While loneliness is a factor, there is also an increase in reports in isolation, depression, and anxiety amongst first-year students as a result.

“It’s important students know they can engage with their student’s union at any time, not just at Freshers’ Week.”

Commenting on the report, the HEPI’s Director Nick Hillman stated he was “struck by the finding that one-in-four students is often or, less commonly, always lonely”.

“This is not universities’ fault,” he continued. “When the BBC undertook a big study of loneliness last year, they found that 16-to-24 year-olds are even more lonely than some of the oldest people in our society, irrespective of whether they are in higher education or not.

“But universities are good places to tackle loneliness. I remember listening to another former NUS President speak about how lonely she felt at university and hearing how this led her into student union politics.

“Joining a society is one particularly effective way to meet like-minded people or, indeed, to find wholly new interests.”