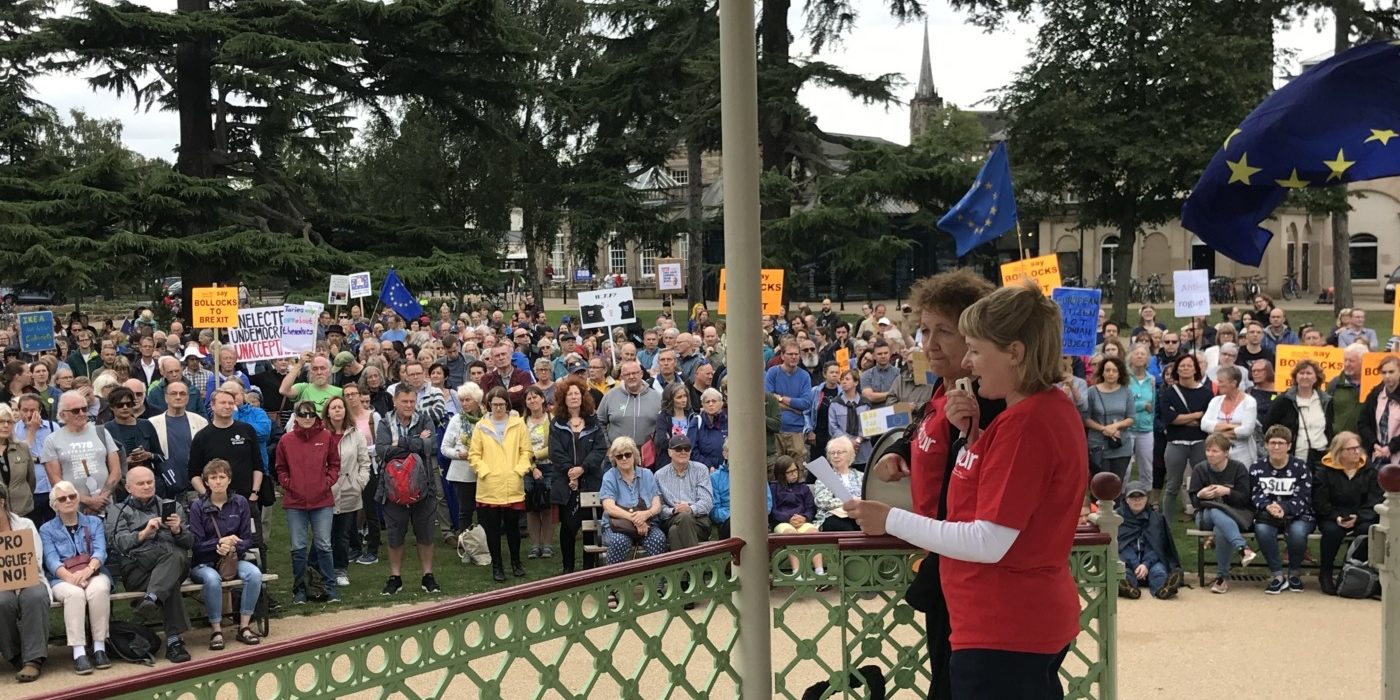 Over 600 locals and residents at nearby towns gathered in the Pump Room Gardens of Leamington Spa from noon today to protest the prorogation of Parliament.

According to the party, hundreds gathered in the rain to hear around 20 speakers, such as Warwick and Leamington MP Matt Western, University of Warwick Philosophy Professor Angie Hobbs, and Warwickshire County Councillor for Leamington Willes Helen Adkins.

Reacting to the prorogation announcement made by Prime Minister Boris Johnson earlier this week, Matt Western urged locals to join him in protest and quoted “industry leaders” in a tweet.

“Suspending Parliament throws us towards a No Deal that will have a catastrophic impact on the automotive industry in the West Mids,” he said.

Warwick and Leamington Labour Party told The Boar that amid “a fast moving political situation…future rallies and protests are likely to occur as long as Johnson keeps trying to suspend Parliament.”

Party member Emma Mort spoke to Lorna Bailey for BBC Coventry and Warwickshire today. She said: “For me this is not about Leave or Remain, it is about saying to the government we do not accept the shutdown of our democratic processes.

“This is absolutely not about stopping Brexit. This is about a prime minister shutting down our democratic processes. It sets a dangerous precedent.”

Former president of the University of Warwick’s Students’ Union (SU) Liam Jackson was also at the rally, entitled “Stop the Coup”. Others in attendance took photos of protestors carrying signs and flags of the European Union.

Leamington is out in force pic.twitter.com/nCR3N7Kjhp

The rally which began at the Pump Room Gardens later turned into a march as protestors headed to the Town Hall, where they protested outside.

We marched to the town hall to end the Leamington #StopTheCoup demonstration, chanting all the way! pic.twitter.com/39ZPrbgcXj

Here are the good people of Leamington Spa voicing their opinion of our Charlatan-in-Chief. https://t.co/EBLSwaLe55 pic.twitter.com/IJq1RnXmpe