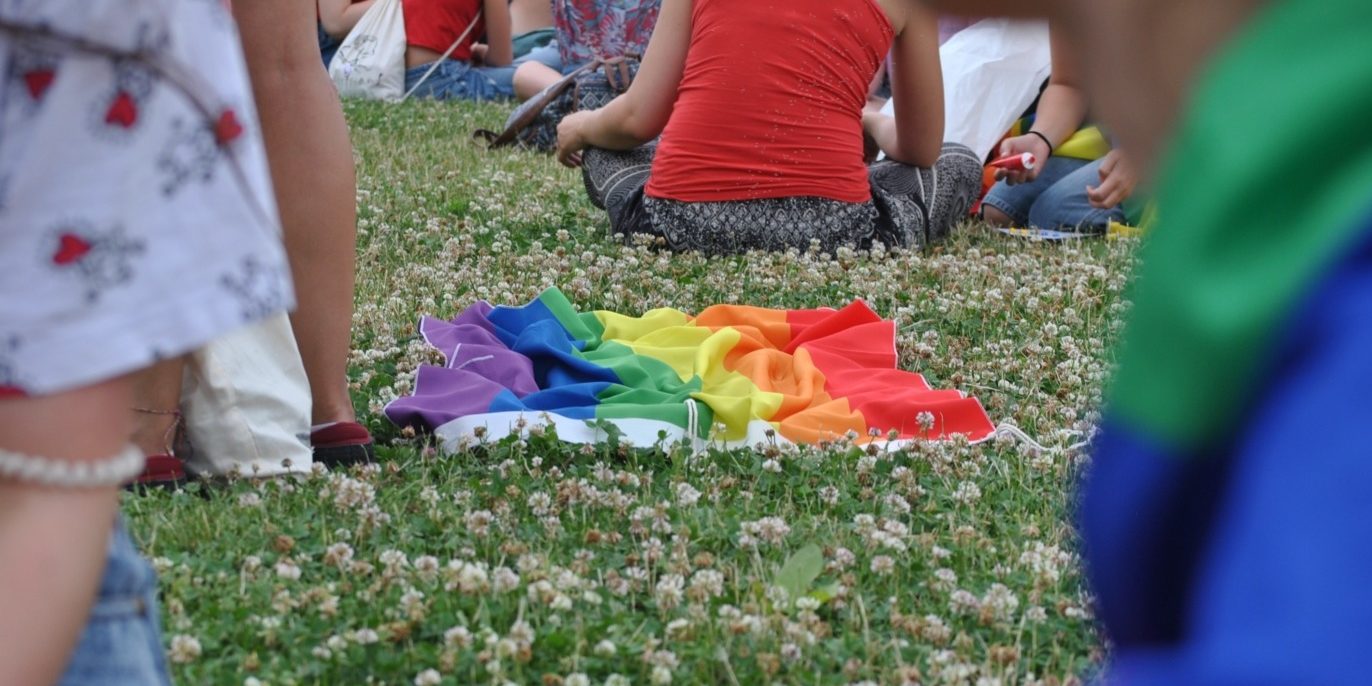 Banners advertising the event – which took place on Saturday 17 August – in the Pump Room Gardens of Leamington Spa were torn down across the town. Rainbow flags were also stolen from Warwickshire Pride’s stand in Royal Priors shopping centre.

Food was smeared over some of the remaining flags as noticed by Pride volunteers on 8 August, and leaflets were turned upside down so people could not see the information about Pride.

Mr Browne told The Boar: “The Priors are very supportive of Warwickshire Pride. They decorated the whole shopping centre with rainbow flags during the week of the Warwickshire Pride festival and we’ll work with them to try to identify the culprits.”

While Mr Browne highlighted Rugby and Nuneaton as “hot spots for abusive behaviour towards LGBT+ people”, he told The Boar that “the number of incidents in other towns such as Leamington Spa and Stratford-upon-Avon is rising, with homophobia and racism being particular concerns in Stratford.”

He added: “I’m not familiar with what the situation in Coventry is, but we have recently been supporting a non-binary person from Warwickshire who was the victim of transphobic abuse in Coventry. I don’t know how common incidents are in Coventry but even one incident of hate is one too many.”

Mr Browne elaborated further that “hate incidents have risen across all equality strands since the EU referendum.”

He said: “Whichever side of that argument you’re on is not important. However, it does appear to have given rise to people feeling empowered to voice or act upon the hateful opinions they may have always had. We’re seeing the rise of vocal politicians who are saying some unpleasant things and I think that’s filtering down into communities.

“However, despite the fact that hate is rising, ultimately it will never win.”

On 12 August, Warwickshire Pride also shared a post on their Facebook page showing a comment reading “kill the gays”, which Mr Browne said the group received via social media.

Speaking to the BBC, he said he found the abuse “upsetting” and that “it’s shocking that people still hold those views in 2019”.

He continued: “It can be disheartening, but ultimately it fires me up, it fires the rest of the Pride team up to continue the work that we’re doing.”

While Chief Inspector Dave Kettle from Warwickshire Police told the BBC that the police were “keen to support” these victims of hate crime, Mr Browne told The Boar that he was “disappointed” with the response from Facebook.

“When we have reported every single hate comment to Facebook the response has always been that the comments do not breach their community standards,” he shared.

The platform further disappointed Mr Browne after an advert for an LGBTUA+ youth group was taken down after Facebook said “it breaches their community standards by targeting people based on their identity”.

He said: “It doesn’t make sense that an advert for a support service gets taken down, yet they never seem to do anything about hate comments.”

As of now, the “gays should be killed” comment has not been reported or removed also because the police are investigating it and is being treated as evidence.

“Once the investigation is over, the comment may well be reported to Facebook but we won’t hold our breath for them taking action,” Mr Browne stated.

Abuse did not cease after the initial post shared on 12 August. Mr Browne told The Boar on Thursday 22 August that the group received more hate comments on Facebook afterwards, from more than one person.

The Pride chair elaborated: “As an LGBT+ charity we receive anti-LGBT+ comments via social media on a regular basis, so it’s something that we are sadly used to. However, this doesn’t mean it’s acceptable. We’ll continue to highlight hate and work towards making Warwickshire a safer, more inclusive place for LGBT+ people.”

As for the festival, Mr Browne said it “ran very smoothly and there have not been any reports of abusive behaviour”.

“We usually experience hate in the run up to Pride but fortunately have never experienced it on the day,” he shared. “I hope that if anyone did experience hate at Pride they would feel able to report it to us. Since the event things have quietened down on the hate front and we’re not aware of any abusive behaviour.”

However, Mr Browne fears hatred in Warwickshire is getting worse. Last year, an LGBTUA+ stall in Stratford-upon-Avon was shut down after organisers faced over 100 incidences of abuse in the space of three hours.

Our work on the ground suggests that there definitely is a rise with people being attacked, verbally abused, assaulted…it’s more rife than people think

“Our work on the ground suggests that there definitely is a rise with people being attacked, verbally abused, assaulted. It’s happening and it’s more rife than people think,” Mr Browne said.

He further noted that Rugby – which has the highest rates of hate crime in the county – “is a difficult place to be LGBT+”, as statistics from Stonewall and a 2018 survey by the borough council found that LGBTUA+ hate incidents in the town “are happening at a rate of more than twice the national average”.

Since the 2018 survey, Warwickshire Pride has been working closely with Rugby Borough Council to create an LGBTUA+ action plan for the town, including initiatives such as awareness training for all council staff.

Although there’s “no denying that hate incidents are on the rise”, Mr Browne says that he does not want to give the impression that Warwickshire is completely unsafe for LGBTUA+ people.

“We are here to support the whole LGBT+ community in Warwickshire, which includes many students who attend Warwick University,” he added.

“Being vigilant and reporting any incident of hate you see, hear or experience is important.”

Warwickshire has a dedicated hate crime reporting website at www.reporthate.now.com. Reporting can be done anonymously if the person chooses. The report can go to the police or the Hate Crime Partnership, who can allocate a case worker to ensure the victim receives all the support they need.