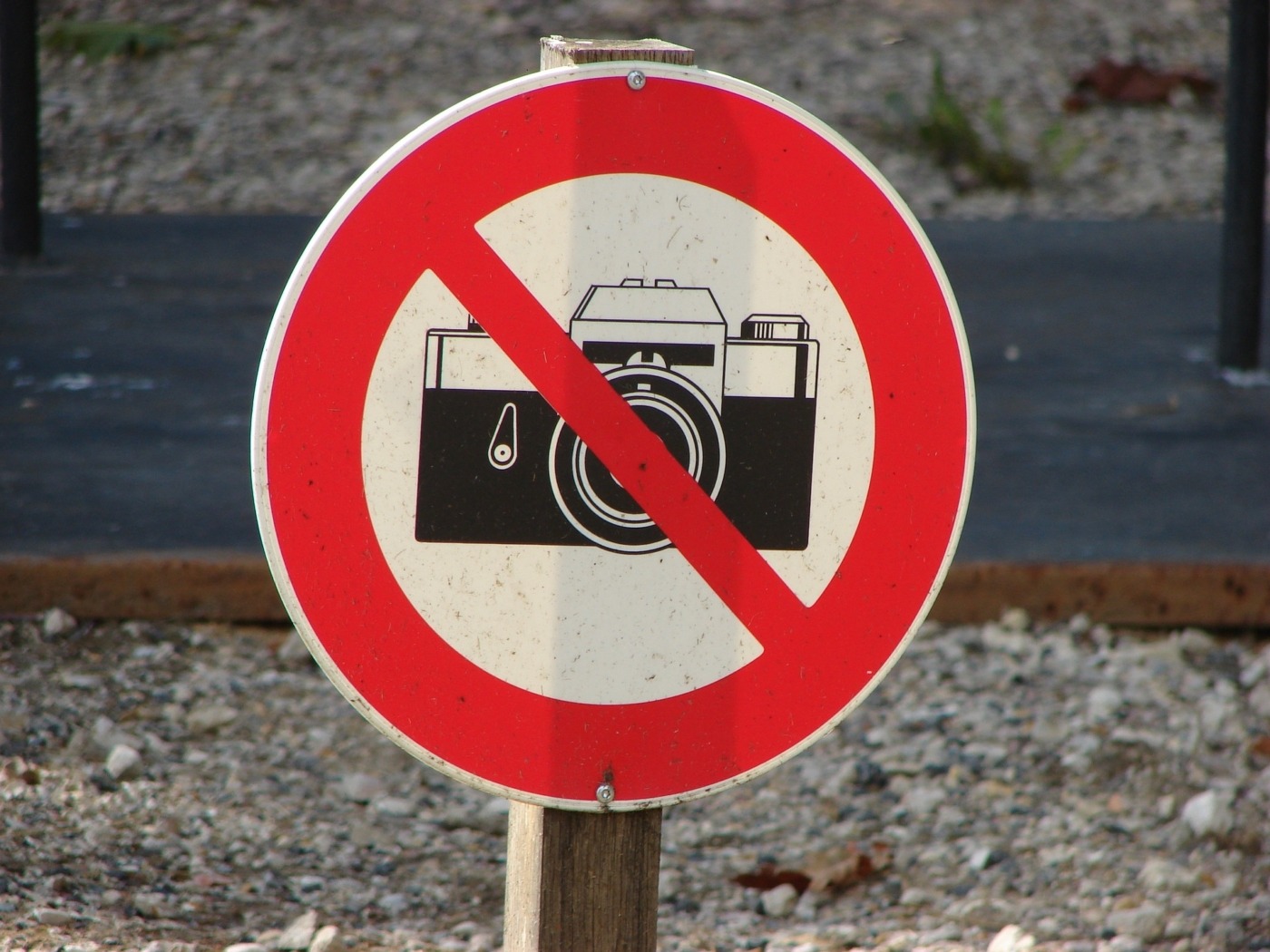 Even if you haven’t ever been to a museum or an art gallery, you likely know the one major rule – don’t take any pictures. But why? As many institutions are updating their policies on photography, why do some still ban it? Are photography and the art gallery doomed to be forever incompatible?

There are some circumstances where there is at least a cogent reason to ban photography – if you’ve ever been to a gallery and attempted to take a picture, you’ll probably have suffered a member of staff telling you that it will damage the artwork. The idea is that flash will irreparably destroy old paintings and documents as UV components bombard the item, and so it simply cannot be allowed. If you take photos, you’re contributing to the very end of the art. It has essentially been proven that this is a myth (save some particularly light-sensitive works), but the idea still persists to this day, and it’s one that the galleries will continue to throw at you.

If people can take their own photos, they have no incentive to buy anything, and the museum can suffer as a result

But as the science doesn’t stack up, why do they still use the excuse? And what about in the case of modern art, which certainly can’t use the same claim as rationale? Well, as ever, the major issue is money. Banning photos is believed to boost security, as it prevents terrorists and criminals from capturing alarm systems and cameras (although there is a counter-argument – the widespread sharing of images makes them harder for thieves to sell, reducing the value of the crime). People put themselves in harm’s way to get the perfect shot, and that ups the museum’s insurance bills. There are copyright concerns too, as unauthorised photos deprive the artist of revenue.

As shameless as it is to highlight, it’s also true that the lack of photography helps the museum’s coffers by forcing people into the gift shop. Museums and galleries are often short on money, and the shop is a major source of revenue – if people can take their own photos, they have no incentive to buy anything, and the museum can suffer as a result.

Patrons are allowed to take as many photos as they want, but they have to pay for the privilege, with the money being put back into the museum

What solutions are on offer to the problem? Some places have hit a middle ground – New York’s Metropolitan Museum of Art and Boston’s Museum of Fine Arts allow photography in their permanent collections, although it is still banned in the special exhibits. Another potential answer comes from the Natural History Museum in Rwanda, which charges a photography fee – patrons are allowed to take as many photos as they want, but they have to pay for the privilege, with the money being put back into the museum.

I also quite like the idea in place at the Newport Mansions, which only allows smartphone cameras. Larger cameras are banned to prevent high-resolution pictures from being taken, which would harm the revenue of the gift shop. However, as these cameras continue to improve, this is only a temporary fix.

Perhaps the best question is whether we should take photos in a gallery at all?

Perhaps we’re asking the wrong question – instead of asking whether we should be allowed to take photos, perhaps the best question is whether we should take photos in a gallery at all? You don’t truly appreciate what you’re looking at, and people taking photos creates congestion that ruins the experience for everyone. But, in an age where everyone has a phone in their pocket (and they feel the need to document every second of their lives) museums can’t just get away with a blanket ban on photography – it’s just not going to work, and they need to prioritise bringing people in first and foremost.

Nina Simon, the director of the Santa Cruz Museum of Art & History, said it best: “You are fighting an uphill battle if you restrict. Even in the most locked-down spaces, people will still take pictures and you’ll still find a million of these images online. So why not support it in an open way that’s constructive and embraces the public?” Museums need to change with the times, and allowing photos is one easy way of doing that.