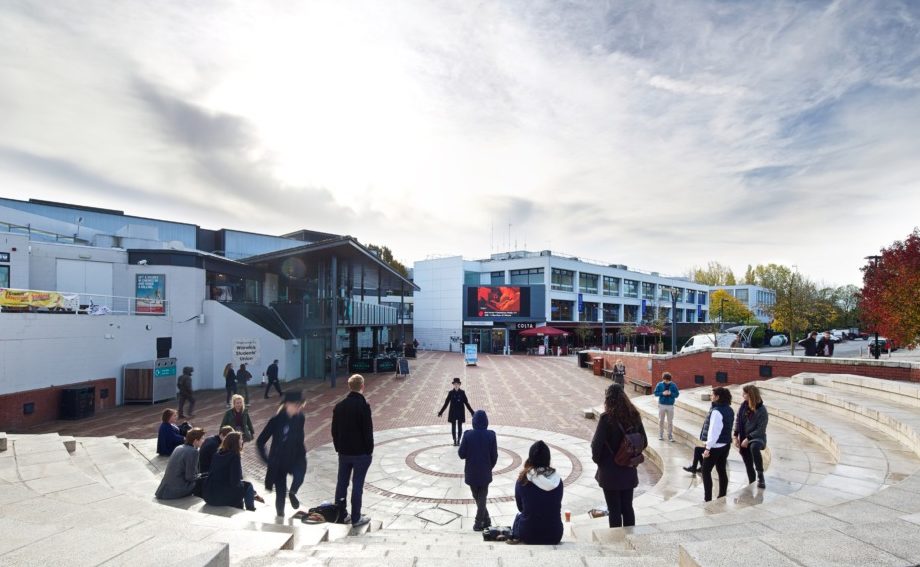 The University of Warwick spent £5266.30 on private security for the screenings of UEFA Nations League matches on campus, a Freedom of Information (FOI) request sent by The Boar has revealed.

Matches were shown on the Big Screen at the Piazza on 5, 6 and 9 June this year with a “significant increase in security” to ensure safety due to incidents at previous football screening events. Security hired by the University near the bus Interchange on campus. (Image: The Boar)

The cost of private security hire on 9 June amounted to £1528.76 for the screenings of two Nations League matches, England vs Switzerland and then the final in which Portugal won against the Netherlands.

The FOI results revealed that the total net amount  – including transport costs – was £4388.58, with the invoice total amounting to £5266.30 including tax.

A second-year student told The Boar: “The area around the piazza was heavily guarded by campus security who were carrying out bag checks as I believe alcohol could not be taken to the event.”

They added that bag checks also took place “near the bus interchange for anyone entering campus”.

Signs were put up stating that “no alcohol can be brought into the event”. Allegedly, people with bottles of alcohol were asked to throw them away.

Another FOI request sent by The Boar confirmed that no private security was hired for the screening of the Eurovision song contest in the same location on 18 May.

The Boar asked the University about the increase in security for the EUFA Nations League match screenings. They commented: “The screenings of the world cup matches on the big screen in 2018 became increasingly difficult to run while keeping everyone safe and happy.

“An escalating level of incident meant that the decision was taken to suspend the screenings of the games on the big screen so that we could review how best to run screenings of international football games as they clearly, for whatever reason, demonstrated very different dynamics from any other big screen event.”

The University made the decision to end the screening of World Cup matches on the Big Screen last year in order to “continue to safeguard students, staff and visitors on the piazza”.

There had been reports of unruly behaviour during the match screenings and the University confirmed to The Boar that during the England vs Colombia match an arrest took place, with disruptive behaviour contributing to the decision.

A final-year student who attended the England vs Panama commented: “More security makes sense even if it does dampen the mood a little bit, especially given how hectic the screening got last year.

“I didn’t know that many people could fit into the Piazza. It was even more than the protests I’ve been to, and the screening – although the camaraderie was strong – got really rowdy. Some of my friends left right after they arrived because of how frantic the crowd was. Almost everyone was costumed, there were drinks everywhere, I can’t even imagine how Panama fans were feeling surrounded by everyone else.

“Screenings are great overall for the student body but I completely understand why more security is needed. I’m not sure when the next time a screening with the magnitude of the England vs Panama game would be, but at least the University actually stepped up this time.”

The University said that since the World Cup last year they have “mounted football screenings of a similar nature, such as the UEFA Nations League but this time with a significant increase in security to address the potentially very different dynamics of those screenings and to ensure everyone is able to enjoy the screening while remaining safe”.