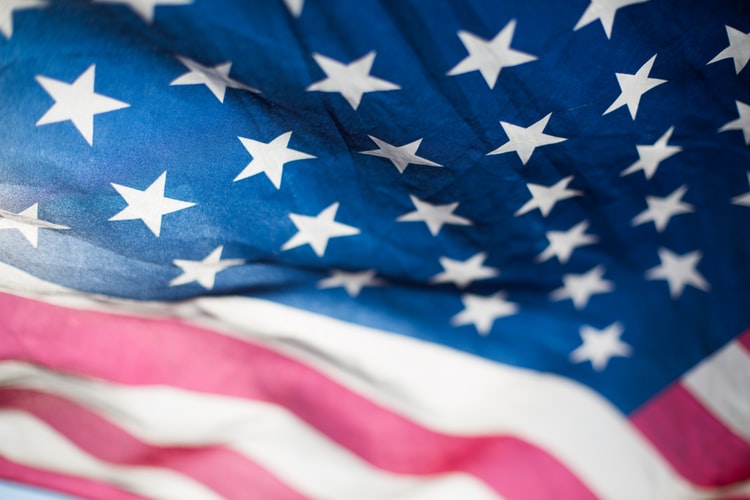 Since February, alongside productions in Manchester and Leamington Spa, there have been five Arthur Miller revivals at major London theatres. These include Miller’s The American Clock, The Price, The Crucible, All My Sons and Death of a Salesman. This sudden and intense resurgence of his drama begs the question – what is it about 2019 that has made this mid-century playwright so relevant?

Arthur Miller, oftentimes known for his (failed) marriage to the iconic actress Marilyn Monroe, is primarily recognised for his infamously tragic tales of botched American Dreams and unrelenting woe. Born in New York in 1915 to Polish-Jewish immigrants, the Miller family were themselves victims of the 1929 Wall Street Crash. The collapse of the stock market oversaw the complete liquidation of his father’s business and, subsequently, the family’s fortune. Miller wrote himself that whilst his father “thought he’d pick himself up and come back, […] he never did.”

Out-of-luck and pitiful fatherly figures resurface consistently in his writing, as well as tortured connections between brothers, and the Great Depression appears to haunt almost all of his major plays as a traumatic event. Often referred to as an “American Ibsen”, the Pulitzer Prize winner’s strength irrefutably lies in the personal touch he brings to the morality of his plays, and it is this same autobiographical essence that arguably gives his works their staying power.

What is it about our tense, troubled and polarised times specifically that have made him such a pertinent playwright in 2019?

Of course life, death, and human purpose are eternal themes that play out in every Miller work, but the question remains: what is it about our tense, troubled and polarised times specifically that have made him such a pertinent playwright in 2019?

Jonathan Church, director of The Price, which took place in Spring earlier this year in London’s Wyndham’s Theatre, perhaps encapsulates the answer to this intriguing question most effectively. He argues that Arthur Miller’s work is always sought after by actors and directors because, “there’s something extraordinary about [Miller’s] ability to write both the specific and the general … All his plays are linked to individuals, and he knows people so well … He has great insight into how human beings operate.”

For Church, this perceptiveness means that plays like The Price, which was in fact written in 1968, are “as relevant today as they were 50 years ago. The play is all about how life-changing personal decisions culminate in creating your identity.” Church in turn relates this soul-searching theme to Britain and America’s contemporary striving for national identity. For him, “what’s happening in Britain with Brexit and what’s happening in America with Trump is all about a search for identity.”

Actor Abhin Galeya, who starred in Rachel Chavkin’s production of The American Clock at The Old Vic in February and March of this year, focuses on another timeless and relevant aspect to Miller’s works, pointing out that “Miller’s plays are all about human drama. They talk about the world we live in, and the human struggle.” Galeya believes that this is particularly relevant right now with regards to everything that’s happening around the world, as not only are people currently “at a pivotal point, on the cusp of revolution […] but we’re working harder and harder nowadays, with the idea that money will make us happy […] Miller consistently challenges that in his plays.”

It’s impossible to ignore the evident links between the medieval witch hunts, McCarthyism and the 21st century phenomenon of Fake News

In turn, Jay Miller, the director of the most recent adaptation of The Crucible, which recently finished playing at The Yard Theatre in London in May, explained his decision to stage the 1953 classic in a much more emotive manner, yet nonetheless flagged up the similarities between America then and now: “It felt right to me, in the context of questioning who we are, to pick a play that’s a cornerstone of theatre culture, which speaks of what happens when a contemporary democracy goes wrong… I’ve never lived through a time when people have felt so distant from one another. People are scared to ask what each other’s political beliefs are. In this moment of disagreement, it felt right.”

He also felt that the theatricality of the play was incredibly relevant in this age of inflammatory rhetoric and politics played out on social media: “When screens create more distance between us, I’ve never felt theatre to be more vital. The production will celebrate that theatricality, and the theatricality of the hysteria in The Crucible. I hope to try and resonate the drama that’s created with every tweet of Trump’s”. It’s also impossible to ignore the evident links between the medieval witch hunts, McCarthyism and the 21st century phenomenon of Fake News.

Finally, as fellow Boar writer Alpana Sajip noted in her own review of David Fletcher and Gordon Vallins’ production of The Crucible in Leamington Spa’s The Loft Theatre earlier this year, this play “throws up vital questions about how women are allowed to tell their narratives, about female agency, and about the powerful consequences of gynophobia,” which resonates particularly effectively in a post-#MeToo cultural era.

The fact that Elliott chose to adapt one of Miller’s works into a tale about race, instead of staging a play which was written with this specific objective in mind, goes to show the extent to which Arthur Miller’s dramas are malleable

Marianne Elliott’s own revival of Death of a Salesman, which only finished playing at the Young Vic last week, perhaps offered one of the most poignant links to 2019. Her decision to make it a story about the travails of a black, Brooklyn middle-class family meant that, whilst the play was still about an ageing salesman who has invested so much in the American dream that he regards failure as a mortal sin, racial tensions simmered alongside those of class and family- sharpening the social drama of the production.

The simple fact that Elliott chose to adapt one of Miller’s works into a tale about race, instead of staging a play which was written with this specific objective in mind, goes to show the extent to which Arthur Miller’s dramas are malleable, and resonate with contemporary audiences. In this new era of populism where walls are being built across borders and islands are severing ties with the continent(all in the name of self-preservation and patriotism), racial tensions are heightening day by day in both America and Britain.

In a world with political systems that drive many to the brink in pursuit of wealth, All My Sons feels as timely as ever

On the 8th of June, I went to watch Jeremy Herrin’s production of All My Sons at The Old Vic. In these times of fake news and moral uncertainty, this fine production of Arthur Miller’s play rings as true as ever. All My Sons zooms into the lives of Joe (Bill Pullman) and Kate Keller (Jenna Coleman), a successful middle-aged couple living a form of the American Dream. But at what cost? One of their sons (Colin Morgan) suffers from post-Second World War survivor’s guilt, the other is missing in action.

The play makes the audience privy to Joe Keller’s long-coming downfall and reveals gradually that this (flawed) tragic hero continuously compromises his morals for monetary gain. Yet he is uneducated, and it is clear that the Great Depression is fresh in his mind, acting as a constant fear and drive for his actions. He prioritises his family’s happiness over all else, but to the point of harming them all. His flaws prove to be fatal and, whilst the audience disapprove, they do not entirely condemn. The world around him is flawed also, with systems in place to drive the working man to destruction. Kate Keller is also flawed, and it is, after all, her denial that reveals the truth of her husband’s crimes and reverses her own fortune.

The family saga of capitalist exploitation and guilt in wartime is, in part, an assault on the twin American gods of family and profit, but this is not simply a play about war profiteering. As the American critic Harold Clurman pointed out, Miller’s true theme is “the way a distorted individualism has replaced the idea of responsibility to the community.” In a world with political systems that drive many to the brink in pursuit of wealth, All My Sons, almost seven decades after its first premiere on Broadway, feels as timely as ever.

So, why the spate of Arthur Miller revivals? And why now? Well, he is most certainly one of the only playwrights capable of successfully translating the population’s own angst and tragedy, and he relentlessly addresses the truths which are deemed by society too terrible to face. Most importantly however, I believe that at this time of social unrest and fakery, when lies masquerade themselves as truths, we find comfort in Miller’s moral rigour. If Arthur Miller’s plays bring audiences to their feet, it is not just a tribute to the performances but also to the enduring power of Miller’s appeal to our collective conscience. 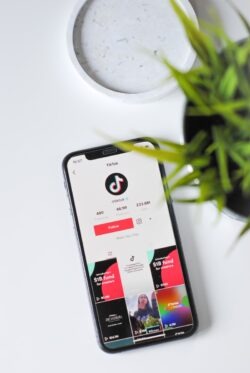 Art and Algorithms: How TikTok is threatening creativity 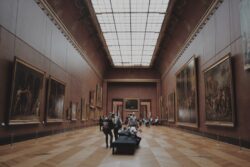 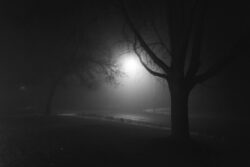