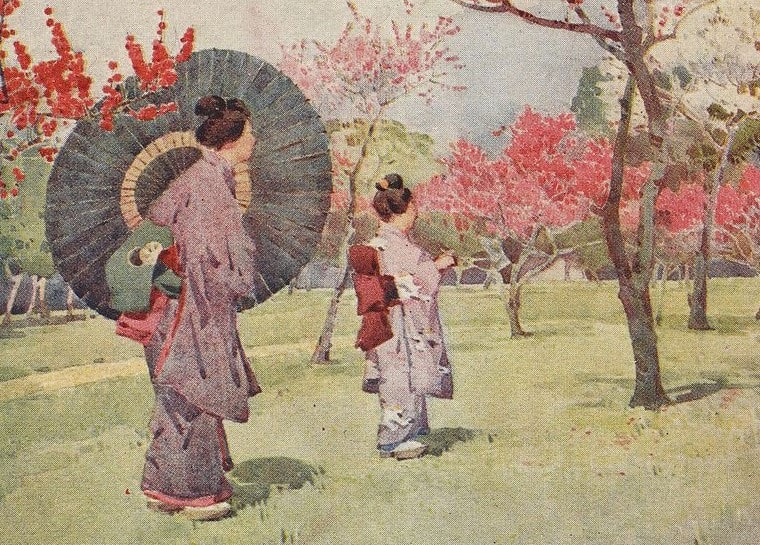 The cultural significance of the kimono

In an age of heightened cultural awareness and diversity, celebrities and fashion brands are frequently called out for their seeming ignorance regarding other cultures’ history. This is not the first time Kim Kardashian West has been criticised for cultural appropriation.

Kardashian West has most recently come under fire for naming her new shapewear brand ‘Kimono Intimates.’ In particular, criticism has come from Japan. Kim’s product, in the eyes of some, strips the cultural history from the traditional Japanese garment. It is clear that Kim’s shapewear looks nothing like the traditional kimono. Kardashian West has since announced that she will be renaming her product, but the debate brought to light an understanding of the rich history of the kimono that should not be forgotten. Yuko Kata of the BBC argues that for many Japanese people, wearing a kimono is a way of maintaining connections with history, culture and Japanese identity when so many aspects of lifestyle in Japan have become westernised.

Researching the way that the kimono has been worn throughout the ages has given me a fascinating insight into how Japanese society has changed and how its traditional dress has reflected this.

The Victoria and Albert Museum explains how the term ‘kimono’, meaning ‘the thing worn’, was first adopted in the mid-19th century, but the garment was the “principal item of dress” in Japan as early as the 16th century. And clothing that is similar in style to the kimono has been worn in Japan since the Heian Period (794-1185).

It was traditionally worn by commoners or as an undergarment of the aristocracy. The kimono is a powerful symbol of Japanese heritage, but it is a simple garment in terms of its structure. It is worn wrapped left side over right and secured with a sash called an ‘obi.’ The wrap style allows for easy movement which is important in a culture where many activities are performed seated on the floor. The pattern on the surface of the garment is significant. Social status and personal identity are expressed through colour and decoration. Kimonos worn by younger women, which were the most richly decorated, are the ones that survive in collections. The images depicted on the materials have complex meanings. One popular image is that of a crane, which is a symbol of longevity and good fortune. Colours also have metaphorical meanings, and dyes embody the spirit of the plants from which they are extracted. The most popular colour is red, which signifies youthful glamour and allure.

During the Edo period of Japanese history from the 17th-19th centuries, which saw political stability and economic growth, the kimono developed as a way of expressing wealth. There were fashion contests between the wives of wealthy merchants.

The Meji period, just before the First World War, saw Japan’s military government undertaking a process of Westernisation. The Japanese elite adopted western dress, which was seen as the most ‘civilised’, and kimonos were exported to Europe, where there was a craze with everything Japanese.

The interwar Taisho period saw industrial development and the popularity of Western clothing. And with this, kimono styles became more vibrant.

In the 1930s, graphic imagery began to be used on garments to represent nationalism and modernity. According to the V&A, young boys’ kimonos often featured planes, trains and cars, symbolic of Japanese modernity. This is illustrated within the below image of a boy’s kimono from 1933, which has strong nationalist symbolism: Today, the older generation continue to wear the kimono, as do those working in traditional restaurants. Mostly, kimonos are saved for special occasions. As a result of this, the kimono’s symbolic significance has strengthened.

After the Second World War, the kimono was less popular as it became entwined with Japan’s feudal past and a symbol of women’s oppression, but there has been a resurgence in its popularity wordwide.

Second-hand kimonos are becoming popular with young people across the world. The kimono inspires fashion on websites such as Boohoo.com and PrettyLittleThing.

Kardashian West said in a statement to the New York Times that the name was a “nod to the beauty and the detail” that goes into making kimono. She said that the brand has inclusivity and diversity at its core. People were not convinced – #KimOhNo was trending on Twitter.

The history of the kimono is clearly as vibrant and fascinating as the designs on the traditional garment. It is important that celebrities are aware of their cultural impact and inspirations and Kardashian West has undoubtedly done this by ignoring the history and significance of the kimono in choosing the name for her brand.