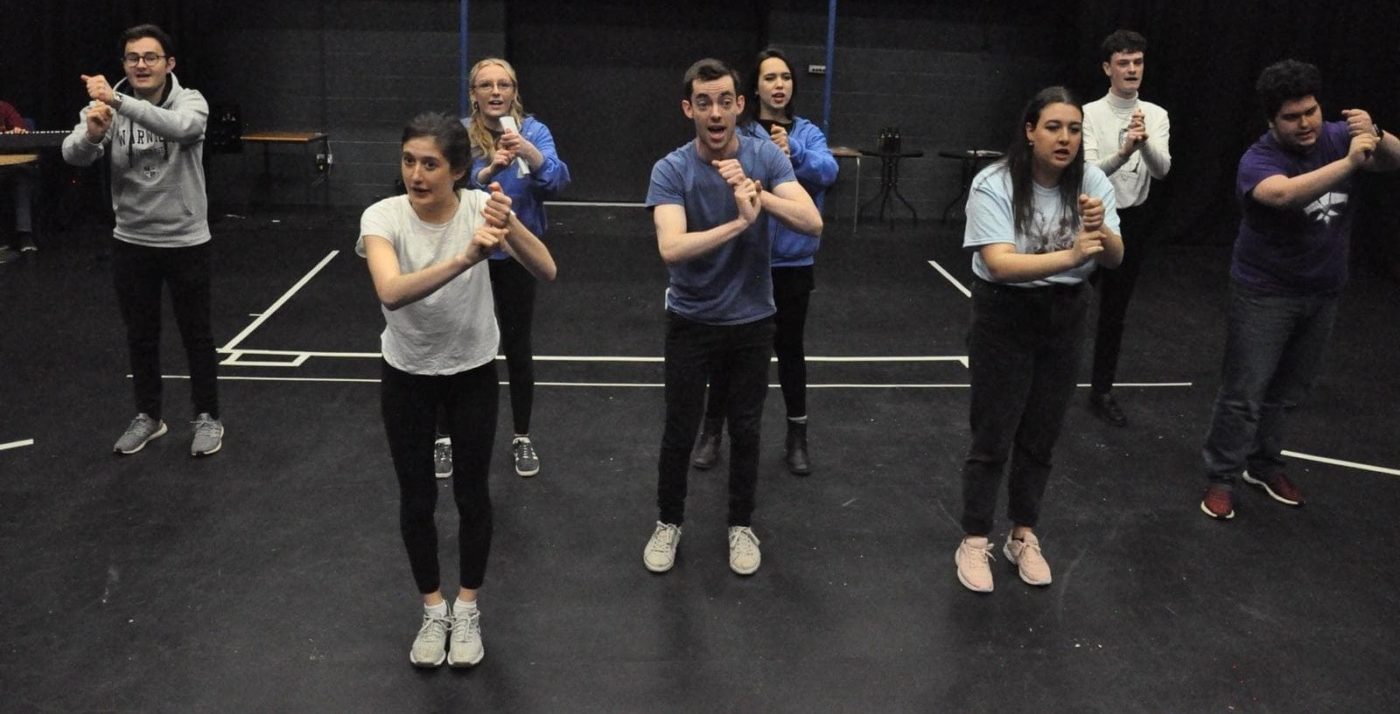 At this point in term three, I think it’s safe to say we’re all pretty exhausted. Exams and essays have taken their toll, and I for one am feeling quite drained. But what better way to cheer everyone up, and finish the year on a high, than by staging a classic comedy?

WUDS’ A Chorus of Disapproval is doing just that. Joe Matty, who plays lead character Guy Jones, says: “If you need some light-hearted relief and you want picking up, then you should definitely be there.”

As for the play itself, director Jacob Buckley tells me: “the show follows a man called Guy Jones, who’s a widower overcoming his wife’s death. He’s sort of like: ‘you know what’ll get me out of this depressed state? Some amateur dramatics!’ He lives in a small town called Pendon, he joins their amateur dramatics society and then has to navigate a cast of colourful characters and has to negotiate business deals, love interests and putting on a show itself. They’re putting on the Beggar’s opera, so there’s wigs and costumes and all sort of things.”

We’ve had so, so many fantastic performances this year from Warwick drama, and we thought this would be a nice way to round that off

I asked the team whether putting on a comedy at such a stressful time of the year was relieving. Lucy Chamberlain, who plays Hannah, agreed: “I always know that if I go to a Chorus rehearsal I can just de-stress and just have a laugh.”

Jacob adds: “I think it’s something we were really pushing when we were putting forward the show as well. It’s just a really nice way to end the year. We’ve had so, so many fantastic performances this year from Warwick drama, and we thought this would be a nice way to round that off.”

But don’t be fooled into thinking that this is just a standard, slapstick comedy – Jacob assures me that there’s far more to it than that. “I think something that definitely attracted me towards the show was how character-driven it is. Rather than it being a gag a minute, the whole thing is underlining those characters, and there’s a real connection with them and the real situations they’re in.

It’s really nice to give people the opportunity to do a comedy, because there just aren’t that many here

“But also how distinct those characters are is really exciting. We’ve got a cast of 13 including a pianist, which is so exciting, because they’re so different. The show itself relates to, if you’ve ever been to a small village fate, or you’ve done an am-dram show, you’ll definitely recognise those situations and characters and think ‘yeah, I’ve seen that’.”

Chloe Binfield, the show’s assistant director, adds: “It was really nice as well to give 13 parts that are six female, seven male. That gender split is really cool because it’s not always the case. There’s a lot of big shows with a lot of male characters.” Jacob continues: “And all those female characters are so strong and really have their moments to shine.”

Chloe goes on to say: “It’s really nice to give people the opportunity to do a comedy, because there just aren’t that many here. I think they’re really hard to do, that’s one of the reasons why. It’ll be great to give everyone a laugh at the end of a long, exam-season term three.” Joe and Lucy both tell me that they’ve never really done a comedy before: “It’s different.”

It’s clear from talking to the team that they all really enjoy rehearsals because of that comedy aspect. Lucy tells me: “It’s a large cast so I think that makes it extra fun – there’s lots of personalities and there’s always something going on.” Chloe says that “the hardest thing about rehearsals is not laughing and not corpsing in the scenes.” Joe adds: “They’re very wacky characters. It’s cool, it should be high energy, a laugh-a-minute fun.”

But the show isn’t all laughs. Joe says: “I’ll be interested to see what people think of the end – no spoilers – but I’m excited to see the different reactions to it, because it’s certainly not what you’d expect. I’m interested to see what people will take away from that. I think as well, although it’s a comedy and its very silly and wacky, there’s a real sadness behind a lot of the lines, and that’s where some of the real humour comes from. That’s the really interesting thing about the play, it makes it exciting to navigate as an actor.”

Chloe continues: “They’re all very bold characters, and that’s what makes them interesting. Rather than just being a comedy, there’s more to it than that.” Jacob expands, saying: “It’s very character driven, which is the thing that drew us to it in the first place. The comedy comes from the characters, it’s not a show that’s just like ‘gag, gag, gag’. There’s a real sympathy and connection that comes from how character driven it is, which is nice.”

I questioned whether that character-driven focus has made acting in the play harder. Joe confesses: “For me, personally, it’s been quite difficult, because Guy’s a very shy, introverted character, so he doesn’t drive a lot of the action. Stuff just happens to him by accident and he just plods through it all, which is kind of tricky to play.

“In general, finding the line between the comedy and making sure it comes from a real place is challenging. We can’t just do stuff because it’s funny, it has to feel rigid, and that’s why we’re talking about the characters sometimes laughing through the pain. There’s something that underlines the whole thing that you have to respect.”

Lucy adds: “You have to make sure that you’re doing things because your character would, and not for comedy. I found it really challenging because I don’t feel like I’m like my character at all, I just feel like I’m very different.”

Joe mentions: “We’re the least funny characters in the play.” “Which is also extra hard,” Lucy finishes, “But I feel like it’s been really challenging in a cool way, because I don’t feel like I share that many similarities with my character, so it’s about finding ways to access her.”

I was interested to know what the staging’s going to be like. Jacob explains: “The show is end-on. It’s weird because a lot of the shows in the Arts centre studio this year have ended up being thrust, apart from X. This term, we’ve had more end-on stuff, with Normal Heart and Dogfight.

“The main set is a village hall. So we’ve got some staging that makes it look a bit run-down with horrible paints and some notice boards and all that stuff.”

Joe adds: “It’s quite fun as well because of it’s metatheatricality. You’re not quite sure where the Arts centre theatre ends and the Pendon theatre begins. There’s a real blurring between them, which is fun to play with.” Jacob explains: “There’s one scene in the show which is like a tech rehearsal, so we’re doing a tech rehearsal within the show, which is really fun.”

What a better way to celebrate the end of term three than go to a fast-paced, energetic, loud comedy?

That recognisability and metatheatricality seems to be what makes the show so good. Jacob tells me: “If you’ve ever been at a small community event, you’ll definitely relate to it. I think it’s very universal.”

Joe also adds: “I realised today, just how much the show is like the village in Hot Fuzz. Those wacky characters and just that weird community feel where you’re not quite sure if it’s safe anymore. It gets a bit uncomfortable and a bit strange.”

Chloe concludes: “You’ll recognise the characters, you’ll recognise the struggles they go through and the high-points. You’ll sympathise with some of them, not with others. I just think what a better way to celebrate the end of term three than go to a fast-paced, energetic, loud comedy with fabulous characters?”

As Joe advises: “Let loose, have a few drinks, come on down to see chorus.”

WUDS’ A Chorus of Disapproval is at the arts centre from Wednesday 12 – Saturday 15 June. Tickets are available here. 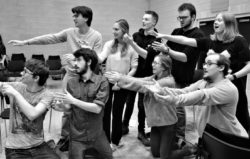