Recently, a student from the University of Essex woke up in her university bedroom to find a man she did not know having sex with her. This man did not go to the university, and she had never seen or interacted with him before. In December, a male student at Cambridge University was jailed for sexually assaulting another student in her own bedroom. These cases should be shocking and incredibly alarming, but they seem to be becoming more and more common. If students are not even safe from sexual assault in their campus bedrooms, then are they safe anywhere on campus? Are we safe at Warwick?

In 2018, the results of a study of 4,500 students across 153 different UK institutions were released, with shocking numbers. 62% of students and recent graduates said that they experienced sexual violence at universities in the UK – this includes groping, harassment, unwanted touching, coercion, sexual assault and rape. What’s more shocking, is that only 6% of these cases ever got reported; further, only 2% of students that had been victims of sexual violence felt satisfied with the reporting process at their university.

It makes me sick that these things are commonplace, and people generally think that they’re okay – they are not okay, and it’s time we started realising that

In my experience, sexual assault has become almost commonplace on campus. But the worst part is, it’s generally accepted as the normal. I’ve heard countless stories from friends about unwanted attention on nights out – from being touched inappropriately and non-consensually, to being catcalled and verbally assaulted, to agreeing to go home with someone “because they wouldn’t leave me alone”, I have never spoken to a female student that hasn’t experienced some form of harassment (and I know a few male students that have experienced the same thing).

These stories are laughed off, brushed under the carpet as just “something that happens” when you go out to a club, or walk alone late at night. I’ve heard stories of people being pressured into sex by their partners – but it’s “fine, because we’re dating” – and of people waking up not knowing whether they’ve had sex or not, due to the amount of alcohol in their system. It makes me sick that these things are commonplace, and people generally think that they’re okay – they are not okay, and it’s time we started realising that.

Over my three years at Warwick, campus has gone from being my safe haven to a place I try not to think about

With the recent “rape group chat” incident here at Warwick, rape culture has shown itself once again. While the messages themselves were shocking enough, what really shocked me was the people defending the actions of the men in question. So many people have given the okay for men who made fun of actual rape victims – who named them, in fact – that I feel as though anyone could be targeted. There have been many claims of “free speech” being violated by their suspension, and while I can agree that free speech is important, free speech does not mean you are free from the consequences of your words. But when the consequences seem to be so lax and acted with the perpetrators (not the victims) in mind, universities are, whether knowingly or not, responsible for more of this behaviour popping up. Whether true or not, I cannot help but feel as if the university cares more for the perpetrators than the victims.

Over my three years at Warwick, campus has gone from being my safe haven to a place I try not to think about. I can no longer go for a carefree stroll alone through Tocil Woods, without thinking about the man that chased me through it in broad daylight. I can no longer buy drinks in the Copper Rooms, after seeing my friend get hers spiked and taking care of her all night. I feel wary of being open about who I am, with posts on Warwick groups online attacking all types of minorities, sometimes denying their right to even exist. There is no one incident that has made campus not feel safe, but a myriad of events that have happened to me, to my friends, to people I barely know.

In the future, I hope Warwick can start to put the safety of their students first; but for now, I know there’s a part of me that’s glad to be leaving this summer.

Note: This article is unrelated to The Boar‘s recent story ‘student charged with rape allowed to play in Varsity’, and any other prior reports regarding rape and sexual assault on campus 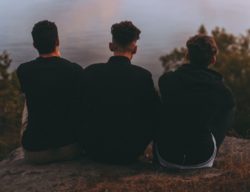 A letter to Warwick men, from a Warwick man