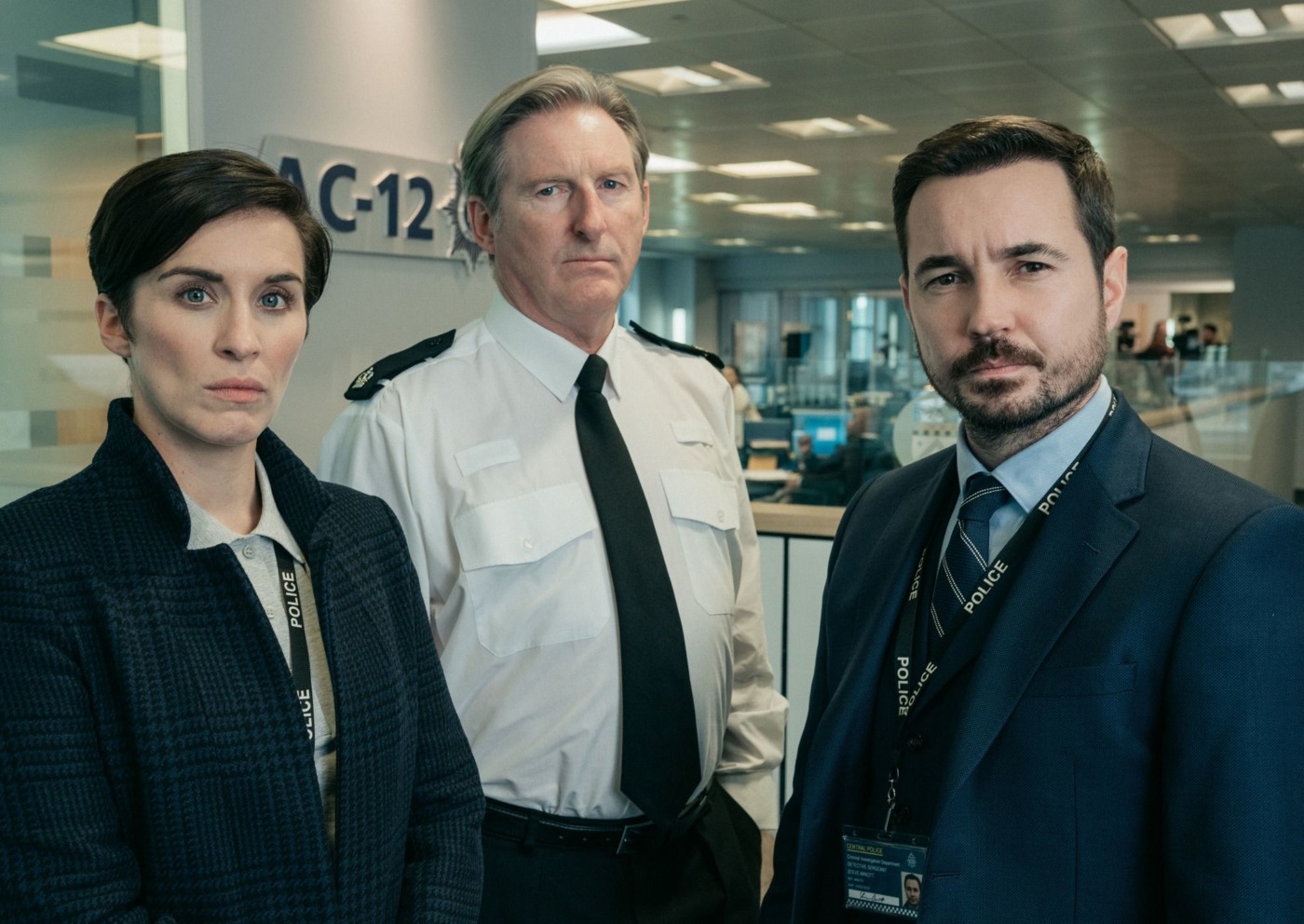 No matter how much you might enjoy a series of Line of Duty, there’s definitely a natural inclination to sigh with relief when it’s over. Finally, after weeks of anxious speculation and second-guessing, we have all the answers. Or, at least, all the answers that we’re getting for now. There will always be a number of questions left hanging for the future, but Jed Mercurio is at least merciful enough to generally provide a degree of closure at the end of each series.

Finally, after weeks of anxious speculation and second-guessing, we have all the answers

Of course, this finale was cause for a particularly big sigh of relief, as we saw Kate and Steve clear the name of Superintendent Hastings, who was miraculously reinstated (contrary to my pessimistic prophecies last week). Since the issue that I’ve rallied against the most across this series has been the shade cast on Hastings, it would only be right to concede that it did make for good television, particularly in these last two episodes. I still maintain that, set-up or not, there was still one too many coincidences making Hastings look guilty (the disposing of the laptop was particularly facetious), but it was chilling to see how the past of even the most dependable officer could be made to look incriminating.

This episode itself devoted most of its time to mounting up the suspicion on Hastings and backing him into a situation that looked like he’d never get out of. That said, my fears were allayed quite early on, as we saw Kate and Steve heading off on their own investigations, which would undoubtedly lead to the truth that would save Hastings. It was also good to see the finale return to the story of John Corbett, uncovering the role that he played and deepening the tragedy of his death even more. Poor Corbett, as Hastings points out, was arguably the greatest victim in all of this. Although, before getting too bleary-eyed for Corbett, it’s worth remembering that he was still responsible for the death of Maneet and many others.

If I were to criticise this finale, I would have to say that, structurally, it is incredibly similar to the Series 3 finale. Back then, it was Steve rather than Hastings who was in the frame, while Kate worked in the background to turn the tables on the real culprit who was setting him up. It doesn’t help that I re-watched this episode only recently and am inclined to conclude that it does all this a lot more effectively.

Gill Biggeloe as the ‘H’ of this series was not a complete surprise, but it was a satisfying conclusion. Despite suspecting her earlier on, I fell into this episode’s trap of believing that she was genuinely on Ted’s side and consequently forgot to suspect her. It took a long time to get to this revelation, leaving us with a rather frantic final act, building up to the further twist that there were four ‘dots’ to be apprehended. It was a neat way to allow us to have our H this series, whilst still leaving something for the future. It also proved Dot to have ridiculous expectations of what would be interpreted from his dying declaration. In fact, the ‘four dots’ theory is so far-fetched, that they could just as well reinterpret it all over again next series if necessary.

On the whole, Series 5 has been another round of twists and thrills, but I don’t think it’s been one of Line of Duty’s strongest. The series has taken to revelling in its own reputation a little too much, such that some of the twists (e.g. the death of Hargreaves) felt like they were trying too hard. There is a slight feel, at times, that Mercurio is more concerned with prompting audience reaction than providing a credible and satisfying story. Above all, I look forward to a new series in which we can move on from this year’s tiresome story-arc of trying to make us suspect Hastings.