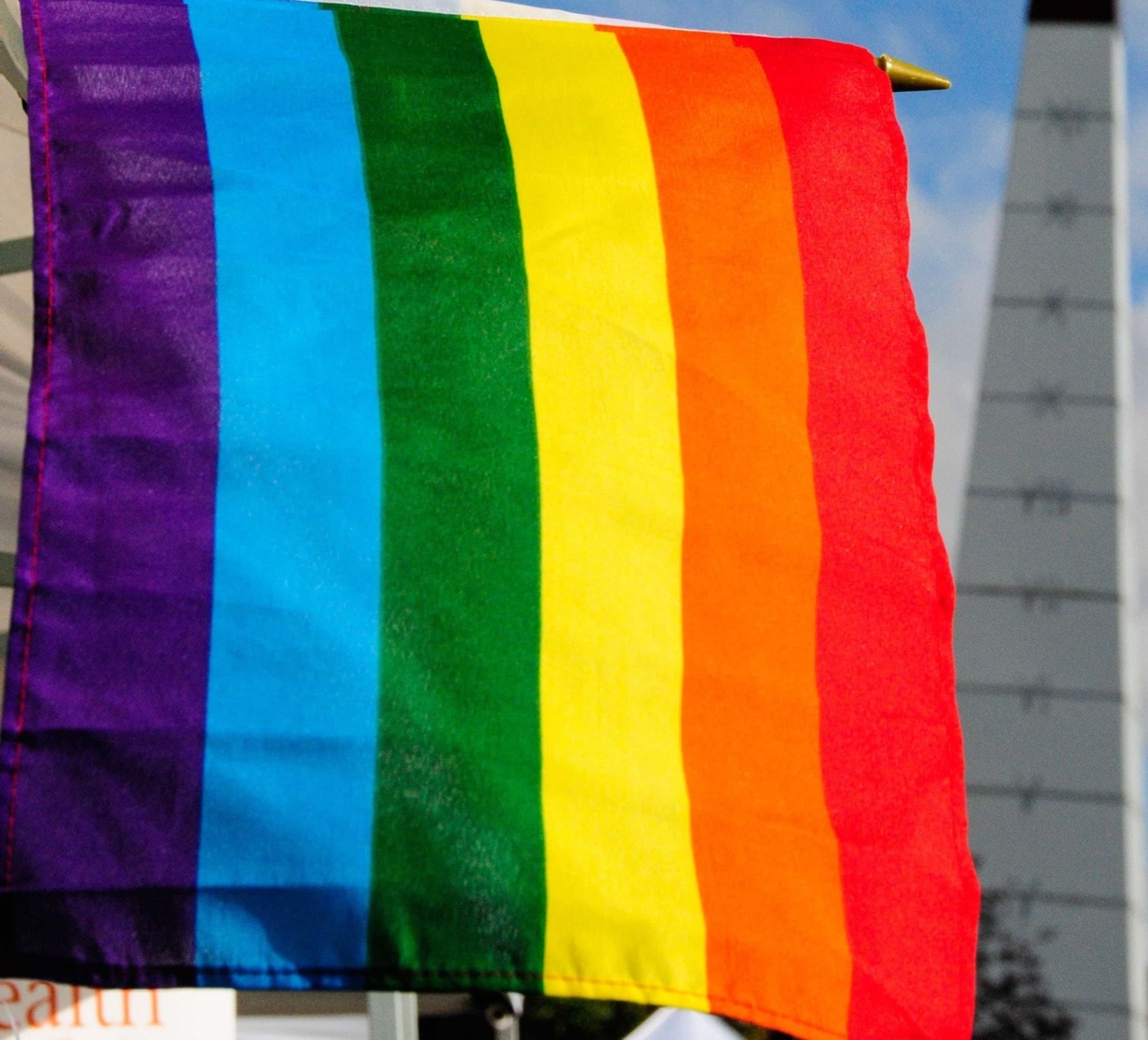 Death by Stoning: How should we address Brunei’s new LGBT+ laws?

O n 3 April 2019, Brunei’s new penal code based on strict Sharia laws fully came into effect, punishing homosexual sex between men and adultery with death by stoning. Sharia law was first introduced in the miniscule nation-state in 2014, despite strong condemnation from international bodies. The new laws were implemented gradually, with the first phase, enacted in 2014, covering offences, such as exposing the beliefs and practices of religions other than Islam to minors under the age of 18, punishable by fines and prison sentences.

Full implementation of the penal code was planned over the course of three years, with the second phase covering offences punishable by amputation and the third phase death by stoning.

The delay in implementation is suspected to be a result of initial backlash towards the first phase. Matthew Woolfe, founder of human rights group The Brunei Project, suggested that the government might have hoped for media attention to die down before quietly rolling out heavier punishments. The penal code was posted on the attorney general’s website in December, but did not receive any media coverage until attracting public outcry last month.

Sultan Hassanal Bolkiah, who is the country’s Prime Minister, issued a statement declaring that the country is a ‘sovereign Islamic and fully independent country and, like all other independent countries, enforces its own rule of laws’ and argued that ‘the Syariah Law, apart from criminalizing and deterring acts that are against the teachings of Islam, also aims to educate, respect and protect the legitimate rights of all individuals, society or nationality of any faiths and race.’

As sovereign ruler of the tiny Southeast Asian nation, Sultan Bolkiah holds many titles. As prime minister, finance minister, defence minister and foreign affairs minister, he effectively runs the country singlehandedly. The Sultan is also obscenely rich, reaping benefits from the country’s oil reserves, with a net worth estimated at $20bn according to Forbes. For comparison, the Queen’s net worth is at least $520m, and the British royal family’s net worth totals around $1.1bn.

Is Sharia Law an effort to clean up the Sultan’s family’s name, and to assert his legacy as a patron of hard-line, conservative Islam in Southeast Asia?

Before the imposition of the new Sharia penal code, the Sultan and his family were known for their lavish lifestyles. During the 1980s and 1990s, the Sultan and his brother led a life of hedonistic excess, reportedly running a ‘harem’ in their palace. He was the richest man in the world for many years, owning the biggest private residence in the world – the Istana Nurul Iman. The palace is fitted with 1788 rooms, 257 bathrooms, a garage for 110 cars and an air-conditioned stable for 200 polo ponies. For his 50th birthday, the Sultan’s two-week celebration included a performance by Michael Jackson. He parades around the capital, Bandar Sri Begawan, in a gold-plated Rolls Royce. The new laws seem to be directly in contrast with the Sultan’s own activities. Is their imposition an effort to clean up the Sultan’s family’s name, and to assert his legacy as a patron of hard-line, conservative Islam in Southeast Asia?

Sharia law has had a long and complicated history in the region. Brunei’s neighbours, Malaysia and Indonesia, has, to varying degrees, implemented forms of Islamic law. In Malaysia, a dual law system is recognised, with a civil court and Sharia court practising side-by-side. Sharia laws only apply to Muslims, but in some regions in the country, interest groups are vying for increased implementation of the laws. Kelantan, a state located on the north-eastern corner of the Malaysian peninsular, is the stronghold of opposition party PAS (Pan-Malaysian Islamic Party). For decades, PAS has ruled the region and is increasingly demanding a nationwide implementation of a penal code based on Islamic laws. In 2017, Kelantan passed an amendment to its state law legalising public caning. This law came into effect not without opposition. Women’s rights activist group SIS (Sisters in Islam) called the punishments ‘uncivilised’, arguing that “even in the verses regarding punishment in the Quran, God stressed the qualities of mercy and forgiveness.”

Indonesia similarly allows the implementation of Sharia law in Aceh, its northernmost province. The formalization of sharia law came about due to the recognition for the need to offer concessions for separatist group GAM, which had led insurgency movements in the region. From 2014 onwards, adultery and homosexuality have been punishable by 100 lashes or the payment of 1,000 grams of gold or else 100 months in prison. Aceh’s sharia law only covers crimes related to Islamic morality, especially adultery, premarital sex, homosexuality and false accusations of adultery.

Even in the verses regarding punishment in the Quran, God stressed the qualities of mercy and forgiveness

Questions about the reasons behind an increasing voice for conservative Islam in Southeast Asian countries may be answered in two ways: the first, touted in international media, is that ‘radical’ Islam is gaining ground in mainstream politics. However, a contrarian analysis might instead argue that it is the very fact that conservative Islam is losing its hold on the public driving it to make increasingly extreme demands in order to capture media attention. Research by political scientists Muljani and Lepinsky shows that voters do not necessarily vote in line with religious values, but rather economic concerns. Similarly, a hypothesis regarding Brunei’s new penal code implementation might not be a product of increasingly pious views but rather a defence mechanism in response to economic issues in the Lilliputian nation. As oil prices plummet in recent years, and with Brunei’s reserves dwindling, the monarchy’s absolute authority is at stake. This might not be a story of religion at all, but rather a struggle to hold onto power.

George Clooney, Ellen Degeneres, Elton John and various other celebrities have called out the actions as ‘inhumane’ and instigated a boycott of luxury hotel chain The Dorchester Collection, owned by the country’s sovereign wealth fund Brunei Investment Agency. Clooney voiced out his outrage in a column preceding the boycotts: “Every single time we stay at or take meetings at or dine at any of these nine hotels we are putting money directly into the pockets of men who choose to stone and whip to death their own citizens for being gay or accused of adultery.”

Will these boycotts have any effect on Brunei’s decision? The answer is slightly more complicated than a simple yes or no. Following international condemnation, Brunei has recently published a statement claiming that the new laws are meant to “deter” and “educate” rather than actually punish. Erywan Yusof, Brunei’s foreign minister, in a letter addressed at the United Nations, asserted that the country would “continue to uphold its obligations and adhere to international covenants on human rights” and that the new penal code “does not criminalise nor has any intention to victimise a person’s status based on sexual orientation or belief”. The statement also clarified that four male witnesses of high moral standing and piety must be present for a sentencing to be committed. As if to lighten the possibility of people actually being stoned, it clarified that the standards of male piety is extremely difficult to follow, as “failure to perform a single prayer in one’s life will disqualify him from meeting the strict requirement of adil.” Whether Brunei intends to stand by its statement remains opaque at the moment.

If any impact is to be made, boycotts should target the oil industry

On the contrary, the country’s economic position affected far more by oil exports, than by hotel revenue. According to the World Bank, oil makes up 89% of Brunei’s exports. The monarch has been shy of diversifying the nation’s economy, so if any impact is to be made, boycotts should target the oil industry, hitting Brunei’s top trade partners: Japan, South Korea and Malaysia. Up to the time of writing, these three countries has not issued an official statement condemning Brunei’s actions. Unless Brunei’s economy is gravely impacted, it is unlikely that it is going to repeal the new penal code.

Why is the UK so silent in matters so close to home?

Brunei has repeatedly asserted that it is a sovereign country, and thus has the right to enact its own laws. Looking back at history, Brunei only became formally independent in 1984. For years, it had been a British protectorate, and it is still part of the Commonwealth. Sultan Bolkiah benefitted from a military education in Sandhurst, and was granted an honorary degree from the University of Oxford. Since the suppression of a leftist rebellion in 1962, Britain has stationed a battalion of Gurkhas in Brunei – the only remaining major British military presence in Southeast Asia. So why is the UK so silent in matters so close to home?

Before Brunei enacted its new Sharia penal code, homosexuality was illegal in the country under section 377 of the nation’s penal code, inherited from the British penal code. There is no denying Britain’s complicity in instating homophobic attitudes in formerly colonised nations. Commonwealth nations make up half of the 70 countries criminalising homosexual relations, including Bangladesh, Pakistan, Guyana and Malaysia.

Britain’s continued reluctance to address human rights violations may be a thin-veiled attempt at preserving the nostalgia of an Empire: a unified ‘family of nations’, despite being morally dubious, is better than a broken-up crusade for anti-discrimination, argues the Washington Post. LGBTQ+ activists have called for evicting Brunei from the Commonwealth if it does nothing to change their laws. The Sultan cares about being in the Commonwealth, and pressure from the UK might possibly make a change. However, there is also the consideration of respecting national sovereignty and preventing the imposition of Western neo-imperialistic attitudes. We can only see how things proceed from here on.

How to look after your wellbeing this election 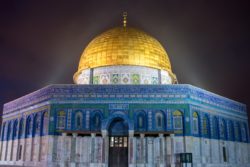 How should we tackle Islamophobia?