The ins and outs of sharia-compliant Islamic finance

Islamic banking and finance have spread across the Western world, with many banks such as Citibank offering Islamic-compliant services. Throughout the 1970s, a revival of Islamic banking throughout the Middle East and the expansion and growth of investments into cities such as Dubai and Doha have resulted in increasing investment from wealthy investors in the West. Yet many are unsure of the differences between Western and Islamic finance, the reasons for its establishment, or even what it means for their investments. However, Islamic finance and banking can be rather ambiguous; the stringency of Islamic banks depends widely on the political regime in power and whether the country is secular or not. The sheer diversity of the region is key in determining what Islamic-compliant finance means for each investor.

To begin with the basics, Islamic finance and banking is heavily based on sharia (Islamic) law. The primary rule that governs Islamic finance is the prohibition of riba, or usury, meaning that any payment or charging of interest is forbidden per sharia law. Advocates of Islamic finance, such as religious leaders and Islamic finance bankers, have argued that banning interest gets rid of exploitation, poverty and unemployment as money is able to flow freely through the lower classes which encourages entrepreneurialism amongst those who could not pay back hefty interest repayments.

The world’s first Islamic financial institutions, Dubai Islamic Bank and the Islamic Insurance Company of Sudan were established in 1979 amidst the political turmoil in the Middle East

However, sharia-compliant finance and banking has mainly been used as an instrument of power against the economic and political dominance of the West. The post-colonial world witnessed the expansion of Islamic finance across the Middle East following the Yom Kippur War and the 1973 oil crisis which encouraged the growth of Islamic banking and finance. The flood of investment and subsequent profits from petroleum and the spread of “re-Islamisation” in countries such as Iran and Saudi Arabia spurred a nationalistic and theocratic demand for a revival of Islamic financial institutions. This was particularly promising for wealthy Arabs, who wished to see their investments become safe through religious guarantees. The world’s first Islamic financial institutions, Dubai Islamic Bank and the Islamic Insurance Company of Sudan were established in 1979 amidst the political turmoil in the Middle East. Not only were Islamic investors looking for a permitted way of investing and lending their money, the principles of risk-sharing between the investor and the bank appealed to those who looked to invest in places such as Dubai and Singapore but wanted to carry less risk than if they used Western banks. As Islamic banks claimed to offer guiding principles in terms of fairness and transparency between lenders and borrowers, using such banks seemed attractive to lower the risk of riskier investments.

Sharia-based banking and finance also prohibits selling or investing in businesses that promote or sell things that are haraam (forbidden). Such businesses include investing in products such as pork, alcohol, pornography or gambling. Furthermore, charging extra money for late payments is also prohibited, along with Maisir, meaning “speculation” or Gharar which refers to “ambiguity” or “uncertainty”. Speculating on markets, currencies and contracts are refered in the Qur’an as a “grave sin” as speculating involves one party making profit at the expense of another. Gharar usually refers to transactions and investments that carry significant and unnecessary risk which can foster fraudulent or uncooperative behaviour. Derivatives, short-selling and margin-trading are usually quoted as examples of such unislamic behaviour. Orthodox scholars have even argued that even taking out insurance is not permitted in Islam. The strict guidance on sharia-compliant finance intends to protect the consumer and prevent their exploitation by financial institutions.

Although the Catholic Church had also banned usury, the boom of commerce and international trade in the late 15th and 16th centuries resulted in the relaxation of these rules to promote individual mercantilism, thus facilitating the start of the modern (western) banking system. Particularly in Southern Italy, banking families became prominent lenders and massively profited from the relaxation of usury rules by papal authority. Similarly, although stricter, the Ottoman Empire also relaxed its rules on usury. Only after the discovery of oil in the 20th century in regions such as Persia, Bahrain and Saudi Arabia was an Islamic banking and finance system demanded in order to become self-sufficient and decrease the reliance on countries such as America and the United Kingdom. During the Cold War period, anti-Western regimes in Egypt, Iraq and Libya, and a series of wars throughout the 1960s, 70s and 80s led to many Arabs looking for a secure banking system, especially in light of political and economic sanctions on prominent oil-based businesses and companies. The revival of sharia-compliant finance and banking is a post-colonial phenomenon that has spread throughout the world, and as sharia-compliant banking has grown at around 15% per year since 2009, it shows no sign of slowing down. However, sharia-compliant finance and banking is still only worth 1% of all banking activity in the world.

Although Islamic finance faces many criticisms, it has mainly been praised for drawing in conventional banks into offering sharia-compliant financial services, both for businesses and consumers, partly due to globalisation. Creating a less risky form of finance had largely protected it from the Global Financial Crisis (GFC) of 2008 as Islamic banks had not built up ‘toxic assets’ as US banks had. However, the value of its real estate investments and private equity fell as they were two of their largest financial investment sectors. On the whole, the volatility and excesses of the US banking system that led to the GFC can be largely avoided as Islamic finance forbids speculation and high-risk banking products and services.

[Islamic Finance’s] overarching aim is to create a closer and trustworthy relationship between bankers and lenders, and to make banking accessible to poorer classes

However, though many of the problems that Islamic banking and finance has had are the result of the relatively young age of the sector, the diversity of Islam and the Islamic world makes understanding sharia-compliant finance and banking relatively difficult for investors and companies. One criticism that particularly stands out is with sukuk, which are Islamic bonds, but instead of receiving interest payments, the sukuk holder is given part ownership of an asset, from which they will receive profits. Essentially, the sukuk holder is given a “gift” of kind, which many scholars have criticised as being no different to being paid interest. As a result, its critics have called Islamic finance a rebranding mission to keep money and assets in the Middle East and no different to Western banking, rather than following the stringent rules of Islam.

Although still in its youth, sharia-compliant finance and banking has grown throughout the Middle East and North Africa, and is spreading throughout the Western world, with its products and services being offered to consumers, investors and businesses in the West. Reincarnated as an effort to combat the political and economic dominance of the West, it is now spreading its arms through the West to make banking and finance accessible to Muslims. However, Islamic finance and banking is still rather ambiguous to many consumers due to its basis on scripture and the diversity of Islam itself; it is rather unclear of what is forbidden and what is permissible. Its overarching aim is to create a closer and trustworthy relationship between bankers and lenders, and to make banking accessible to poorer classes by eliminating interest payments and creating a low-risk financial environment. In theory, Islamic banking accomplishes this. In practice, we have yet to see where it is heading. 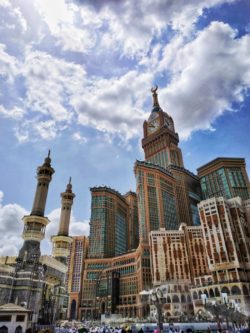 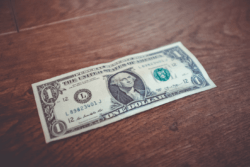