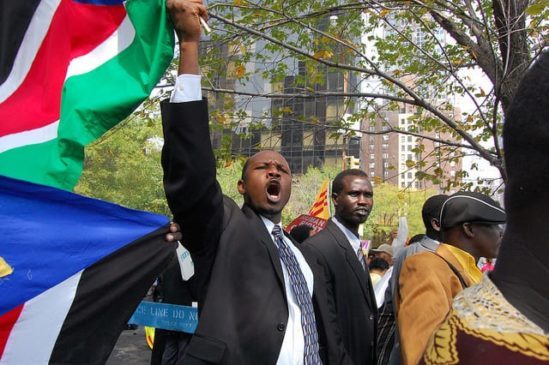 More than 50% of university professors in Sudan have fled the country in search of better opportunities elsewhere to escape the unstable economic and political status of the country, Al Jazeera reports.

University professor Abdou Mokhtar said that he had to start using his car as a taxi because his salary was no longer enough: “It is the same economic condition behind these protests around the country”, he told Al Jazeera.

Protests have broken out across the country seeking political change.

Children of the ruling class are among the protesters; they say it is not just about the economic and social status of Sudan but rather about the need of a liberal democracy to change Sudan into a prosperous nation, according to the report.

It is for our freedom. It’s not just about the economy, we need political change in our country

“It is for our freedom. It’s not just about the economy, we need political change in our country”, stated Al Mu’iz Mokhtar, the son of university professor, Abdou Mokhtar who disagrees with the protesters and his son’s involvement.

Groups of university professors have been putting forward a political road-map to salvage the country from its ongoing crisis, however, they claim that they are constantly being ignored by those in power.

Another university professor, Hassan Al-Saoury, explains his views towards being side-lined by politics: “Right now Sudan is trying to get out of its situation through a peaceful transition of power so we need to discuss why Sudan has failed to introduce cultural and political alternatives.

“Why are we speaking about it now when we could have done so right after independence?”, he questions.

Waeil Aboukrouk adds to this view: “Many initiatives like this have been launched but the government listens and gives a prestige status to only those who carry arms, intellectuals are never given such privilege”.

University professor, Mutassim Elhaj adds: “The one-sided vision of our politics leave opponents with only two options; you either accept to be side-lined or leave the country”.