The pressures of Instagramming your holiday

Do you remember when Instagram first launched in 2010? I don’t. Yet the little photo sharing app grew to attract 10 million users by the end of its first year and is still on the rise. Reaching almost one billion active users in the summer of 2018, its increased accessibility and multiple functions, with added new extras such as direct messaging and a stories feature similar to that of Snapchat, make its popularity unsurprising.

Fairly late to the Insta game, I finally joined in 2017, to the delight of several friends who were already obsessed. I remember exploring the app excitedly, while my other more Insta-experienced friends explained some of the hacks. I also remember feeling the pressure of my first post a week or so later. This is a big step. It has to be perfect. Safe to say, I was satisfied with how my six-photo collage of Drake’s ‘Boy Meets World Tour’ in London turned out. At this point, we didn’t have the feature that lets you upload multiple photos in one go and, failing to find just one picture to sum up the experience, the collage became my solution.

Since then, I have only put up 11 other posts, making my total throughout the course of almost two years now quite low compared to most. Of these, only one other, besides the initial Drake concert post, is in the UK. The rest document different trips. I’d been just a few months away from beginning my year abroad, so, in retrospect, my decision to join Instagram had come at the perfect time. I know friends who post daily, sometimes more than once. I know others who rarely ever post. Neither is objectively better or worse than the other and people will naturally have their own preferences.

As it happened, one post per trip became my unintended tradition. The more I followed through with this, narrowing down a selection of photos that I felt summed up each particular holiday, the more I felt I had to post every time I went abroad to somewhere new. This need to upkeep such a pattern went beyond just a simple sense of obligation. With every post it also ended up feeling like I was adding another page to a visual travel diary – hence why I wanted it to be perfect in every possible way.

And during the times between each trip, I put up stories – my real guilty pleasure! In the same way, I started to develop a very particular preference for what my stories should look like. I’d be lying if I said there haven’t been times where I’ve given into the pressure to share what I’m doing, even if it’s inconvenienced me in some slight way. This wasn’t even necessarily for others. It was more a case of thinking: I’m doing something that is worth sharing and therefore I must surely be sharing it.

Being away for the summer and volunteering in places where online access was extremely limited ended up providing the perfect chance to begin escaping this conditioned way of thinking. The sudden reintegration with unlimited data when I first got back to the UK was overwhelming, but it led to a new appreciation for having access to signal at all. I’ve also gone from feeling a need to share to wanting to share, but only when it suits me. Having reclaimed the ability to enjoy life more in the moment, I’ve also learned the importance of taking what you see with a pinch of salt. For Instagram tells a one-sided tale. While some put more time and energy into narrowing down, cropping and filtering content than others, there is essentially still a purpose behind every post. We display only what we’re willing to show and it’s only natural that most of the time we’ll be showing ourselves having a good time.

My own study abroad is proof of this. The photos you’d see on my Instagram page unsurprisingly showed me looking happy in front of city sights, laughing with friends and basically loving life. While a lot of my time abroad was spent in this way, there were still times that I struggled, feeling either overwhelmed or suddenly homesick. Instagram allows us to quite literally cut out the moments we’d like to forget from our visual archives, erasing them as if they never occurred. That’s probably what makes it so appealing, but I argue that it is in fact these moments which are just as memorable, if not more so, because they often become the lessons you learn along the way.

Overall, I’d say that there’s nothing wrong with wanting to share snippets of your life with the world, or posting about the moments you’d like to celebrate, so long as it doesn’t feel like an obligation. The way people respond shouldn’t hold much significance either, as this superficial form of validation is arguably the most fleeting and short-lived. It is also important to remember that what we see on Instagram, and most other forms of social media, is a polished version of one’s life. This is not necessarily a bad thing, as, in the same way, you’d want to fill a scrapbook with only fond memories. However, by being aware of this, one is able to both appreciate what each experience has taught you, as well as all of the good times.

What are the best ways to document travel? 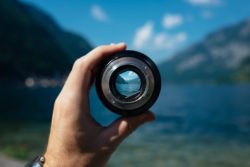 Why you should document your year abroad

Things I wish I knew before my year abroad