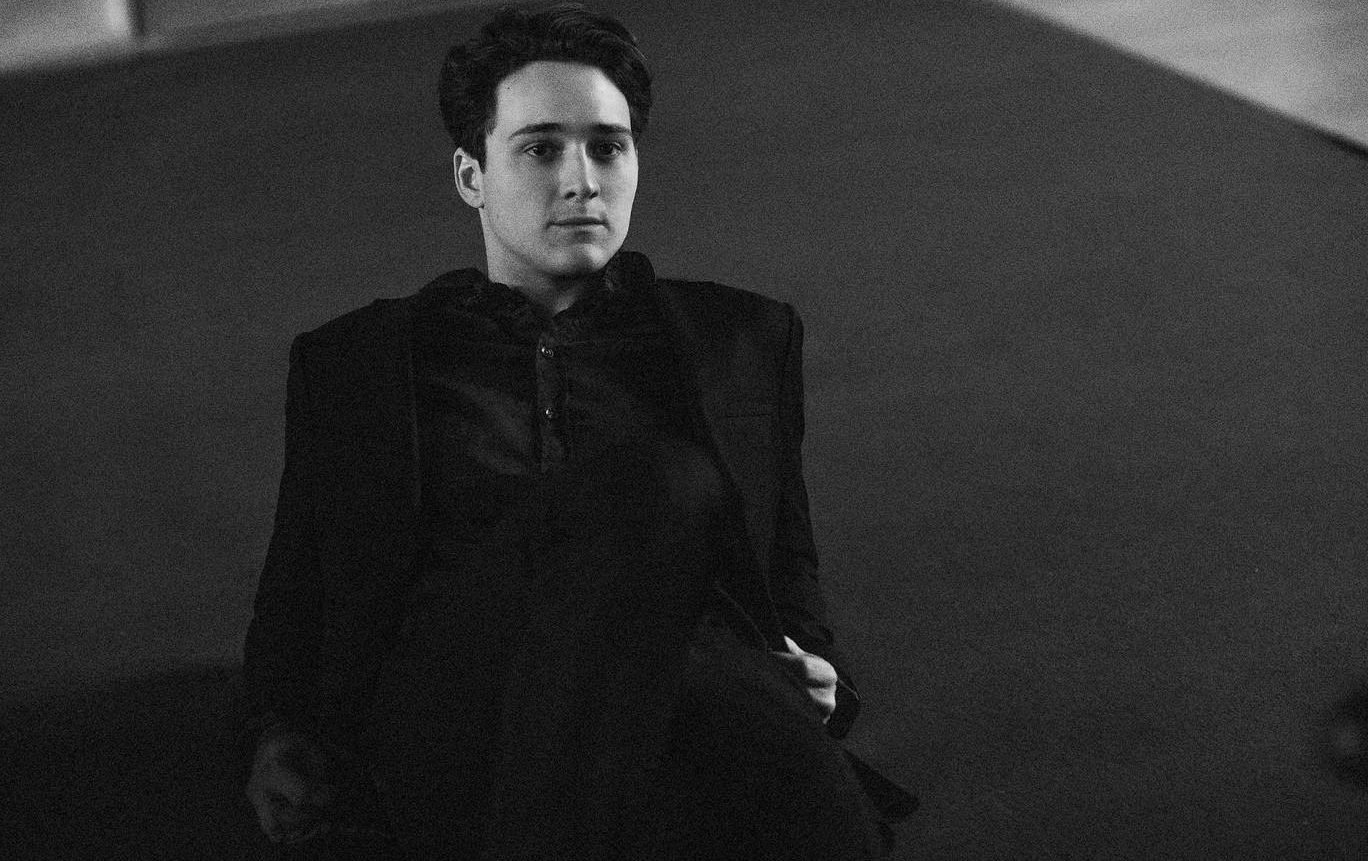 Stuart Nunn in rehearsals for All About Eve. Image: Jan Versweyveld

You could forgive Stuart Nunn, having just been cast alongside Gillian Anderson and Lily James in All About Eve in the West End, for being a little bit pleased with himself. Only two and a half years out of drama school, it is not even his first production of such magnitude. But the Warwick graduate remains obstinately humble. In some people modesty feels false, but not here. Nunn couples it with such a ready laugh and refreshing pragmatism that it is hard not to be charmed.

After graduating from the Royal Welsh College of Music and Drama, Nunn was cast in Network, which had three claims to fame: it was performed at the National Theatre, directed by Ivo van Hove, and starred Bryan Cranston. Nunn was – and he seems almost apologetic for the fact – “incredibly lucky”. “I’ve literally never been more nervous for a thing in my life, going into the meetings was horrific. I wish I could say that I was responsible for it in some way, but it was all total fluke.” But surely he must have been pretty good, and worked pretty hard, to land this role? “I guess. But it’s totally a matter of taste. I was lucky that this one person who came to watch [his final performance at the Royal Welsh], that I should happen to be to her taste.”

Nunn couples his humility with a ready laugh and refreshing pragmatism

Nunn had “idolised” van Hove since his production of A View from the Bridge at the Young Vic, and suddenly here he was learning from the man himself. “I’m glad because Ivo has a really particular way of working, which I think you could only get if you’ve seen his work, which is built on efficiency and incredible self-discipline. I think he’s remarkable.” Nunn laughs, under which I can detect a slight bafflement that he should now refer to his hero merely as ‘Ivo’.

Also on first name terms is Rufus Norris, Artistic Director at the National Theatre, about whom “I don’t have enough good things to say.” Nunn is full of praise for the National: “Network was a massive learning experience and a total joy. I’m completely in love with the National Theatre and will always feel like a piece of my heart is left there because it’s like being part of a massive family.”

Nunn believes that the National “has a responsibility to do new stuff and tell relevant stories” and that, under Norris, it is achieving that goal. Alongside Network were plays with “enormously diverse casts, telling stories about people who weren’t the middle classes, and it was the most refreshing thing. It’s gotten to a place where it’s really taking risks and that’s what it needs to be doing.”

If some of his heart is left at the National, then so must another part be left at Warwick, from where he graduated in 2015 with an English and Theatre degree. It was also the crucible of Nunn’s development as an actor, although it didn’t come easily at first. “In my first year I had a sort of crisis where I thought maybe I don’t want to be an actor. It is quite hard in a new environment and everything is really intimidating. But after a while I found a really nice home there.

“I don’t really know what the student drama scene is like at the moment, I’ve been terrible, but when I was there it was wonderful. Everyone was so encouraging, and my peers, my best friends today, were making amazing work and are actually really successful now. It’s been a fairy tale that friends of mine are doing so well, and all of them would say that they owe it to Warwick and the student drama scene there. The turnover from Warwick – actors, people going to drama school – is amazing.”

It’s been a fairy tale that friends of mine are doing so well, and all of them would say that they owe it to Warwick

The number of Warwick graduates in the theatre world provides an important network now. “Some of my closest friends run theatre companies or work in the industry, so I’m constantly supported.” The same is true of big names – Nunn once auditioned for Dominic Cooke, former artistic director of the Royal Court and currently directing Follies at the National, who is also a Warwick graduate. “It’s remarkable, actually, the number of people… it’s bizarre. In a gross term, people call it the Warwick mafia! Carol Rutter coined that. The name’s disgusting, but it does exist.

“I don’t think anyone should be shy of the weight of [Warwick’s] name. People know it and know that the student drama scene is heavyweight, at least certainly when I was there although I’ve been terrible and don’t know about now. There were times when three out of eight shows at the National Student Drama Festival were Warwick. It was glorious.”

He might now be on first name terms with Ivo van Hove, but Nunn misses being at Warwick. “When you’ve only got eight hours of teaching a week, you’ve got time to cut your teeth a little. I do miss it, being able to do fun parts, because I’m in a place now where I’m back to proving my salt. Network was a good part, but it was the start of doing small parts in big theatres or big parts in small theatres – for no money, which is a whole different depressing issue. It’s really not easy, especially because although working on shows is salaried, it doesn’t really buy you the time off [between shows]. Like any actor, I work part time when I’m not on stage.”

I do miss it, being able to do fun parts, because I’m in a place now where I’m back to proving my salt

Despite the calibre of his work so far, Nunn is bluntly honest about the difficulties of acting as a career. “It happened in a weird order for me. Most people have a year after drama school when they think they might just give up, but I got what is not an exaggeration to describe as my dream job. Then everything went really quiet and it was weird adjusting to that. I thought, maybe I’m bad and everyone in the industry who came to see it has just decided I’m terrible!

“It was pretty awful, but you get used to it and find that it’s about being happy in that time. If you can’t be happy when you’re not working as an actor then you can’t really be an actor because that’s part of the job, being able to stay sane.” He realises that his conversation has taken a gloomy turn. “That’s probably incredibly depressing for any aspiring actor to hear!”

But his honesty and pragmatism is, I think, necessary. And he points out that your 20s are the prime time in which “to build relationships with people that will never die. Already I’ve been asked back by people who have trusted me.” That that person is Ivo van Hove speaks volumes of Nunn’s character.

And so we arrive at All About Eve, the all-star play of the moment that has gripped the imagination of theatre-goers. The whole process has been a whirlwind, “about a month all in” from the casting reveal to opening night. Nunn announced his role on Twitter but, true to form, “I wish I hadn’t. Everyone was so happy and excited, people crawling out of the woodwork congratulating me and I had to be like, guys, I’m basically just an extra.”

He’s not being ungrateful, just realistic (and, needless to say, humble): “It’s wonderful, and I’m thrilled to be asked by people who I so respect, but I wasn’t exactly sure when I went in what I’d be doing. They couldn’t give me any guarantee that I’d be happy or super busy in it, because they really didn’t know how the ensemble was going to work.”

The role also requires a huge adjustment from the last couple of years of Nunn’s career: “Doing a big thing again is overwhelming, with all these lovely privileges and the press gone mad. Already we have people waiting at the stage door, it’s a huge buzz. I’m very excited, and very excited about how excited people seem to be about it. It’s extraordinary.”

The “insane” hype is of course largely down to casting. “People love Gillian Anderson and if they don’t know who she is, they do know who Lily James is. It really does feel like she is the woman of the moment for our generation. My two older nieces just love her. My oldest niece is a total tomboy but she went to see Mamma Mia! Here We Go Again and completely fell in love with it and Lily.”

Those with a soft spot for James will be glad to hear that she is “an absolute joy to work with, she’s so lovely, which is immensely refreshing.” Nunn is equally complimentary of Anderson, whose “incredible subtlety” he admires and which “gels” with the production’s “truthful style of acting”.

“Everyone says don’t meet your heroes but I’ve been incredibly fortunate and haven’t had reason for that to be true so far. All of these big-name actors have been delightful.” I have no doubt that all these big-name actors use exactly the same word to describe Stuart Nunn. How else, apart from his clearly stellar talent and work ethic, would his young career already promise so much? Even a short conversation suggests that, should his stars continue to align, Stuart Nunn will be the hero of whom aspiring actors of the future speak so positively.

All About Eve is at the Noël Coward Theatre, London, from 2 February.