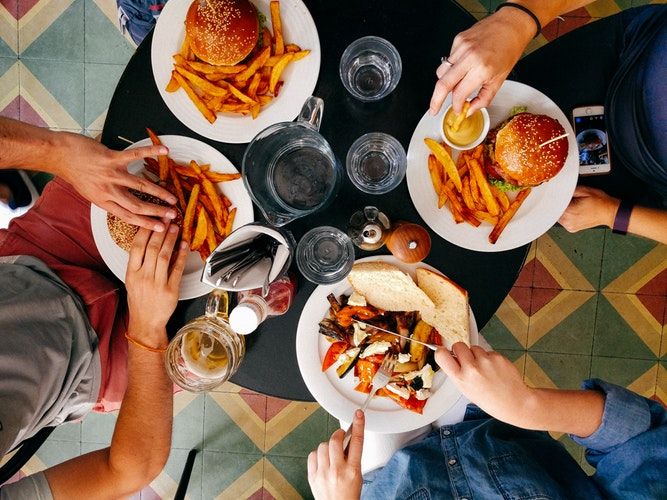 Have you ever been out to dinner and found yourself unable to make a decision without the ability to compare with your friends? You might be experiencing the phenomenon of ‘altruistic indulgence’. This is a social obligation that studies have indicated may cause people to indulge in unhealthy dining choices if a friend sets the precedence and spoils themselves.

This news comes from the journal Social Influence. In a study designed by Youjae Yi and Saetbyeol Kim from Seoul National University and Jacob C. Lee of the Ulsan National Institute for Science and Technology (UNIST), people were generally shown to “voluntarily consume high-calories with the altruistic motive of making other people feel comfortable and pleasant.” They sought to explore specific food choices in a “‘healthy-causes-guilt’ context”, working on the assumption that picking the salad option may make your dinner date feel uncomfortable.

This is a social obligation that studies have indicated may cause people to indulge in unhealthy dining choices if a friend sets the precedence and spoils themselves.

The team conducted two studies, a field study and an experiment. The former was conducted at a coffee shop on a large university campus in South Korea, and so the participants of the study were predominantly students, professors and any other members of staff at said university.  They analysed the communal relationship between the university members via transaction receipts that listed the number of beverages sold and the sequence in which they were ordered, focusing on the times where the initial beverage was an ‘unhealthy option’. They collected 649 receipts (419 solo purchases and 230 dyad purchases) and found that in the dyad purchases there did appear to be a pattern of the second purchase mimicking the first. In cases where the first order was high-calorie (containing 120 calories or more), 80.9% of the second orders were also high-calorie options. Furthermore, in cases where the first order was low-calorie (20 calories or less) there was a minor increase in the second orders also taking the low-calorie option, suggesting that perhaps this ‘healthy-causes-guilt’ notion could perhaps have a similar effect when initial purchasers select the healthy option.

In cases where the first order was high-calorie (containing 120 calories or more), 80.9% of the second orders were also high-calorie options.

Though compelling it was obvious that the study needed a more controlled experiment to back it up. The lack of information about participants at an individual level was cited as the main reason for this addition to the research. The team decided to focus specifically on the types of companions that are most likely to display altruistic indulgence. Buckle up kids, because here’s where the methodology gets wavey. Companion-type was manipulated to being either a friend or a rival. The expectation was that if your dining with your enemy, which in this scenario we’ll name Deborah, your altruistic motives of emotion management would play less of a part, and thus you would likely not put much thought into what Deborah ordered. 174 women completed the study, viewing a series of cartoons depicting the indulgence phenomenon. In this scenario, the dining companion who made the initial food choice would always select the unhealthy option. The independent variable, in this case, was whether the second dining companion was considered a friend or a rival, which was labelled randomly throughout the experiment. Participants would then make the choice on behalf of the second companion picking between either the indulgent meal or the diet-friendly option. Results of this experiment supported this hypothesis, as participants were 21.7% more likely to pick the indulgent option if the companions were friends, compared to the same scenario played out between rivals. So, beyond the obvious gender bias, it seems that the hypothesis has come out on top once again.

Results of this experiment supported this hypothesis, as participants were 21.7% more likely to pick the indulgent option if the companions were friends, compared to the same scenario played out between rivals.

I guess all that’s left to consider is the implications of this research. Why should we care that we pay close attention to what Deborah from accounting has ordered whilst we’re picking off of a menu? The insinuation is that if we surround ourselves with indulgent friends we are more likely to make indulgent choices. So the lesson here is if you want to stop over-indulging then think about skipping Deborah’s date night, but I reckon a lavish support network of decadent dates sounds far more fun.