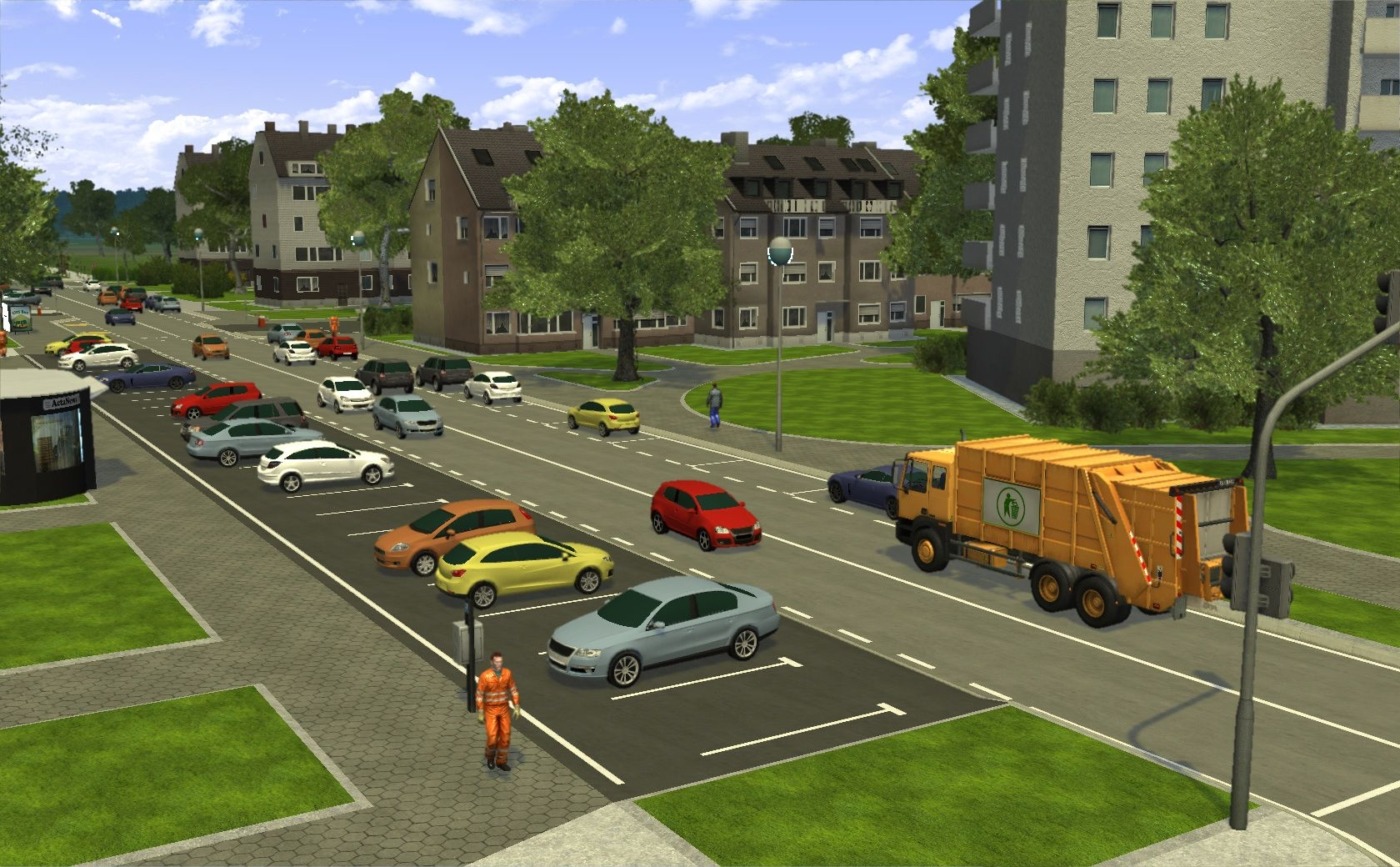 Whatever you think of video games, they’re great as a leisure activity – what better way to relax that putting your feet up after a hard day’s work and immersing yourself in a digital world? The idea that games should be a form of escapism is entirely sensible, and that’s what makes the idea of video games based on a job to be so strange – why is our leisure taking the form of virtual work?

When I was younger, I remembered the anecdotal story of people working hard, delivering papers on their paper round, so they could buy a copy of Paperboy and deliver papers for free. The object of the game is to deliver newspapers to subscribers without missing a delivery or damaging their houses (plus, if you fall off your bike, you lose a life). Make it through an in-game week, and you’re victorious! Originally an arcade game, the exciting premise wound up on a number of consoles (most recently, the Xbox 360), as the number of real-life paperboys seems to have declined massively.

I remembered the anecdotal story of people working hard, delivering papers on their paper round so they could buy a copy of Paperboy and deliver papers for free

Cleaning is not a job that anyone particularly enjoys, but that hasn’t stopped gamers from buying Viscera Cleanup Detail. Set in the aftermath of a repulsed alien invasion, you play as a space-station janitor, cleaning up the debris and dismembered body parts left after the battles. You’ve got a mop and bucket (and, in later patches, a broom) to help with the cleaning, and you actually need to plan it out in advance to avoid tracking blood throughout the level. To make matters worse, you can actually get fired if your standard of cleaning is poor, causing you to lose some of your items.

Travel features massively in work-related games. Aero Porter (from Level-5, the creators of the Professor Layton games) is based around baggage handling, and sees you trying to quickly manage baggage in order that the planes can depart on time. Success in the game allows you to expand the airport and alter the colour of the planes, so maybe this charming puzzler isn’t the most accurate representation of the job. A similarly-located puzzle game is Papers, Please, in which you take the role of a border-crossing immigration officer. You get the review immigrants and returning citizens, processing their paperwork against an increasing list of rules and regulations. At times, you get to reject or even detain people with incorrect forms, earning a salary that looks after your family. Later in the game, it forces you into some moral questions, like whether you should let in the spouse of a citizen (who doesn’t have correct paperwork) at the cost of your salary and, therefore, your own family’s happiness.

I think the oddest game I found in my research is Recycle: Garbage Truck Simulator. The premise is exactly as the title suggests – you’re in the sanitation business, trying to licence more and more streets so you can drive the truck around and collect their rubbish. Keep playing, and you’ll eventually be able to purchase your own landfill site and bulldozer to compress the rubbish – a very appealing prospect, I know. The box makes it sound like a barrel of laughs, with such highlights as “expanding your enterprise through efficient play and economic management” and the thrill of “recreating the entire recycling process, from garbage collection to the landfill and various recycling facilities!”

Fun though it is to rib on these dull sounding games, it does lead us back to our question – why are people buying games in which they simulate real-world jobs? People hate jobs like cleaning and form-filling, yet games centred around them do sell. Could it be that there is something inherently video game-esque about some jobs? Lucas Pope, the developer of Papers, Please, said he was inspired by the idea of passport-checking as a game mechanic after he witnessed the behaviour of immigration officers during his own travels.

Some jobs may seem obvious fodder for video games (take a military career, for example), so perhaps it’s just the case that individual people have individual desires – what is relaxation for one person may not appeal to another. If you find it relaxing to pick up digital rubbish, fair play to you – I think there’s something very pleasing in a video game world that caters to everyone.

Of course, there is one darker side to consider – if you spend so much time on these games, they could maybe be understood as preparation for some of the few jobs you’ll be qualified to do!