A stratified tuition fee system would be fairer

The current tuition fee system is blunt and oversimplified. A stratified tuition fee system would be fairer and more considerate to the range of services provided by a university. The proposed tuition fees of £6, 500-a-year for arts degrees and £13, 000 or more for science-based subjects would accurately take into account the reality of student experience.

The majority of British students pay their tuition fees via a student loan. Due to the high prerequisite income of £25, 000 for even beginning to pay off the loan, recent studies highlight that 83% of students are predicted not to be able to pay back their entire loan. This means that the fee system operates far more like a ‘graduate tax’, only asking for payment from those who have likely gained monetary value from their degree. Already in our current system, those that earn more are taxed more. However, those with much higher lifetime earnings will not have to pay any more for the value that they gained from university. A way of fixing this evident unfairness is exactly what is being proposed, a stratified tuition fee system.

Universities are spending far less of their budget on arts courses than they are on science based subjects, such as medicine. Research from the Institute of Fiscal Studies reveals that when fees went up to £9000-a-year, the university gained 25% more funding per student. However, for arts students, they gained 47%. This displays that far less is being spent on arts students in relation to the cost of their degree.

This is readily apparent to all university students, as humanities students have far less contact hours than the sciences. Science laboratory sessions and extra lectures are evidently more expensive than the modest lectures and seminars that humanities students receive. This is not to devalue humanities degrees. I am a humanities student myself and I appreciate that highly qualified staff are being employed to formulate and run my course. But, the emphasis on self-study of a humanities course means that a lot of my fees are being used outside of my course and department.

One of the most desirable points of the current loans system is that the people who benefit from the services provided by universities are also the ones who pay for them. However, if my money goes toward running the cost of other courses, then I am paying for a service that I am not receiving.

Certain degrees also come with more risk. For example, with arts and design, the average income five years after graduating is far lower than that of medicine or engineering. This is a decision that most art students make consciously, for the love of a field of study, or because their skills are focused in certain areas. But, is it fair that an arts student should pay as much for their lower grossing degree than other students pay for higher earning degrees?

Less drastic examples between courses, such as the income difference between a humanities degree, like English or History, and the slightly higher average wage from subjects, such as Maths, should also be taken into account. This is just another metric for measuring the value that you get from your degree. If the cost to the user should be proportional to the value of the item, both the cost and worth of the degree to the individual must be taken into account.

In this way, I believe that the adjusted fees would be a fairer solution. I have heard concerns about this policy, which comes from a place of egalitarianism. Some people argue that more expensive degrees would scare off the poorest in our society from following their interests in the sciences. I would argue that these worries are misplaced. As I have previously proposed, the current loan system means that only those who are earning a manageable amount are charged for their education. This means that no matter how large the debt is when you leave university, it can never be financially crippling.

Therefore, a graded tuition fee system based on course costs and potential earnings would significantly benefit students. It follows the principle of money paid for services rendered, with no effect to the access of less advantaged students. It is a highly progressive reform that must be championed for all of its benefits, and its few flaws not blown out of proportion. 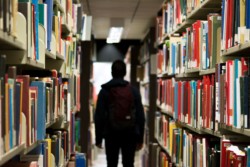 Warwick exams assess us as if we were still schoolchildren 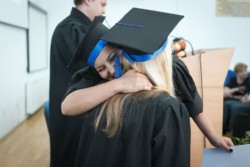 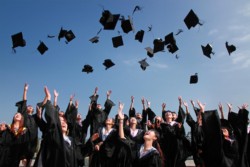