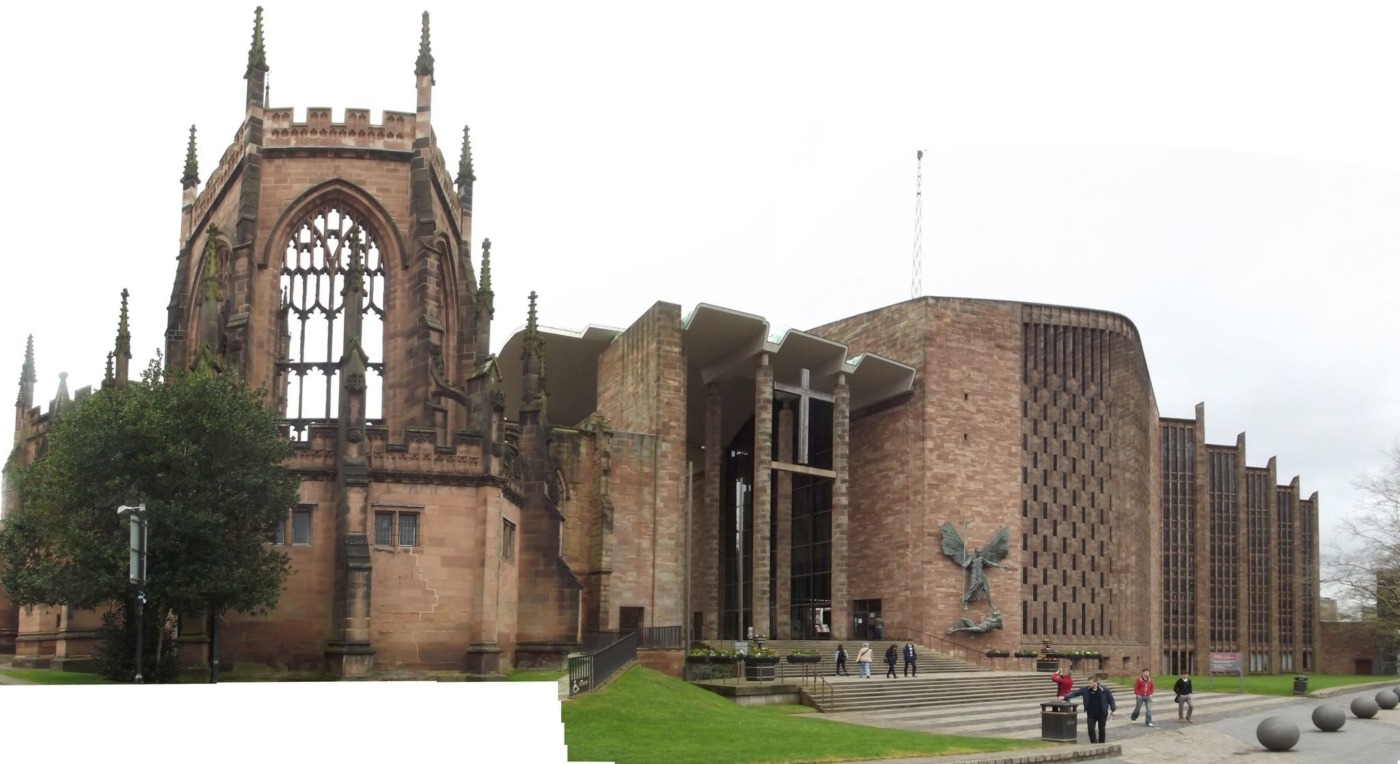 Often, all you know of a poet is their words. Somehow, though, I am also distinctly aware of Carol Ann Duffy’s hair. I recognise the round head, nestled in a mop of black and grey, from a distance; and in the cavern of the concrete cathedral, it remained all I could see of her.

When she speaks, I am surprised by Duffy’s slight burred ‘r’s and ‘s’s: it is an unexpected quirk in her voice. That voice found its life in the Midlands – you can hear it in her short ‘a’s. Her consonants are at the fore of the sound, her vowels then lost in the cathedral’s ringing depths. In a temple built to worship a male god, we are spoken to by a female one.

Duffy opens with her narrative poem ‘The Christmas Truce’, remembering the suspension of fighting on Christmas Eve in 1914, as English and German troops absented their trenches to play a game of football. She is submissive to the rhythms of her words, imbuing them with little emphasis or meaning – the words themselves are sufficient. When the poem finishes, the verbal rhythms give way to the musical ones of a cello-piano duet. The cello, usually a noble, resonant instrument, here lacks the command of Duffy’s tones but the whole is nonetheless an affecting start to what will be a mostly sombre hour of reading.

Gone are the myths and folklore of The World’s Wife. Duffy reads from her new collection, Sincerity, which charts sadness, memory, loss. It is so titled, Duffy tells us, because of the word’s etymology: it means literally ‘without wax’, a reference to the wax that used to cover discrepancies in ancient sculpture. And Duffy does not seek to soften the raw pain which informs so many of these poems.

We travel from Blackpool, where the elephants hold “more anguish than a man”; to Berlin Zoo and an encounter with a gorilla; to the beach where Duffy scattered the ashes of her parents, and “deciphered my mother’s advice/ from the sea’s lisp, its wheesht”. The phrase “taking instructions from echoes” is unerringly accurate: we listen to the booming wisdom of this poet’s words just as she listened to the wisdom of her distant parents on Roundstone beach.

Most obviously popular with the audience is ‘Junction 13’, a meditation on growing up in an in-between place in the Midlands. Duffy evokes laughter from her fellow Midlands-dwellers in succinct lines: “speak in foreign accents to strangers”; “sunglasses made you famous”. But here as well is a sense of desperate anticipation – “We hitched to the airport;/ ten years early for the flight” – and loneliness – “hide in the wardrobe – no one was looking for you”. Perhaps she is remembering those years fondly, but underneath the audience’s laughter is a recognition of aching emptiness.

The standout moment for me is ‘The Empty Nest’, which remembers a “dear child” who has left home. I may be the one who has done the flying of the nest, but the moments of wrenching sadness – “I hang your flower dress/ in darkness. Forget-me-nots” and “I knew mothering, but not this other thing/ which hefts my heart each day” – have me in tears. Duffy’s words find a moment in life to which each person in the cathedral can relate.

The swansong of the evening is a poem about and dedicated to Coventry Cathedral, which Duffy has composed especially for this evening. She is evidently moved to write about such a building, a feature of her childhood as well. She reminds us: “Listen, listen, an everlasting requiem”. We are left listening the resounding echoes, of Duffy’s words and her observations of humanity’s anguish. Duffy’s poetry is as haunted as the building in which we sit.