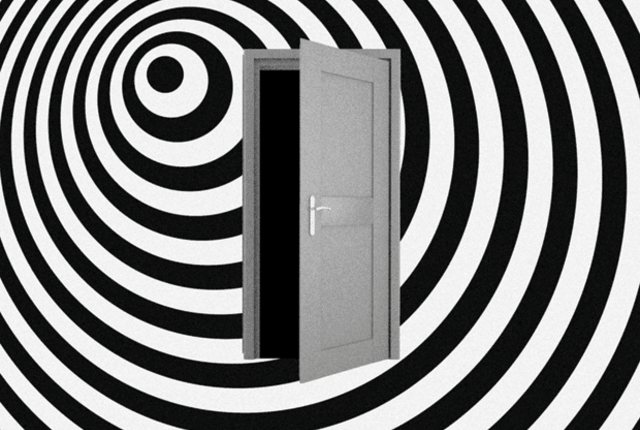 “There is a fifth dimension, beyond that which is known to man. It is a dimension as vast as space and as timeless as infinity. It is the middle ground between light and shadow, between science and superstition, and it lies between the pit of man’s fears and the summit of his knowledge. This is the dimension of imagination. It is an area which we call The Twilight Zone.”

These immortal words kicked off many an episode of one of the greatest TV shows ever made – although it is now more than 50 years old, The Twilight Zone holds up incredibly well and its lessons can still be as powerful as they were back when it was first aired. What is it about the show, aside from its incredibly iconic theme tune, that makes it so unforgettable?

The Twilight Zone was the brainchild of Rod Serling, a visionary screenwriter and television producer. Serling was known as the ‘angry young man’ of Hollywood, because he clashed with TV executives and sponsors over a wide range of issues, including racism and war. In the mid-50s, Serling penned ‘Noon on Doomsday’ for an anthology show called The United States Steel Hour – the script closely paralleled the Emmett Till murder of the previous year, and activists protested the production. Serling, still keen to tackle more controversial material, thought that a science-fiction setting featuring supernatural occurrences would give him more freedom to express controversial ideas with less interference. To quote Serling: “A Martian can say things that a Republican or Democrat can’t.”

Serling wrote ‘The Time Element’ in 1957 – it was a time travel adventure about a man who tries to warn everyone about the impending attack on Pearl Harbour. Its success enabled Serling to begin production of his own anthology show – what would become The Twilight Zone – and Serling’s perception of the world played a large part in its success. According to the BFI Film Classics library, “the cruel indifference and implacability of fate and the irony of poetic justice” were two recurring elements that helped the show find its audience.

It was very rare that the writers failed, dishing out horror and humour in equal measure

Its writing was incredibly strong – with the absence of an overarching character or location, the episodes needed to be gripping and followable, to include the set-up and the pay-off, and all within the span of half an hour. And it was very rare that the writers failed, dishing out horror and humour in equal measure. The Twilight Zone was a very efficient show narratively, and the complexity of some of the ideas it incorporated did not impact the accessibility of its episodes.

More often than not, episodes of The Twilight Zone were effectively morality plays, and the way they dealt with timeless issues means that many of the morals are still impactful today. Take an episode like ‘The Monsters Are Due on Maple Street’, in which a neighbourhood turns on itself in the face of unexplained power outages. It raises questions of hysteria and prejudice, using the trapping of a possible alien invasion to explore mob mentality, scapegoating and paranoia – although the episode was later remade dealing explicitly with terrorism, the power of this 1960 episode cannot be understated. And morality was a theme that ran throughout the show, teaching a number of very important lessons – human avarice can lead to regretful decisions, for example, or always read something carefully before signing it.

If you’re going to try the show, it may be worth seeking out some of the more iconic episodes

Another key tool in the Twilight Zone playlist was the twist ending (which sometimes led to the moral, or sometimes helped subvert everything we believed about the narrative or one of the characters). A lot of the joy of watching the show is seeing these twists play out, and so it wouldn’t be fair to ruin them. I shall, however, give you an example of an episode to seek out – in ‘The Hitchhiker’, a young woman is pursued by a mysterious hitchhiker who is seemingly everywhere she goes. The twist ending transforms this story from something teetering on horror to something a bit more profound. (On a related note, Serling was one of the screenwriters for the Planet of the Apes, providing one of the most famous twists ever.)

The Twilight Zone has a higher-than-average success rate in putting out good episodes, but they aren’t all highlights – if you’re going to try the show, it may be worth seeking out some of the more iconic episodes because they’ve lived on for a reason. ‘It’s a Good Life’, in which a boy holds power over a small town, remains distressing to this day. ‘The Invaders’ and ‘To Serve Man’ are both alien invasion stories with a difference, and ‘Time Enough at Last’ features one of the most ironic endings in history. Also make sure to check out fan favourite ‘Nightmare at 20,000 Feet’, in which a man recovering from a nervous breakdown sees a gremlin on the wing of his plane, sabotaging it mid-flight.

The show ran from 1959 to 1964, until Jim Aubrey, CBS’ programming chief, decided to get rid of it – he disliked The Twilight Zone’s inability to attract top sponsors and had no track with the idea that TV should aim higher. Serling, failing to foresee the age of syndication, sold his share of the show back to CBS – something his daughter Anne described as “the worst decision of his life.”

Serling died after a number of heart attacks in 1975, aged just 50 years old. He never lived to see the show have the kind of impact that Aubrey never imagined. It inspired board games, a magazine, graphic novels, a feature film and two other, less successful series of the same format and name (running from 1985-89 and 2002-03 respectively, with Jordan Peele scheduled to helm the third revival).

The Twilight Zone is undeniably iconic – everyone knows the name, and its theme music has become the audio shorthand for the mysterious and bizarre. It aspired to be more, to entertain and teach, and the timelessness of its stories mean they can be enjoyed as easily today as they could sixty years ago. People crying out for quality drama should check out The Twilight Zone, and be thankful for the visionary genius of Rod Serling for having created such a thought-provoking and fantastic series.