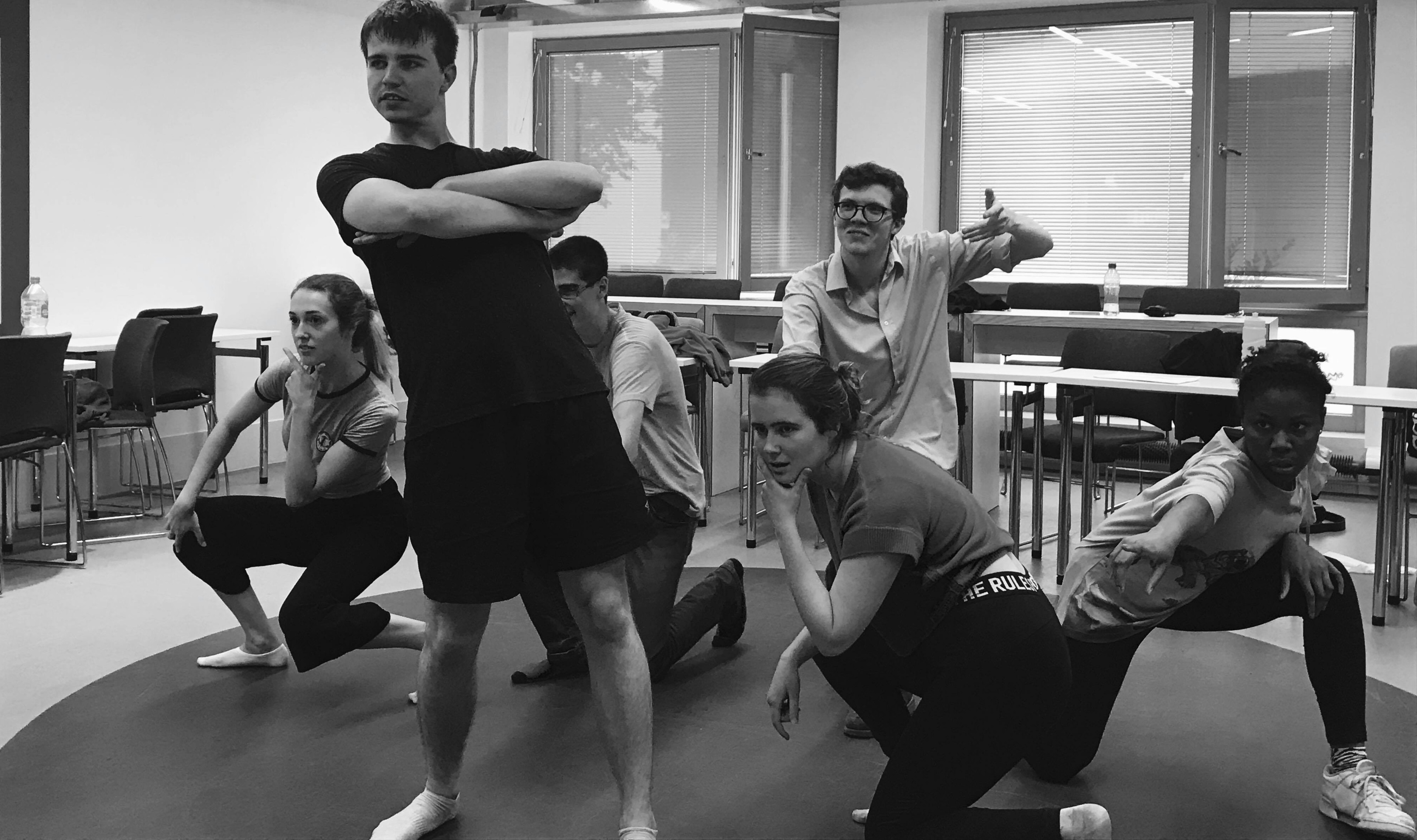 Warwick at the Fringe: MTW presents A Monster Musical

All the people we’ve met in our Warwick at the Fringe series are undeniably talented, but this lot are frighteningly so… Meet Music Theatre Warwick’s production of A Monster Musical.

The show is a wacky comedy musical which is set primarily in a bedsit Dracula shares with his best friend – an ancient Egyptian mummy. The show follows Dracula as he deals with the question, ‘How do you keep life exciting when you live forever?’. Now that Van Helsing the Vampire Slayer has gone, Dracula doesn’t know where his life should head next! Events quickly spiral out of control leading to a time travelling adventure involving gangsta rap, love, laughs, chaos, Frankenstein’s monster, an innocent lollipop lady, German techno and the Muffin Man! Only a monster would miss it…

How does the production show off Warwick drama to its best?

The production showcases great student writing and ingenuity at its best. The production takes great advantage of Josh [Dixon] and Jacob [Jones]’s extensive writing knowledge to create a pretty funky show! The songs pastiche a large variety of musical genres from classic musical theatre to doo wop, pop, opera, rock, rap and even German techno which only adds to the show’s complexity. The show’s razor-sharp wit and outrageous characterisation really allows the cast to shine through and create a non-stop wild ride! One of the best things about the production is definitely its appeal to audiences of all ages, with funny, slapstick moments for the children, to some real tear-jerking musical numbers and sophisticated humour for the adults. Enough of me gushing about the show, but it is definitely jam-packed with the creativity, wonder and drive that is always so prominent in Warwick drama!

Tell us about your cast. What makes them special?

The best thing about the cast is that they always give their all in the rehearsal room. The show is incredibly fast paced and draining but the cast never fail to give it the full force of their energy. In fact, their energy often seems bottomless! The cast are from across the university and bring with them so many different performance expertise. Amongst our cast we have experienced improvisers, devisers, directors, musicians, actors and dancers. They do their best to support one another and are so committed to developing their characters. They are just a wonder and create some hilarious situations; come and see them for yourself! Also, we just want to put in a cheeky mention about how FANDABBYDOZEY our musicians are, they are outstanding. Come for the cast, but always stay for the band!

Sum up your show in three words.

If your show was a Warwick landmark, what would it be?

100% the Koan. Much like the show it’s odd, flashy and has little reasoning behind it yet it’s charming and memorable.

Where are you performing and when?

Top tip for making the most of/surviving the Fringe?

Bring your own toilet paper and drinking receptacle. And NEVER EVER imitate the Scottish… unless asked to by the Scottish.

Anything else we should know?

Come and say hello after the show, we’d love to see you!

Gallery image with caption: “A meta re-envisioning of the way you tell a story”: preview of ‘The Pillowman’

Gallery image with caption: The joys of the Edinburgh Fringe Festival