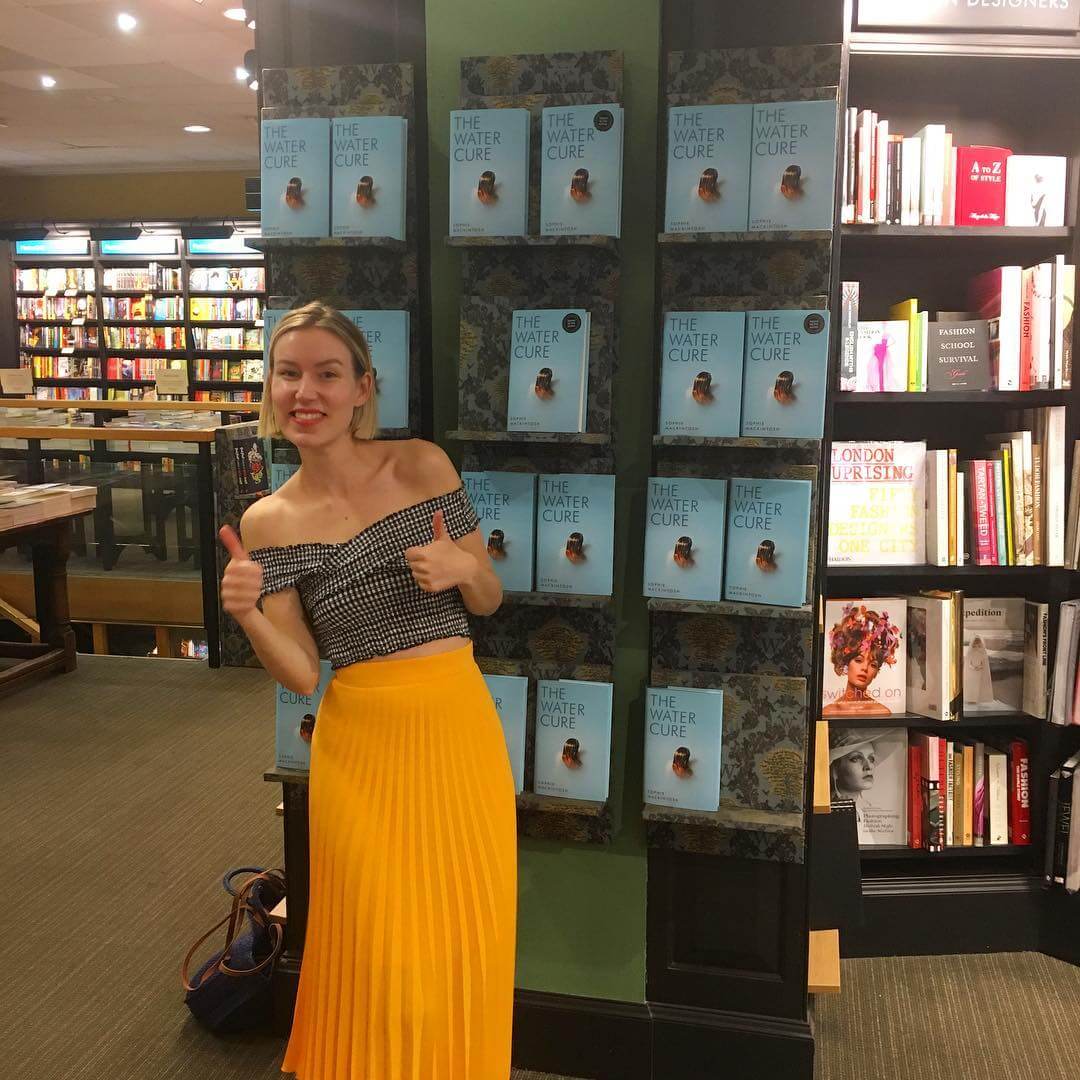 I had told all my friends to buy theirs, and ordered myself a second copy of Sophie Mackintosh’s The Water Cure before I realised I’d heard her name before.

As it turned out, she was not only a Warwick alumni but a graduate of my exact degree – English and Creative Writing – for which there is an intake of approximately 25 students per year.

A graduate of the Warwick Writing programme realising their dream by making a name for themselves in the publishing world? I immediately felt as though I had to know everything about her: how she did it, what she learned, where she finds inspiration, what perfume she wears…

During my time at Warwick I wrote the start of what was to become another novel, one which I have now put in a drawer but which I learned a lot from writing

The Water Cure is a stunningly poignant dystopian novel that The Guardian has hailed as “an extraordinary otherworldly debut” and Emma Jane Unsworth, author of Animals, has described as “brutal and poetic – it transported me, savaged me, filled me with hope and fear”. I can fully attest to all of this praise and more. My experience of reading it was akin to finishing a beautiful meal and licking the plate clean. I was horrified, in awe and desperate for answers in equal measure, which is the sign of a great read in my view.

So it was my privilege to have a chat to her, where she told me all the things my aspiring writer’s heart so desperately wanted to hear (minus the perfume – it would’ve been weird for me to ask).

Tell me about the inspiration for The Water Cure?

It originally started as a post-apocalyptic story about a family living on an oil rig – it was very different to the final version of The Water Cure, focused on eco-disaster and more straightforward survival. However, there was something missing – it wasn’t really coming together. I kept veering away from the main story and writing little snippets about strange rituals and a world where a terrible sickness was affecting women and realised that, actually, these snippets were the story I should be writing.

Was writing it a process that began at all at Warwick?

It wasn’t, but during my time at Warwick I wrote the start of what was to become another novel, one which I have now put in a drawer but which I learned a lot from writing. I think there are definitely commonalities in the novels; I don’t think I could have written The Water Cure without writing that one first.

What was the best thing you got out of the Warwick Writing Programme?

It was the first time that I really had to finish a long piece – 10,000 words. All my writing up to that point was short because I didn’t have the stamina to carry on; I would have a good idea, but I wouldn’t develop it so it would just fizzle out.

10,000 words is a good basis to build on and having to write something polished of that length taught me a lot, gave me something that within a few months I would expand to book length (the drawer novel!) and also gave me the miraculous realisation that I liked writing longer works – that seeing a piece grow, working on it and creating something sturdier than previous fiction I’d written was actually really satisfying and fun. Once I’d written 10,000 words I realised that if I did that six times I’d have a short novel, which gave me the confidence to think that actually writing a book wasn’t the impossible endeavour it seemed.

What advice would you give to your student self, knowing what you know now?

I’d say to her: be a bit bolder and more experimental, and to read more and read more widely. To read everything when I had the time to do it! I think now that I was maybe a bit complacent and had coasted on being a decent natural writer and didn’t realise that actually improving means a huge amount of hard work, no matter your level of talent. There’s so much to learn and really the best way is by doing.

Now, I cheerfully accept that you have to put the hours in. But I also think I had to re-remember that I loved writing on my own terms, because I did struggle a bit with my confidence. Also, I admit that I spent too much time as an undergraduate hungover in bed watching Come Dine With Me instead of writing, but food does feature heavily in much of my work, so maybe even that was positive!

How has it been receiving the positive feedback you have for The Water Cure?

It’s been really amazing. My expectations were very low at first, but I realised when it sold at auction that actually it might reach a bigger audience than I first thought, and that people aside from my mum might read it. It’s very anxiety-provoking to hear what people think of your work, especially something as personal as a debut novel, but I’ve been incredibly lucky so far that most feedback has been so thoughtful and enthusiastic. I read a lot of one-star reviews of classic books that I love to remind me that everything is subjective and no book in the world is universally adored.

Brexit was happening, Trump was about to be president, the world felt new and strange

The book deals with gender politics in a very interesting way – what inspired you to explore that narrative and how important do you think the work the book does is to today’s society?

When I abandoned the oil rig idea and developed the idea of a sickness affecting women, it felt like a natural next step to explore the idea that men were the cause due to the world we were living in. I felt like social media was really amplifying our awareness of violence done to women, and it was becoming clearer than ever that we really did live in a patriarchy that had little interest in actual structural change. Brexit was happening, Trump was about to be president, the world felt new and strange. I don’t think my book is important, but I hope it makes readers feel seen and maybe gives them hope.

What are your future plans, for yourself and your writing?

I plan to keep writing for a long, long time, and have a few things in the pipeline that I’m happily working on, both long fiction and short. I’d like to publish a short story collection one day and have a few ideas mulling around for future books too.

You can buy The Water Cure by Sophie Mackintosh here.