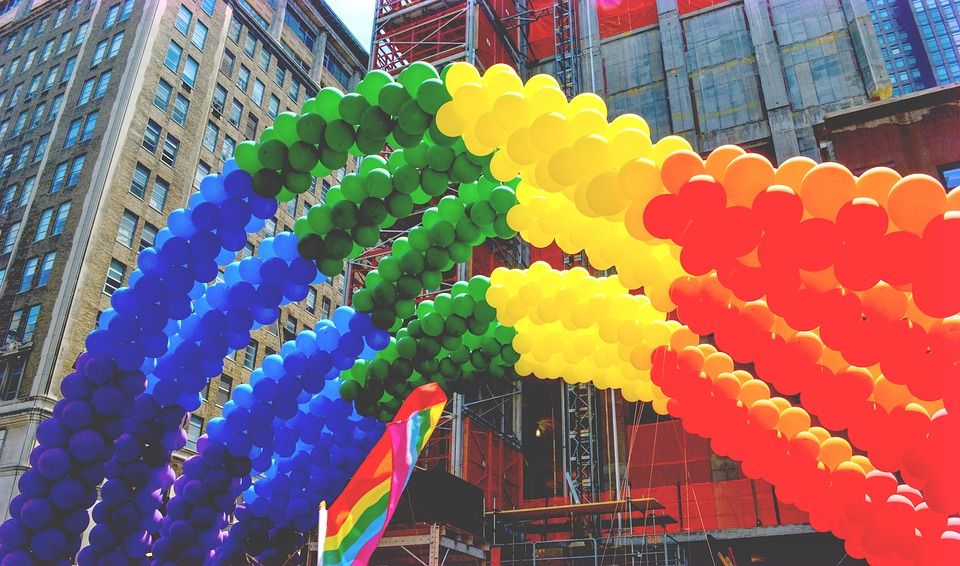 This time of year has come around far too quickly, but I’m not complaining. I’ve done first year, and having been at Warwick until a few weeks ago, I missed a lot of Pride-related events in my city. But while I was unable to attend the spectacle that is Birmingham Pride, I was lucky enough to wait until July 7 to see people come together for Trafalgar Square festivities. For those of you who don’t know, London’s annual Pride parade was held on this day – and it was magical. Rarely does this occasion hit any unexpected bumps, and every West End street is chock-a-block with crowds eagerly awaiting performances commemorating Pride whilst Trafalgar’s stages display acts from Pride’s Got Talent 2018.

Happy more than hopeful, the LGBTQ+ community never fails to impress in its ability to deliver an extravagant display. In anticipation of Brighton Pride in August, let’s summarise what was good in music for LGBTs this year, and bring back a few older tunes while we’re at it (in no particular order). And another little list at the end just in case you haven’t got enough to go on.

What: A song originally written about the UK’s British National Party, Allen then changed the track’s addressee to US President George Bush Jr. Subsequently, it has morphed into an LGBT anthem of sorts. This blog post details how, and though Allen’s rhetoric has undergone severe criticism she is still considered a powerful ally of the community.

What: This anthem is accompanies by a fitting music video, which features Stefanie Scott as Coley in awe of her friend Sonya (Kelsey Chow). “I loved the idea of how all these guys always are stealing other guys’ girls and I was like, ‘There’s no female anthem for a girl stealing another guy’s girl,” the artist told US Weekly in an interview. It was released on Kiyoko’s second EP, This Side of Paradise.

What: The band’s frontman Olly Alexander states that the music video to accompany the track was made in order to “celebrate all different kinds of sexuality and queer identities”. Alexander himself has been open about his sexuality, partaking in documentaries and living in high-profile relationships such as that with ex-Clean Bandit violinist Neil Milan.

Sam Smith, “Stay With Me”

What: In spite of its heartbreaking nature, Sam Smith’s serenade hardly addresses heartbreak. It serves instead as a loving tribute to “a man I fell in love with last year”. A gay icon, in music, fashion and beyond, Smith is doing wonders for the community today.

What: Visit this link for the full soundtrack of the film directed by Tom Hooper. A must-see, this film is based on the 2000 novel by David Ebershoff, which builds a narrative around the lives of artists Lili Elbe and Gerda Wegener. Previously a married couple, the former underwent one of the first sex reassignment surgeries in history and died as a result of complications. The film’s music is in a sense a testament to the struggles of transgender people, particularly in less accepting societies.

Katy Perry, “I Kissed A Girl”

What: Similar to the above track, this is an older song and one that came at a time when the LGBT was not held in such high regard. A lot of work has been done to improve the LGBT community’s experiences since 2008 – indeed only in 2014 did the UK legalise same-sex marriage. Thus while Katy Perry’s hit may prove to be something special now, it’s only with time that this track has become less of a parody.

What: This song has done very well in the charts since its very recent release. Released two months before Pride celebrations began, LGBT Arianators have taken the album art as a nod to the community, making it just another ‘gay anthem’ in a series of many.

Calum Scott, “If Our Love is Wrong”

What: Previously coy about which song, Scott stated in a Billboard interview that this particular track was about coming out to his dad, as well as his co-writers and the media. See an interview with Calum Scott for an open conversation with one of our writers about his music and his experiences as an LGBTs.

What: One of this song’s lines goes “The boys and the girls are here, I mess around with them, and I’m okay with it”. Once more, LGBT fans have taken this to indicate his bisexuality, with even The Guardian commenting on what the song may mean for his future. This is welcome after many rumours and fanfictions (see Wattpad) surrounding 1D’s Louis Tomlinson and Styles’ chemistry.

What: Famous in her own right and as Cara Delevingne’s ex-girlfriend, indie-rock solo act St. Vincent released MASSEDUCATION last year. One of the tracks was “Slow Dance” which has since been reworked into a faster, more pop-based track along with a video presenting a “gay disco”.

A history of LGBTQ+ music