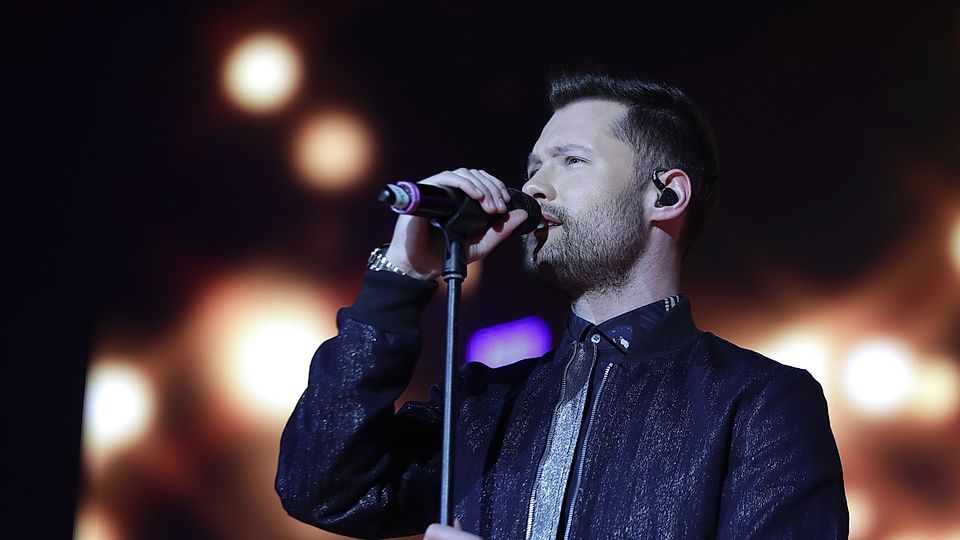 Calum Scott’s Birmingham concert was exhilarant in its celebration of all kinds of love. Met with flawless vocals, emotional speeches and touching stories, as well as two proposals and a roaring audience, it’s safe to say that everyone left with their hearts incredibly full. I couldn’t help reflecting, both from watching Scott perform and talking to him personally, that it takes incredible talent to not only to perform so outstandingly but also to make people feel such happiness, and such love – in conversation, he marvels in the main at the fact that it was “something that I’d done”, acknowledging the impact he has on so many individuals whilst performing to hundreds every night of the Only Human tour.

From this conversation, and from observing other concert-goers, it is clear his work has instigated significant change in people’s lives. A particularly touching tale, Scott relays to me the story of a man who had been inspired by his music to the extent that he was able to come out as gay to his wife and children, his efforts resulting ultimately in positive change; “[the kids] have two parents that love them both very much. I was just so touched that something I’d done had allowed someone to have a new lease of life like that…it just inspires me even more to do this for the rest of my life – [I’m] super grateful,” gushes Calum as he speaks of his craft with immense pride.

Scott’s music gives people the platform to accept who they are; gay artists like himself achieving worldwide fame is paramount to the social standing of LGBTs

This particular incident is not a rarity, with Scott’s music giving people the platform to accept who they are; we discuss how gay artists like himself and Sam Smith achieving worldwide fame is paramount to the social standing of LGBTs. Often coming from backgrounds where being accepted is an obstacle, seeing such popular gay men celebrated by millions of people acts to strengthen the community at large. “It could be argued I have more of an argument on gay rights, simply because I’ve written songs about LGBT issues like coming out to my mum, my dad, coming out to my friends, falling in love with a straight man…” he considers as I speak to him about how his music relates to current issues.

“I don’t take all of that stuff lightly, I’m very serious about the fact that I have an influence now…because I am a gay man myself I do stick up for those rights and want people to be a bit more compassionate with the LGBT community and inspire more bravery in it too. I’m honoured to stand in front of so many people and not only be accepted as a singer and a songwriter…and having that acceptance especially as a gay man as well is huge, so if I can give back and give younger, confused – or even older, you know, it’s not just younger people that struggle with gay issues, there’s a lot of older people who do as well – it can inspire a lot of love in the world…I was terrified of coming out, so I think it’s just trying to give your personal experiences is the least I can do…for me it’s more important [than anything] to see those messages from kids who say ‘you’ve inspired me to come out and I live a much happier life now.’ It touches my heart.”

An emotional Calum was tearful as he sang, highlighting the struggles he faced in coming out to his parents and friends

The celebration of LGBT love as a defining feature of Scott’s music was undeniably reflected in the concert and made for the night’s most touching moments. Inviting two VIPs (coined ‘the two Matthews’) onstage before belting out the romantic ballad ‘You are the Reason’, the room erupted as one Matthew got down on one knee to propose whilst a lesbian couple in the standing ticket area shortly followed suit. Such acts of love were only made more emotional by the exclusive performance of a song called ‘No Matter What’. An emotional Calum was tearful as he sang, highlighting the struggles he faced in coming out to his parents and in rejection by friends.

“Family and friends rallying round you is the best feeling ever…you’re up there to be enjoyed and be criticised, so when somebody’s genuinely got your back it feels safe…we all love our families,” he says, making the words of his parents (“I’ll love you no matter what”) in the song all the more poignant. Standing in a room so jubilant in its commemoration of love – whether that be prompted by the words of his songs or the proposals witnessed – It was difficult to imagine anybody being averse to such joy. Love is timeless, but the relevance of the issues confronted was incredibly current and, more importantly, beautiful and moving.