The Royal Wedding – a cost fit for a princess?

This weekend, there was a key event on everyone’s lips (and I’m sorry, football fans, but it wasn’t that). Prince Harry and Meghan Markle got married, and people were talking about the dress, the guests, the incredible pastor. They were talking about everything, save the cost. How much was the royal wedding, and was it worth the money?

Most estimates of the cost of the royal wedding place it at around £32 million (the most expensive wedding ever was that of Harry’s parents, Prince Charles and Lady Diana, which cost around £82 million (adjusted for inflation)). About 95% of that total being used for security for both the guests and the onlookers (although there are no exact numbers – the Home Office told the BBC that revealing policing costs for the day could compromise national security). Windsor had to be locked down for the day, with crowd control measures in place and restrictions placed on shops and restaurants. By way of comparison, the bill for Prince William and Kate Middleton’s wedding in 2011 was estimated at £20 million – although it was bigger and took place at Westminster Abbey, the ongoing high terrorist threat level helped ramp up security costs.

Even disregarding security costs, it was still a fairly pricey affair – the food and drink, the dress, flowers and a glass marquee for the reception have been priced at around £2 million. That’s about 84 times the average UK wedding cost of £23,700.

Now, the royal family has announced that it will pay for the ‘core aspects of the wedding’, which includes the church service, the associated music, flowers, decorations and the reception afterwards, and Meghan was reportedly expected to pay for her wedding dress herself (prior to the wedding, she had a total net worth of $5 million and an annual salary of $450,000 from her work on Suits). Although it cost around half a million dollars, Meghan certainly had the money to spare.

That still leaves the security costs, though, and its down to the taxpayer to pick up the tab. The sheer level of this amount has led to unsurprising questions about whether the royal family are truly value for money.

It has been estimated that the wedding provided a £500 million boost to Britain’s economy, thanks to tourism and the merchandise sales it facilitated…

Defenders of the royals often state that the family bring in far more money than they cost, and so getting rid of them makes no economic sense. The royals are a huge global brand that attract tons of attention worldwide, as the global viewing figures of over two billion people demonstrates. It has been estimated that the wedding provided a £500 million boost to Britain’s economy, thanks to tourism and the merchandise sales it facilitated – about 15 times its cost. But the wedding is a one-off event – do the numbers normally stack up in the royal family’s favour?

The Sovereign Grant (money that comes from the Treasury – and, by extension, taxpayers – to enable the Queen and her family to carry out official duties) totals around £45 million (although anti-monarchy groups like Republic state that the true cost is much higher because of the family’s security bill being picked up by the Metropolitan Police, and the costs of royal visits being borne by local councils). This amounts to 62p per person in the UK. The family also generates income from her land and property portfolio – these assets, known as the Duchy of Lancaster, provide about £12.5 million a year.

It’s also impossible to put a price on the relationships they help foster with other nations, the charity work they do and the publicity they create for Britain…

So, how much does the family generate? The British Tourism Agency has reported that the royal family brings in £500 million a year, drawing visitors to historic royal sites like the Tower of London and Buckingham Palace. In years with events like weddings and births, that figure can rise. However, opinion is split as to whether these sites would still attract tourists without the family, and there’s no real evidence either way. It’s also impossible to put a price on the relationships they help foster with other nations, the charity work they do and the publicity they create for Britain.

Questions surrounding the royal family are likely to hang in the air in the near future, with the Meghan effect continuing to captivate the public and the likelihood of Charles’ succession to the throne increasing. Will the public’s response to the cost of the royal family shift? That remains to be seen.

Kamal Ahmed on ‘Threats to the Global Economy’ 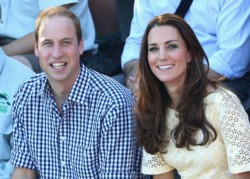 Abolishing the monarchy: is there a case for the 1000-year-old institution? 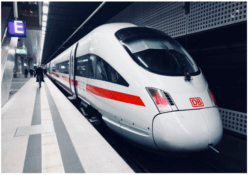