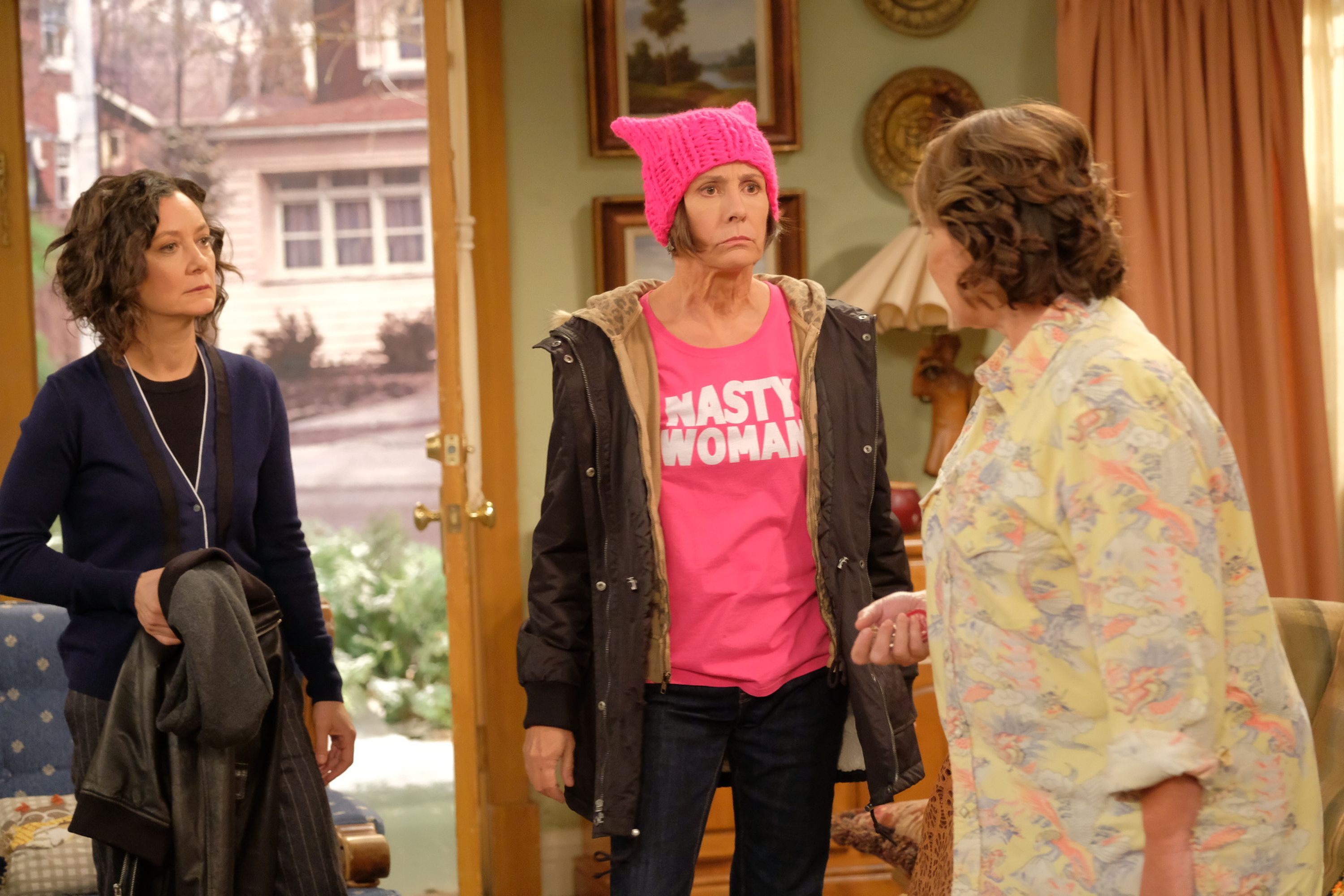 Iconic American sitcom Roseanne is back on our screens, and it has surpassed all expectations – an audience of 18.4 million people tuned into the revival, making it one of the highest-rated comedies of the decade.

Telling the story of the Connors, a working-class American family helmed by outspoken Roseanne (Roseanne Barr) and her husband Dan (John Goodman), the show was absolutely ground-breaking when it hit the screens 20 years ago – it actually portrayed blue-collar life realistically, and it treated provocative issues that ordinary families faced and were never addressed onscreen.

Roseanne would be an out-and-out Trump voter

The key issue with this revival – Barr announced that Roseanne would be an out-and-out Trump voter. In-world, it made complete sense – the Connors are exactly the kind of family that voted for Trump, and Roseanne really delivered in areas that Trump carried in the 2016 election. Now, obviously nostalgia played a part in drawing in viewers – Roseanne is still a beloved (and very funny) show in America, and many viewers tuned in to catch up with characters they watched and loved (the same is true with other revivals, like Will and Grace). But there’s more to it than that – the show drew in viewers who weren’t even alive when the show aired the first time around. Similarly, the President claimed that his supporters tuned in (and, to be fair, they did) because it was a character that supported him (he even called Barr to congratulate her on the ratings). But Roseanne, although it referenced politics, was not political. So what’s going on here?

In a recent Boar article, I mentioned the level of conformity in the US media, and the surprise at the success of Roseanne just highlights this further. Donald Trump was elected a year and a half ago, and Roseanne is the first show in all that time to actually suggest that Trump voters might be nuanced characters with thoughts and motivations of their own – in other words, they’re just people. There has been a single blanket idea of Trump voters in all of US media – they are backwards, racist hillbillies, completely worthy of scorn and disdain. It’s been weird, really, to see news anchors and celebrities decry a country that has ‘never been more divided,’ and then slate half the population.

On TV, the question of representation is often raised – we aren’t seeing enough black voices, enough female voices, enough LGBT voices, etc. But when do we ever see working-class voices, pro-Trump voices (or, in the UK, pro-Brexit voices) in a way that isn’t simply designed to mock them or belittle their beliefs?

In the show, Roseanne backed Trump and her sister Jackie (Laurie Metcalf) voted for Hillary – the first episode has great fun with the contrast. “Not only did she vote for the worst person on Earth,” Roseanne says, “but she was a real jerk about it too.” There’s a scene in which Roseanne’s daughter Darlene (Sara Gilbert) references the political feud, and suggests her mother would be the one keeping it alive – she opens the door to Jackie, wearing a pussy hat and a bright pink shirt reading ‘Nasty Woman’, who greets her sister as a ‘deplorable’. Every show in between Trump’s election and Roseanne’s revival has had Trump voters as the baddie – it’s a change for the liberals to be the ‘other’ figure for once.

But, although I’m making it sound like a big battle, Roseanne never forgets that it is a family sitcom – it is markedly different to anything else on the market at the moment because it takes political differences and diverse viewpoints and uses them as a starting point towards empathy and commonality. There’s a scene in the opening episode when Darlene’s son Mark is sent home from school for showing a bully a pocket knife that Dan gave him (as a peace offering, mind). Mark tells his mum that the bully called him weird, and she eventually admits the truth: “Here’s the thing. You are weird. I’m weird. This whole family’s really weird. So you’ve just got to hang in there until people figure out that weird is cool.”

Different voices on TV are always a good thing, specially packaged in a wholesome and hilarious family sitcom – it may be weird to you, but that’s no reason to knock Roseanne. 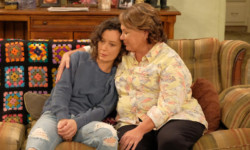