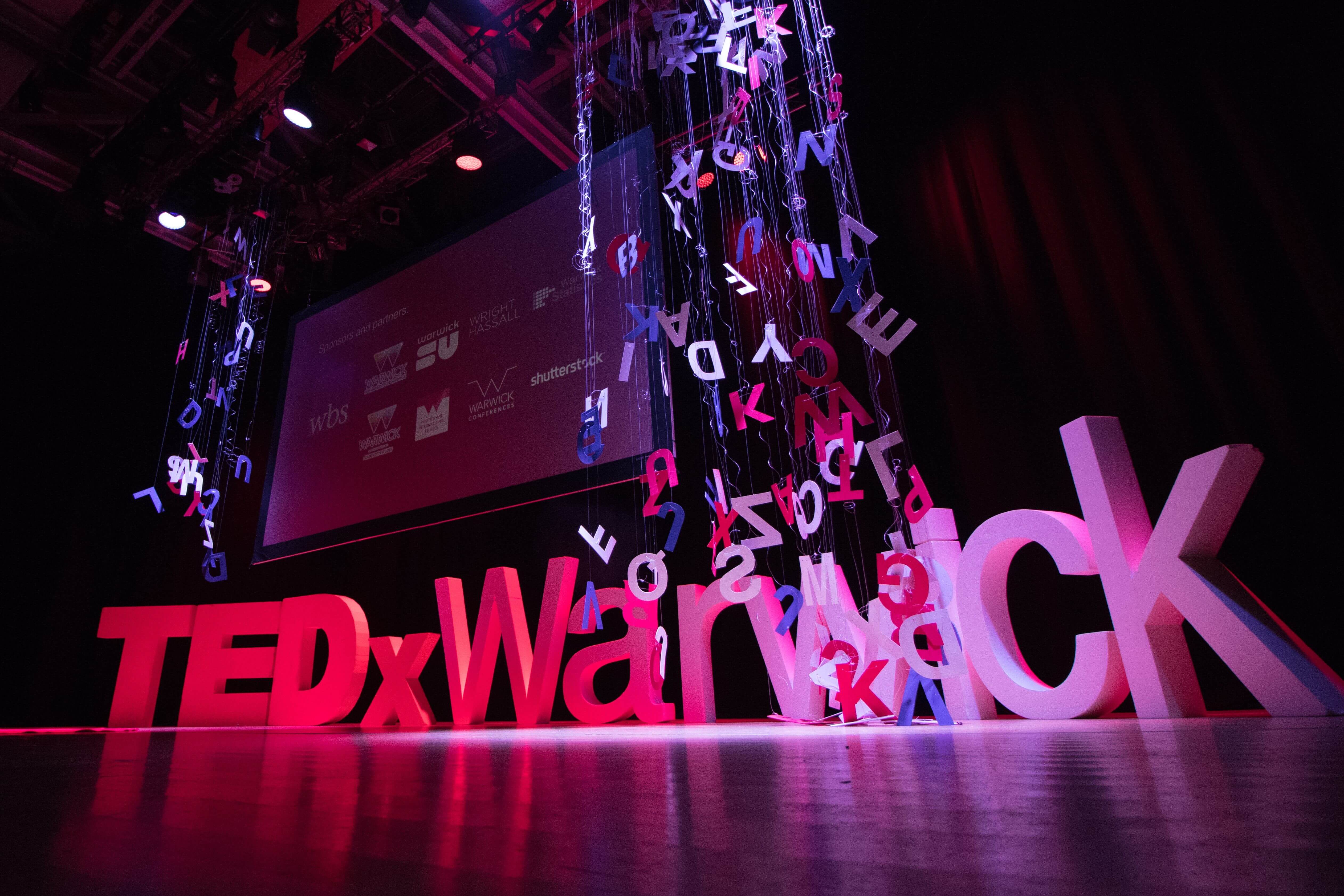 Founded in 2008 by Kunal Amin, an engineering student at the time, TEDx Warwick has evolved into Europe’s largest student-run conference. With 14 high-profile and engaging speakers, and a range of performers, this year’s event celebrated its 10-year anniversary in a way that truly embodies the TED ethos of ideas worth spreading.

The day began with the host introducing us to the themes of defiance and breaking through limitations, and the audience were urged to “question the information we take for granted on a day-to-day basis”. 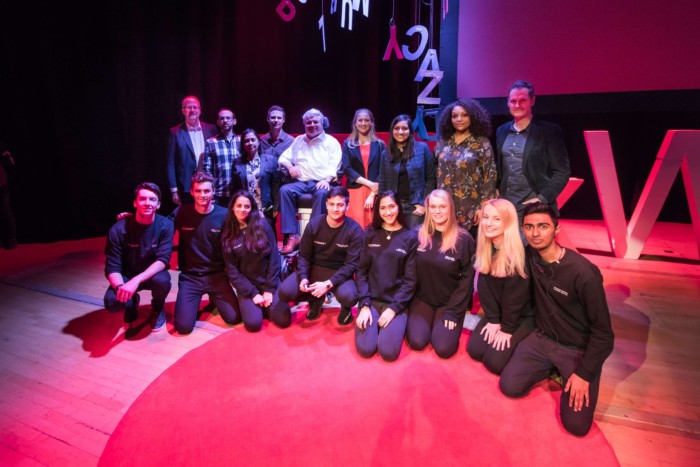 A team of over 50 student volunteers organises the conference / Image: TEDx Warwick 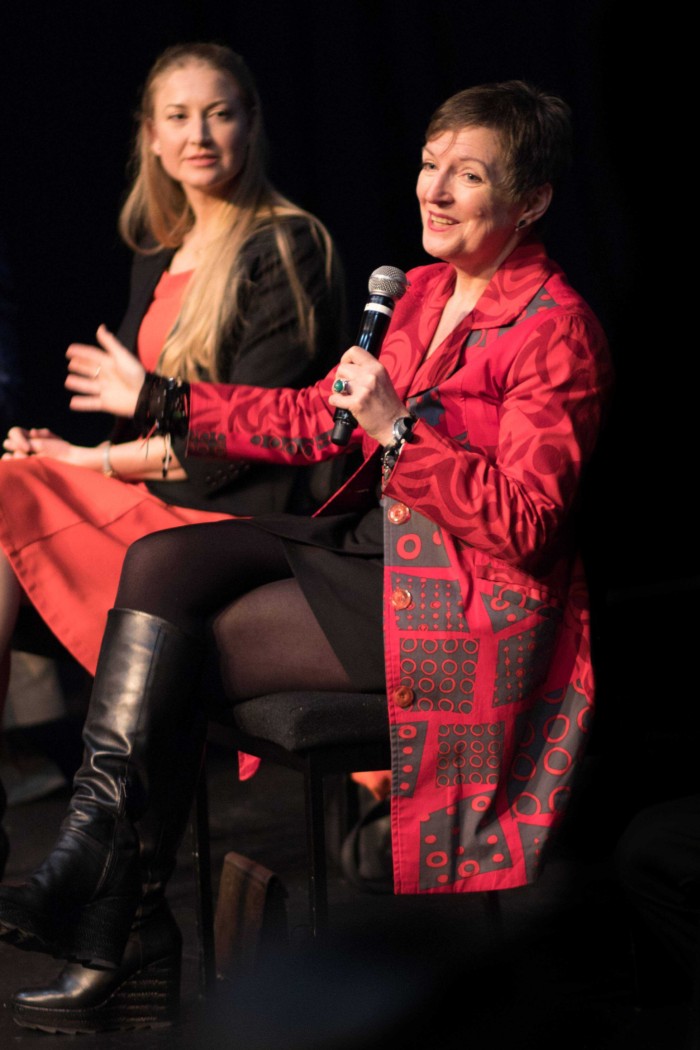 Melanie Windridge (left) and Avivah Wittenberg-Cox (right) were among those speaking at the conference / Image: TEDx Warwick 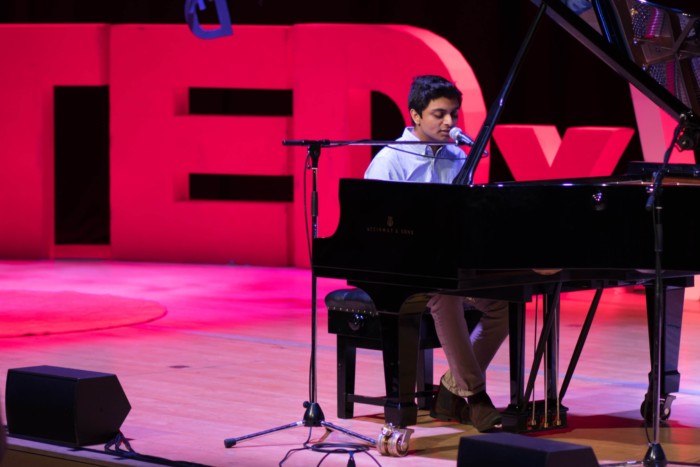 This concept of competing ideas played a prominent role in the talk of the first speaker, Dr Jamie Whyte, who spoke on what he labelled as the “hysteria” surrounding fake news. Whyte explained that “Governments themselves are peddlers of fake news”, and urged us to ignore cries of fake news from “those who want to control the narrative”. Whyte, who is Director of Research at the Institute of Economic Affairs, stressed the importance of speculating on the information available because “the truth is not authorised, the truth is discovered” and this only happens “through competition between ideas”, when we essentially reflect upon what is given.

Melanie Windridge spoke on the importance of moving away from fossil fuels and embracing alternatives, such as nuclear fusion energy which produces no greenhouse gases. Just 1kg of fusion fuel produces as much energy as 10kg of fossil fuel. This is why Tokamak Energy, the company Windridge works for, are “aiming to show that fusion energy could become commercially viable by 2030”.

On the topic of love, gender and marriage, author Avivah Wittenberg-Cox began her talk by saying that “the 21st century has seen the rise of half the human population: women”. Wittenberg-Cox’s work focuses on what she defines as the third stage of love: finding a soulmate. She advocated complete parity in relationships, defying the traditional phrase ‘behind every great man is a woman’ and inverting it completely to “beside every great leader is another great leader”.

We’ve reinforced our own bias into AI

Defying gender stereotypes as a woman in STEM, Kriti Sharma spoke on the biases artificial intelligence (AI) has learned from humans. Sharma acknowledged that “we’ve reinforced our own bias into AI”. She reassured us, however, that this could be reversed since AI is in our control; it has great potential in the kinds of developments it could bring to human society, if we build AI tech for everyone.

Humanity’s relationship with technology is at a tipping point

Mike Morel took the stage to speak on Net Neutrality, a recent issue in the USA after the FCC (the Federal Communication Commission) voted against it in December 2017. Net Neutrality refers to the fair treatment of all legal content, made possible only after the invention of the internet, it means that all content on the web is equally accessible to all of us. The end of this, then, would enable some websites to pay Internet Service Providers (ISPs) to load at faster speeds, block access to competitors and much more. Morel noticed that “humanity’s relationship with technology is at a tipping point”. He explained that reasons why shows like Netflix’s Black Mirror are so entertaining is because the dystopias they depict are so familiar to us.

In a more personal talk, Harnaam Kaur, graced the stage to share her story of self-acceptance and empowerment after being bullied when growing up due to facial hair caused by her polycystic ovary syndrome –  a condition said to affect one in five women in the UK. Kaur decided, aged 15, to no longer shave her beard and embraced her body in its natural form. Now a recently-turned model and Guinness World Record holder as the youngest woman in the world with a full beard, Kaur embodies the defiant and confident attitude we all strive towards.

Copenhagen University Professor Matthew Johnson added to the theme of environmental awareness by discussing the “largest environmental threat” that we have: air pollution – which kills 7 million people a year. Johnson proposed solutions that change architecture design, using the example of Danish company AirLabs and their production of a ‘Clean Air Bench’.

In a more light-hearted talk, New York Times Opinion writer, Seth Stephens-Davidowitz, drew upon Google search analytics to discuss what the data says about society. Analysing how search patterns were affected by an Obama speech, his talk uncovered what analytics can tell us about sexuality, racism, politics and much more.

Creativity is about an attitude

Pragya Agarwal’s talk considered the nature of creativity – whether it is an innate characteristic or whether it can be developed. Agarwal drew on her own experience of stepping out of her comfort zone and taking a pottery class, realising that “creativity is about an attitude” more than anything.

Tim Edwards, an activist and managing trustee of the Bhopal Medical appeal, focused his talk on man-made disaster. On 3 December 1984, a horrific gas-leak in the Indian city of Bhopal devastated the area. Bhopal locals were exposed to a distinct environmental crime, a fault that Edwards placed on businesses who prioritised shareholder dividends before fundamental human rights. When no one fought for justice for the residents of Bhopal, Edwards described how sick and impoverished, uneducated Muslim and Hindu women stood up to act through demonstrations. These women took justice into their own hands by daring to challenge the morality of businesses who destroyed their city.

Corrine Le Quere, a scientist and Professor of Climate Change Science and Policy at the University of East Anglia, delivered a refreshingly brilliant comedic talk on climate change; her use of humour to tackle a topic that is often hotly debated paid off and earned her a standing ovation. She spoke in an engaging way that drew upon her research and left her, and the audience, quite emotional towards the end of the talk.

On the most vulnerable members of our society, Temi Mwale, founder of social enterprise 4Front Youth, spoke about her trauma as an adolescent when she lost a close friend to violence, then how her resulting anger spurred her to create a platform for other young people affected by violence. In her second TEDx talk, Mwale emphasised the importance of recognising and challenging all forms of violence. After travelling across the world to investigate the justice systems in place to tackle youth violence, Mwale stressed that “we really must destroy the systems that introduce this violence”.

Michael McGrath was diagnosed with Muscular Dystrophy (MD), a progressive muscle-degenerating condition, aged eighteen. He defied all expectations and, twenty years later, became the first disabled person to lead expeditions to the North and South Poles. He explained that “the essence of why some people defy expectations, defy the impossible, is the ability to have that resilience”. McGrath chose to live life to the fullest, embodying the perseverance and resilience that should drive us all to dare to defy and “question the information we take for granted on a day-to-day basis”.

** This article was updated on 20/04/18 to include the YouTube videos of the talks. You can see more content like this, including playlists of TEDxWarwick talks at https://www.youtube.com/user/TEDxTalks/