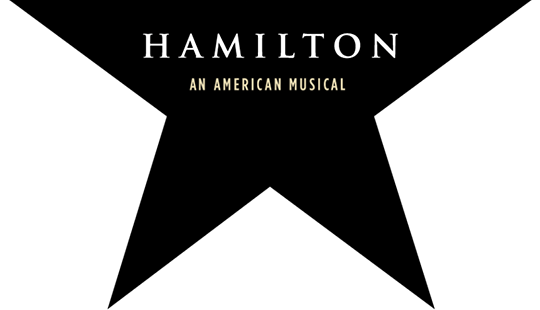 Hamilton: what’s the hype all about?

It’s the Broadway musical that has taken the world by storm. With the opening of the West End production of Hamilton pulling in five-star reviews from all the critics, two Boar Arts writers look at exactly why Hamilton is the musical the world has been waiting for.

I have this awful habit of falling asleep during live productions. No matter how excited I am, or how engaging the performance is, there’s always this point after the intermission where my eyelids start drooping. West End, Broadway, Warwick Arts Centre – I’ve fallen asleep in them all. Even with rapidly multiplying anticipation and the composure of a five-year-old on Christmas Eve, I was terrified I was going to fall asleep during Hamilton.

The fear was unfounded. Instead, I spent every single moment awestruck and dumbfounded by what was playing out in front of me. It was a spectacle, so polished and precise that it seemed almost ethereal. My mum had concerns that I’d built it up so much in my mind that I’d inevitably end up disappointed; in reality, I was disappointed I couldn’t see it again and again.

I think part of Hamilton’s success lies in its accessibility. The soundtrack is readily available on Spotify or iTunes and, as a sung musical, you would think that you wouldn’t really need to see it to experience it. The songs alone have cultivated fans the whole world over. But if listening to the soundtrack is rapturous, then seeing the production as a whole is euphoric. It was this two-and-a-half hour out-of-body experience that had everybody in the theatre grinning, laughing and crying at the same time.

Hamilton is a modern musical. On the face of it, I never thought I’d like what is essentially a hip-hop musical. ‘The Schuyler Sisters’ was the first song I ever heard, and it’s possibly one of few that’s remotely in the realm of mainstream musical theatre. But Hamilton’s musicality and lyricism, regardless of your musical inclinations, is something to behold. It’s not some straightforward story that you can follow aimlessly, but rather it’s this multi-faceted experience. Once you’ve worked out what’s actually being sung (easier said than done, given the fact a lot of songs have multiple people rapping over one another), you’ve still yet to decipher the subliminal meaning. Nods to popular culture, historical titbits and double entendres are laced throughout. Nothing about this musical is superficial – every lyric, every movement, every costume change is completely and utterly intentional. You will never be satisfied, and it is the sort of musical you can watch and rewatch without it getting stale.

Nothing about this musical is superficial – every lyric, every movement, every costume change is completely and utterly intentional

The rich characters carry what could potentially be a very dry story. By casting him as narrator, the audience is able to empathise with Burr’s drive and determination in what might otherwise by seen as ruthless self-aggrandisement – he is less the story’s antagonist, and more Hamilton’s less fortunate parallel. Comic relief comes thick and fast throughout the story, but with enough tact so that it does not seem callous. Jefferson, almost a caricature sauntering down the stairs with a Fred Astaire cane, is a surprisingly well-rounded character who isn’t just there to throw some offhand jokes in.

But what makes the London production so fresh is Jamael Westman’s Alexander Hamilton. I love Lin-Manuel Miranda, and the passion for the characters he has created is evident in the soundtrack, but Westman’s steely resolve and stoicism makes Hamilton a much more believable character. His portrayal is less frantic, and much more akin to the calculated genius Hamilton is supposed to have been. There was concern that Hamilton wouldn’t translate as well to a British audience, but it is fundamentally an underdog story with a protagonist that the audience roots for.

Comic relief comes thick and fast throughout the story, but with enough tact so that it does not seem callous

Each component of Hamilton’s genius – the ethnic minority casting, the hip-hop soundtrack, the fact it’s about the American equivalent of the Chancellor of the Exchequer – could doom it to fail if it weren’t for Miranda’s mastery. With investable characters, soaring harmonies and lyrical flair, he’s transformed what, on paper, is a very niche production into a mainstream phenomenon.

Wait for it, they told me. So after skipping seminars in order to make sure I was placed squarely in the online queue for priority tickets and suppressing screams under the tension of an overloaded internet server, I finally secured four seats for the long-awaited London run of Hamilton: An American Musical. And wait for it I certainly did. 11 months, 11 days and approximately 6 hours.

The main run of the smash hit musical, which opened in London just a couple of weeks ago, has predictably generated rave reviews across the board. I first heard the soundtrack not long after it was originally released in 2015 – and, like the masses, how could I say no to this? The hype was, unusually, spot on: Lin-Manuel Miranda was hailed as musical theatre’s next genius, having created a masterpiece with brilliant complexity of language, content and genre. In truth, I couldn’t even handle listening to the soundtrack alongside writing this article – Miranda’s dexterous interweaving of hiphop, R&B, rap, soul, traditional musical theatre and pop is too catchy and intelligent for me to focus on anything else.

In truth, I couldn’t even handle listening to the soundtrack alongside writing this article

But how well has this undeniably American musical been received in the UK? It may be true that we can’t connect to Hamilton like American audiences can because it isn’t part of our heritage or history in the same way, but it’s safe to say that Miranda’s worries that it might not be as well-received by a British audience (due to its mocking of the British King George) were unfounded. Actually, as the most caricatured, petulant character of all, he was possibly one of the most hailed and cheered, at least in the performance I went to see.

In fact, the general mood of the audience was rather singular. I have long lost count of the number of times I have been to the theatre, but there was something about the feeling in the air that night that will stay with me – all the people here knew they were in ‘the room where it happens’, witnessing and taking part in something that was creating history. And by the end, it wasn’t just the Hamilton-maniacs wiping tears from their eyes.

There was something about the feeling in the air that night that will stay with me – all the people here knew they were in ‘the room where it happens’, witnessing and taking part in something that was creating history

The performance certainly delivered: slick movement sequences, brilliantly mobile sets and stylish yet pared-back costumes are the well-oiled cogs that turn smoothly in the Hamilton machine. The casting is remarkable in its mix of seasoned performers and almost complete newcomers – most notable is 25-year-old RADA graduate Jamael Westman as Hamilton. It seems all the critics are hailing his rendition as dazzling – but is it really that good?

I’ll be the first to admit I’m biased – having listened to the soundtrack hundreds of times, and devoured whatever YouTube clips I could find of the original Broadway cast, I find it odd to hear any voice that isn’t Lin-Manuel Miranda’s in the role of Hamilton. Combining this with the knowledge that this man actually wrote the entire musical, it’s easy for me to say that no one could ever fill his shoes.

For me, it is the women who shine in this show

However, until a few days ago, I had never seen a full performance. Listening to the soundtrack that many times led me to an understanding of the character as larger-than-life from the beginning, a man who dominates every room he enters with his charisma and drive – and it takes the right actor to bring that out. Watching Westman in his opening numbers, try as I might to put any preconceptions out of my head, I just couldn’t feel the power of the character in the same way I had previously. I found his movements a little stiff, his vocals a touch subdued, his thoughts slightly unsure. ‘My Shot’ is arguably Hamilton’s most important song: it encapsulates the very essence of his character and forms an important refrain throughout the work. Westman raps it word-perfect, but there is something lacking in his energy, at least to begin with. Nevertheless, as the musical progresses he grows into the role with increasing vitality, and by the end has proved himself a formidable figure indeed.

Yet this pattern is repeated with both Jason Pennycooke as the Marquis de Lafayette/Thomas Jefferson and Giles Terera as Hamilton’s rival, Aaron Burr. Perhaps I should chalk it up to bias, or perhaps I shouldn’t even be comparing to the original Broadway cast, but the vocal intensity of the London company is, in my opinion, not quite up to scratch – yet. That aside, some of the vocal nuances taken by Terera in particular are fantastic: ‘The Room Where it Happens’ is a standout number, and there are some refreshing musical twists taken throughout on the original score.

For me, though, it is the women who shine in this show. Rachel John, Christine Allado and Rachelle Ann Go as Schuyler sisters Angelica, Peggy and Eliza belt out huge numbers and tender ballads with great skill and emotion, and demonstrate that Hamilton is as much about the founding mothers as it is about the founding fathers.

The verdict? 5 stars, of course – I wish I could say it was easy to get your hands on tickets, but aside from the daily lottery, they’re pretty much sold out ‘til the end of the run. So, like me, I guess you’ll just have to… wait for it.