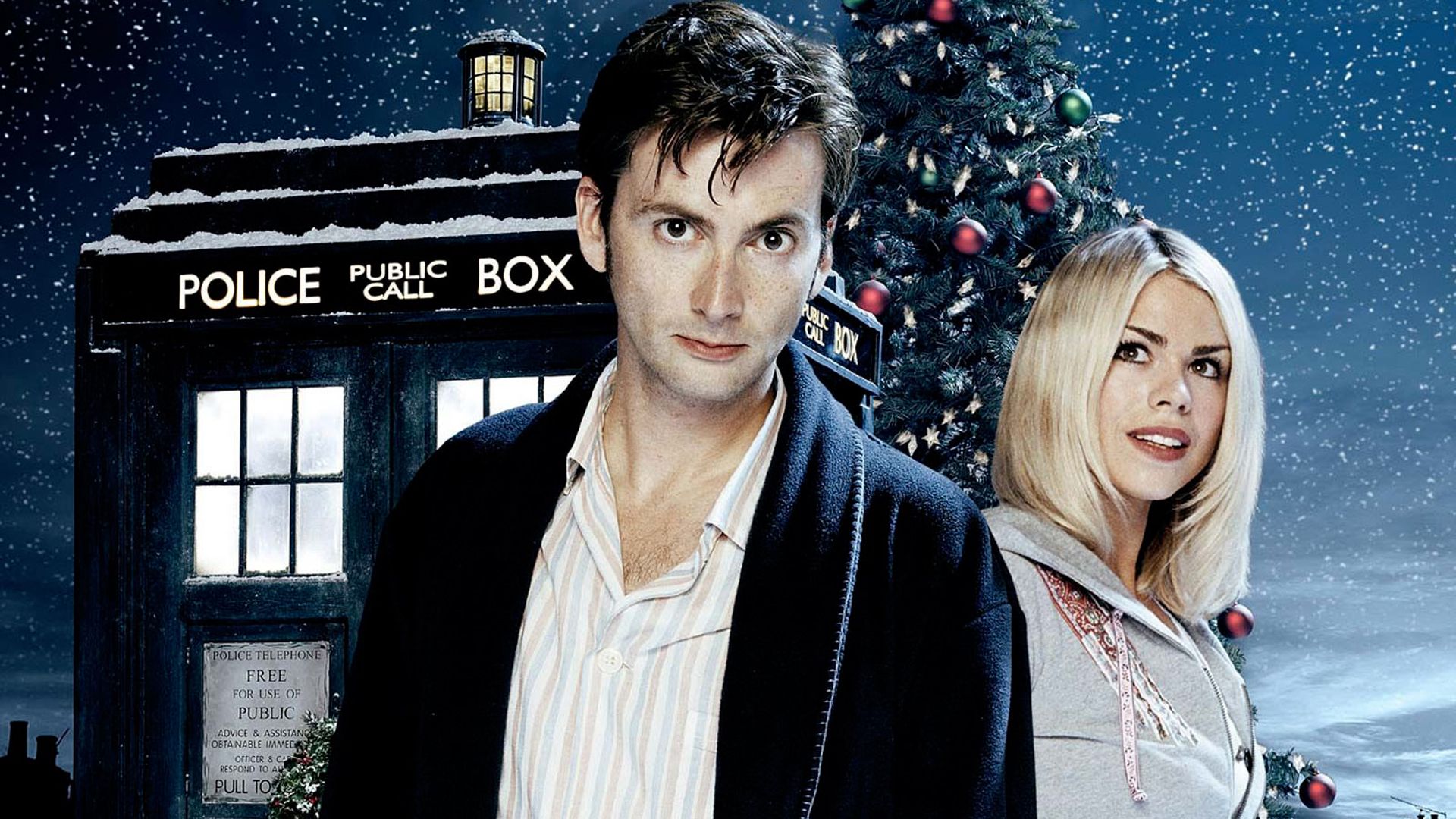 A monolith in the pantheon of TV specials, Father Ted has a bizarre collection of brilliant one-off moments that makes it an episode to remember. You’ll most likely remember it as the episode where Ted, Dougal and six priests are trapped in the lingerie section of a shopping centre. However, what makes this truly a Christmas ‘special’ is that every main character contributes their own nugget of comedy gold.

When Dougal is excited for the picture behind his advent calendar: ‘I – I bet it’s a donkey or something’, to which Ted responds, ‘so you’ve changed from your original prediction? What was it again, Ruud Gulit sitting on a shed?’

Father Ted using an acceptance speech for the Golden Cleric to get back at everyone who’s ‘fecked him over.’

The fact that this episode is still repeated every year on Channel 4, 17 years after its release, demonstrates the impact this classic has had on the world of Christmas TV.

Christmas wouldn’t be Christmas without Rowan Atkinson. With ‘Merry Christmas Mr Bean’ coming in close second, Blackadder’s special, ‘Blackadder’s Christmas Carol’ is at the top of my list of classic pieces of Christmas telly. I could dedicate a whole article to why Blackadder is an absolute masterpiece, but this episode in particular quite simply brings me joy.

As always, the writing done by Ben Elton and Richard Curtis is majestic, creating a role reversal of Scrooge that is hilarious, without poking (too much) fun at the central character. Instead, the wit and charm of the episode makes it a real Christmas treat. The nostalgia that this episode, and Blackadder in general create, epitomise Christmas for me personally – bringing back memories of watching far too many repeats of classic comedies on GOLD with the family, alongside one too many glasses of mulled wine. Well worth a watch.

‘Time on our Hands’ – Sam Savelli

My favourite TV Christmas special would have to be an episode of the classic BBC comedy Only Fools and Horses. Back in a time before I was alive, Only Fools and Horses used to be the biggest event of Christmas TV and there are so many excellent festive and feature length episodes of the show made in the 80s, 90s and early 2000s. To choose just one of these, I have to go with the most famous of all, ‘Time on our Hands’, an episode so iconic that it pulled the highest every viewing figures for any non-soap opera TV programme in the UK (24.3 million). It’s a wonderful final episode of the series, which sees the Trotters finally become millionaires.

Since Doctor Who returned in 2005 there have been Christmas specials and while some (Last Christmas) have been good in my opinion, none have matched the original – ‘The Christmas Invasion’. This is a story where Christmas is relegated more to the background and the focus is on the Earth being invaded with a newly regenerated Doctor comatose for most of the running time. The special has some of the creepiest imagery of a Christmas special, the Santa robots waiting for our heroes outside their home as well as the image of a third of the world’s population standing on rooftops waiting to jump. David Tennant does an admirable job in his debut given for most of it he’s asleep but when he does wake up he previews the Doctor he is to become with humour, energy and a good fencing hand. This special has atmosphere, tension, heart and a sense of adventure as the show geared up to go further than it ever had before.

Christmas – above all else – is about family, and few shows were better placed to capitalise on this than Gavin and Stacey. While, for the majority of comedies, the Christmas Special can be a shallow and contrived dud, the opposite is true in the case of James Corden and Ruth Jones’ modern classic, with a festive setting quite possibly playing host to the high-water mark of the whole programme. There is drama, plenty of humour and heart, with the extended running time allowing for a layered episode. Several iconic moments stand out, such as Doris being ‘absolutely twatted’ on Christmas Eve, Bryn helpfully explaining to Pete’s octogenarian mother that the year is 2008 and Gordon Brown is the Prime Minister, and Nessa and Dave giving everyone a solitary Celebrations chocolate as a present. But in truth the most powerful point of the episode comes near its conclusion, as Smithy is forced to cope with the fact that his closest friend is leaving him, and that his son has a new father figure in his life. My family will certainly be sitting down to watch, as we do every year.

‘The Vicar in White’ – Katie Sewell

If you’re looking for a warm and fuzzy Christmas special look no further than The Vicar of Dibley. For the seasoned Dibley fans among us, you will know that Dawn French’s character Geraldine is pretty unlucky in love throughout the series. In this feelgood Christmas special, the drop-dead gorgeous Richard Armitage sweeps the vicar off her feet. The Saving Private Ryan-themed wedding, complete with fireworks in the chapel, is the perfectly odd wedding to the end a perfectly odd British institution. I can’t put into words how much happiness this special gives me, and I can’t wait to watch it again when December hits.