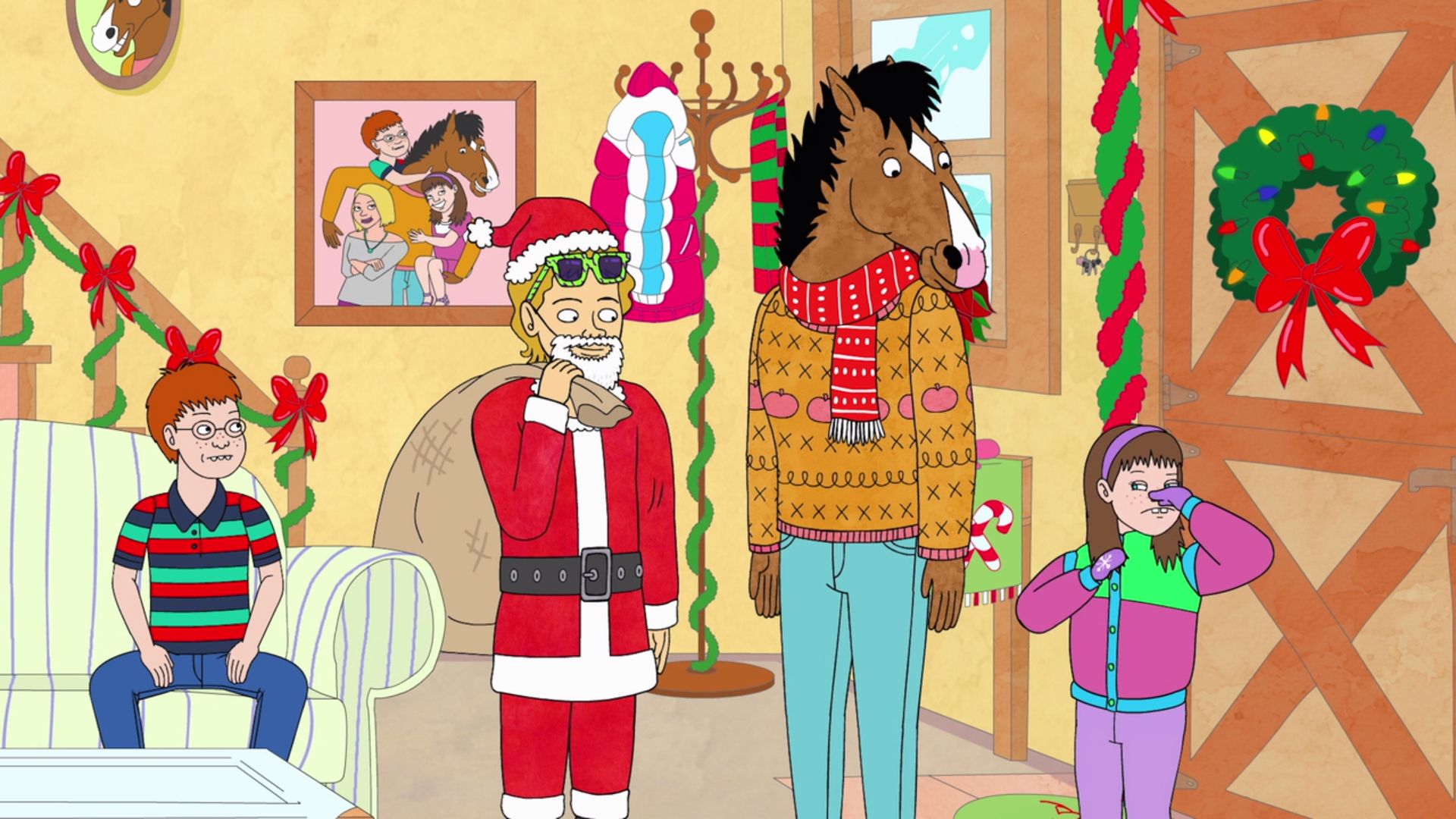 In true Unbreakable Kimmy Schmidt style, the show subverts the typical Christmas special to bring us fake Christmas – on a Thursday. The show has several plotlines following the titular characters, with Titus (in a nod to the classic Christmas Carol tale) learning the true meaning of fake Christmas – having fun with your fake family. The show’s tongue in cheek humour and eccentric characters perfectly play with the notion of Christmas and that the messier the day, the more fun people have. This Christmas special is my favourite because it intertwines fairly lights, Christmas trees and presents with racoons, abandoned hotel and latex allergies – what more could you possibly want from a festive Thursday?

The Christmas episode of Supernatural, a TV series that revolves around the hunting of demons and monsters, may not feature as many carols and candy canes as traditional Crimbo specials but it is without doubt my favourite and will forever be at the top of my Christmas ‘must-watch’ list.

In ‘A Very Supernatural Christmas’ the Winchester brothers investigate a string of paranormal murders in which victims are dragged up chimneys, spurring their hunt for Krampus, a.k.a the Anti-Claus, a figure from folklore who punishes children who have misbehaved. The episode also focuses on the brothers’ attempts to spend an un-supernatural Christmas together, and features festive flashbacks to a Christmas when they were children.

Having grown up watching Supernatural with my sister, the series holds a special place in my heart. Each year, we make sure to re-watch the Christmas special and it never fails to make me feel cosy and festive.

Aired in December 2014, the Christmas Special of Bojack Horseman called ‘Sabrina’s Christmas Wish’ is one that is quite close to my heart. Bojack Horseman, an American adult black comedy series that tells the tale of Bojack Horseman, a washed up Hollywood star from the 90s, and his struggles to fit into the new age of Hollywood in the twenty-first century. The show has been lauded for its honest take on current events and politics, while very realistically portraying depression, addiction and self-destructive behaviour.

This is episode is the very first time the audience has an insight into what an episode of ‘Horsin’ Around’ (the 90s sitcom that shot Bojack Horseman into stardom) really looks like. While I approached the episode expecting a light hearted take on Christmas (and probably a conventionally cheesy look at the holiday), this Christmas special gives you a brutally honest take at what the festival looks like for people without families and loved ones nearby, and quite frankly makes you appreciate what you’ve got. It doesn’t make you warm and fuzzy inside, but it gives you a huge reality check that we all deserve sometimes.

My favourite Christmas special has to be ‘Yippie Kayak, Other Buckets’, the mid-season finale of Brooklyn Nine-Nine. It’s an episode that irreverently pastiches the definitive number one Christmas film: Die Hard. Doing some late Christmas shopping, Jake (Andy Samberg), Boyle (Joe Lo Truglio) and Gina (Chelsea Peretti) get trapped in a heist. The joy of watching Jake live out the movie that inspired him to be a cop is not just great comedy, but heart-warming too, as is the friendship displayed between him and Boyle. The side stories of this episode are fun too, with Terry going up against the Vulture and Amy trying to prove that she’s not a wimp to Rosa and Holt, but it’s the A-story that triumphs here. The show is able to capitalise on what it does best, tell good cop stories within the background of the genre’s stereotypes. For example, despite Jake’s hopes the bad guys are Germans, they turn out to be Canadians. And who can forget that final moment of Gina taking down a crook with a home-made flamethrower, and then going out of control. Pure comedy (and Christmas) gold.

I’ve often sung the praises of Monk, one of the most charming TV shows ever created, and its Christmas episodes deliver everything the show offers – an interesting mystery, lots of humour and heart.

Three homeless men visit Monk and ask him to look into the death of their friend, who was found stuffed in a fridge. Monk, his OCD playing up, can hardly contain his horror at his new clients, but his assistant Natalie convinces him to take the case – in the spirit of the season. Meanwhile, Captain Stottlemeyer is suffering from a bad back, and his bad mood is compounded by nobody needing him at work and his lonely family and love life. Down, he heads to a monastery, which is apparently home to a fountain that can cure all ills. I shan’t explain how it all comes together – you’ll have to watch it to find out.

The episode also boasts one of the funniest ever scenes in an episode of Monk – Monk trying to talk to someone despite the monastery’s vow of silence, and resorting to increasing elaborate charades to try and get his point across – although Monk’s panicked ideas about bums making their own gravy comes close. On top of that, in its story of helping those less fortunate and finding something to believe in, this story ends on a very hopeful note – perfect Christmas viewing.