The University of Warwick is currently going through one of its largest transformations in its 52 year history. Talk to any professor or PhD student on campus and they’ll tell you that it’s not the same place it was less than ten years ago. The rise of Warwick’s Engineering and Business prowess on the global market has lead to a rapid acceleration in the expansion of both departments and, as funding has flooded in from companies, both national and international, from Jaguar Land Rover to Tata Steel, the university has evolved to accommodate.

At the turn of the new millennium Warwick Business School began the first of its four phases of development, culminating in the opening of Phase 3b of its Scarman Road facility, finalising the building we now recognise today and firmly cementing WBS as a dominate and impressive space within the grounds on central campus.

Likewise, down the other end of Library Road, an even more dramatic transformation has taken place. The construction of the International Manufacturing Centre, which began in 1995 and ended in 2002, and the manufacturing park that sprung up in its wake over the next 15 years, has fundamentally realigned the geography of the university to better align it with its business interests. If there was any doubt as to the way Warwick wishes to present itself, we need look no further than London’s crowning monolith, The Shard, with WBS’ recent expansion onto a second floor of the £435 million building, showing that Warwick wishes to be at the forefront of financial and technological innovation. 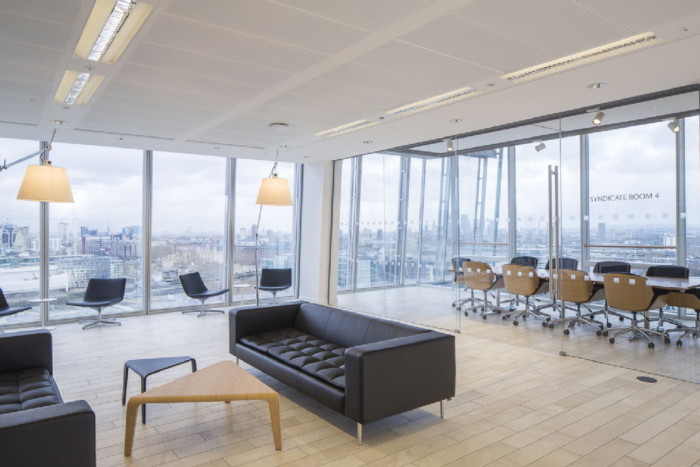 WBS’ investment in The Shard highlights the growing reputation of Warwick as a centre for business talent. Image credit: University of Warwick

This is not so much out of choice as it is necessity; the prime minister and chancellor’s visit to the university in the Autumn of 2016, shortly after taking up office, is a prescient reminder of the government’s vision for universities – a transformation of higher education from a purely intellectualist pursuit to one that serves primarily as a training platform for skilled workers. There are pragmatic arguments both for and against this realignment, yet at the fundamental level this restructuring has a profound impact on the space that students occupy and the way in which they learn.

Warwick is most susceptible to this, given its rapid expansion. Despite the primary focus on expansion of Finance and Engineering, the excess capital generated through such business ventures has allowed for the development of shared teaching spaces such as the Oculus Building, and facilities that otherwise lack external funding, such as the planned Arts Faculty. In isolation these seem like gradual and incremental changes, yet these changes will alter the geographic makeup of campus and thus how students operate. 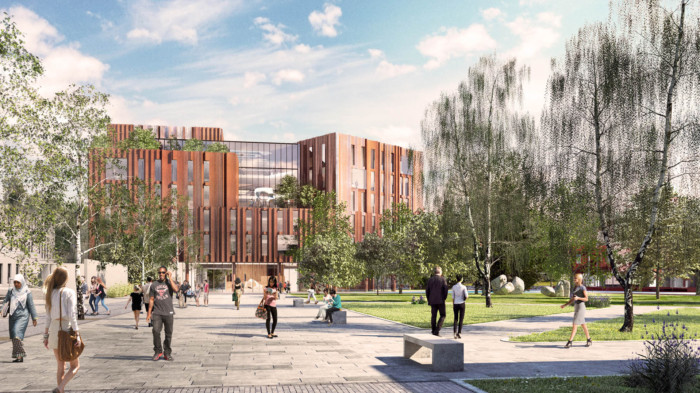 The new Arts faculty is set for completion in 2020. Image Credit: University of Warwick

The new arts faculty offers an excellent example of this: the merger of the current humanities block with the creative arts faculties currently isolated in Milburn House into into a less segregated and compartmentalised space will change the very nature of these courses. It may be a gradual change, but over time greater cross-departmental interaction will drive innovation and alter the basis of what Warwick offers Arts students. No subject exists in isolation, and a restricting of the space that these departments occupy, both in making the spaces more modern and inspiring, as well as encouraging interaction, will reshape such subjects.

This reformation also extends to inter-faculty, as well as intra-faculty, interactions, and is something that the university must take great care with during its expansion. If, as the Vice Chancellor Stuart Croft has stated, “We need to open one new academic building a year from now until at least 2023,” then the flow and movement of students across campus grounds will have to change to accommodate this. There are natural risks that arise from this rapid construction agenda; there would be a natural desire, primarily driven by convince, to silo the departments. We’ve seen this happen already, with the IMC and manifesting and research park closely clustered together. This is a perfectly logical architectural decision, and yet it shows a lack of broad thinking. 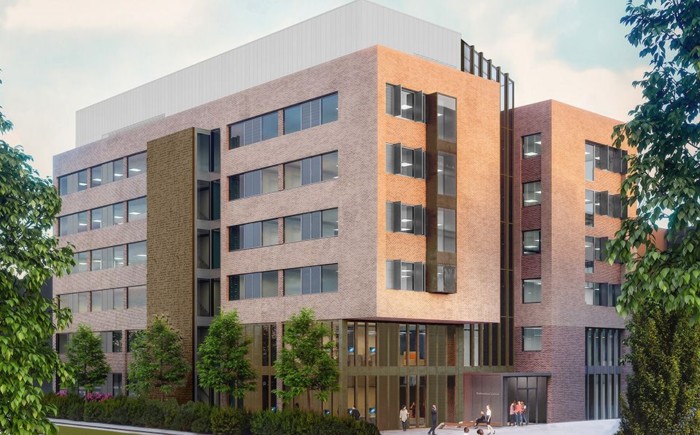 By siloing faculties, the university risks isolating the students of various sectors to small regions within campus. As a solution to this, the university must carefully plan it’s future construction projects. As current green spaces on campus are built upon, new spaces must be created and made confluence points of foot traffic in order to drive interaction. The concept of reforming Westwood into a primary green space focused on study, much as it was during the university’s early years, has been discussed in the past. Yet this would prove to be a major misstep. The notion of a ‘retreat’ for most students collapses at the reality of a 15 minute walk, and is simply impractical for students looking to study or unwind for an hour between seminars. The university would be better served by focusing on incorporating such spaces into central campus’ geography so that green spaces are never more than a minute or two from any department.

By creating an environment that increases spaces between buildings, forces the planting of flora and fauna and provides small escapes from study, the university is able to slow down the pace of university life, moving away from the micro-city model that threatens to dominate its current form, with hemmed in buildings and a sea of concrete and steel. It appears a petty and arbitrarily restrictive change, yet it will benefit the long term growth of the university and help to ensure that the campus environment remains a communal one.

The university’s extra-curricular targets must also be re-assessed as part of this. If the university is indeed committed to its goal of becoming “the most active campus in the UK”, then the construction of a new Sports Centre, as badly as it’s needed, simply doesn’t go far enough. With the old Humanities building vacated, the university would be wise to push ahead with its oft discussed plan to re-locate central campus to library road by migrating the SU and SUHQ to this large plot. The current plot is under-utilised, and could be repurposed into a large, open communal hub that expands upon the attempts that have been made with the current SU to student minded space that draws people to it. In its current form, the SU is largely avoidable and lacks the presence needed to draw students to it, yet a relocated SU at the heart of campus, located between the Arts, Science and Social Science faculties, would be more effective placed to draw students to, and lends itself more naturally to most students’ movements. If Warwick wishes to reassure students that they are indeed the focus of this university, then investing in the Students’ Union’s expansion would be one way to solidify this commitment in many students minds.

The creation of a new sports hub is part of Warwick’s plan to become the most active university in the UK. Image credit: University of Warwick

These are all broad strokes among the more pressing concerns that students face; residential construction must increase, as even the newly planned Cryfield village is unlikely to satiate demand at the rate that the campus is expanding. Likewise campus parking must become a more pressing focus. This is largely a byproduct of council restrictions as opposed to the university’s unwillingness, yet a new approach must be taken to ensure that the university has the infrastructure to support its students. This is a broad and multifaceted array of expectations, but as the university transforms dramatically over the next ten years, it is imperative that students remind the university that a focus on development, learning and fulfilment must come first.

This university will far outlive the current government, as it will the financial turbulence that has rocked the sector for the last ten years. Only by placing students at the heart of this ethos, and by standing in opposition to the current headwinds, can the university continue to differentiate itself as a unique and diverse institution against an increasingly oversaturated and homogenous sector.