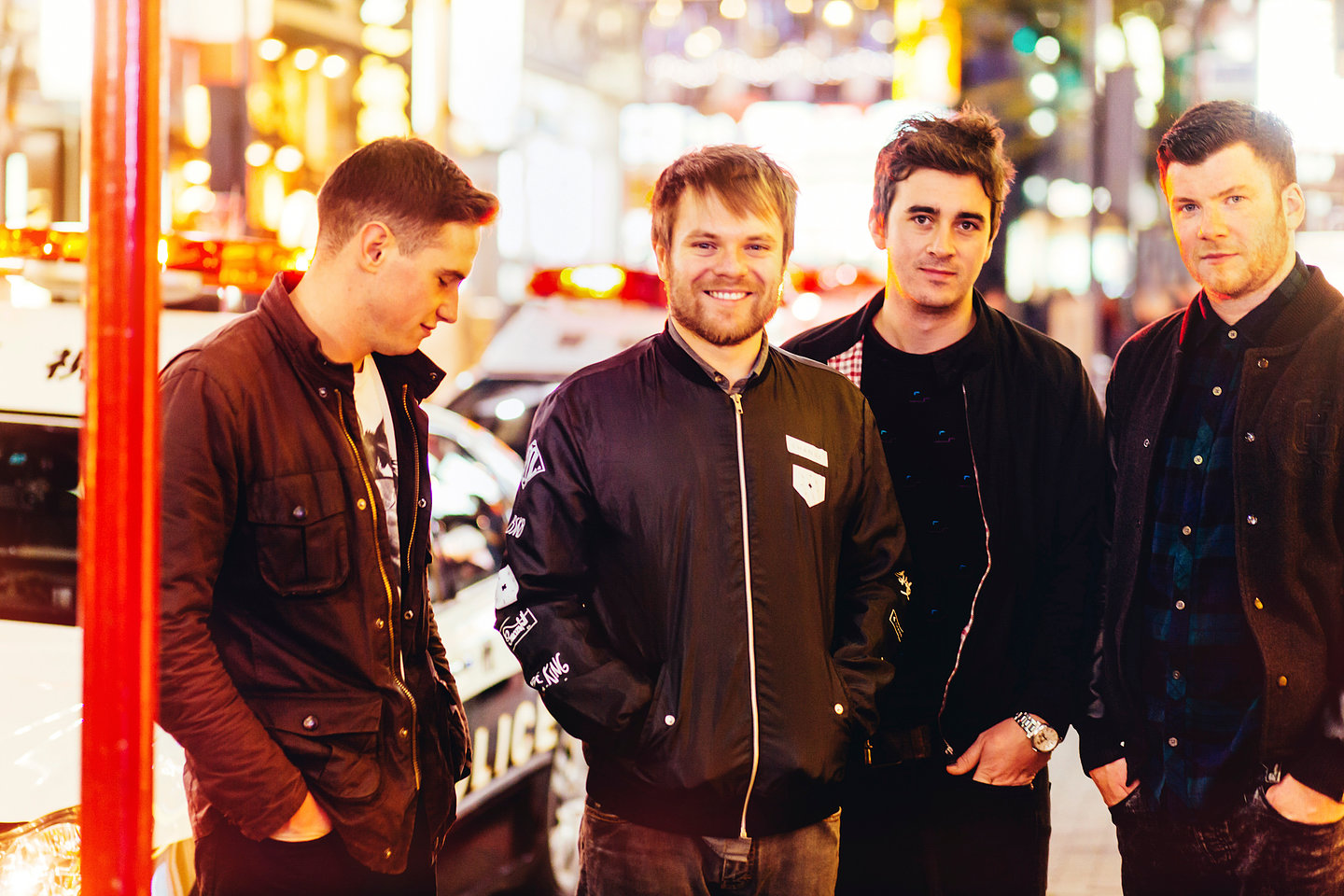 I’m not sure what was going on just before Enter Shikari took to the stage, but I liked it. It involved an exchange over walkie talkies between “Mr Magpie”, “Ostrich” and “Arctic Fox”, counting down to the launch, and some Glenn Miller and His Orchestra – swing music from the 1940’s – which certainly went down well with the audience, as everyone gleefully twisted to ‘In The Mood’.

They launched their set with ‘The Sights’, setting the tone for the evening with its soaring and stratospheric lyrics. Enter Shikari’s performance was exhilarating. Their music is an eclectic mix of electronicore, post-hardcore and melodic sound, and in keeping with that, they played songs from each of their albums and E.P.s.

It was stirring to be a part of the chorus, as the huge venue swelled with ten thousand voices singing ‘don’t wanna take my country back, I wanna take my country forward’ –  Enter Shikari’s lyrics were written to be sung by the masses. This band remains as topical and relevant as ever; voicing their grievances over Brexit, the privatisation of the NHS and climate change. They are a voice for the disaffected, and what better place to vent one’s anger than a gig with “decibels so max you can yell out your deep secrets, nobody’s gonna hear ya”, as frontman Rou Reynolds put it in ‘Rabble Rouser ‘– a highlight from their latest album The Spark. Rou Reynolds commanded the crowd with delightfully mischievous and humorous spirit throughout the night. His scorching energy was matched by his band mates, Chris Batten, Rob Rolfe and Rory Clewlow. The audience were rowdy, moshing, jumping and screaming in response. This didn’t feel like just an event, but a movement.

The exploration of anxiety in Enter Shikari’s latest album, as opposed to the anger of their largely politically driven music, brought a moment poignancy to the evening. ‘Airfield’ was a touching number as Rou Reynolds assured the crowd that if “you’re down on your luck, you’re down, but that don’t mean you’re out”. This departure into more tender music was followed by the stunning ‘Adieu’ and there was a real sense of community as friends linked arms and sang to the sky.

However, Rou Reynolds was soon back to whipping the crowd into a frenzy with the blistering fury of ‘Anaesthetist’ and a quickfire round of four songs in eight minutes – ‘Sorry, You’re Not a Winner’/’Sssnakepit’/’…Meltdown’/’Antwerpen’. This all culminated with the chaos of ‘Zzzonked’. For the encore Enter Shikari raised the roof with ‘Radiate’ and finally ‘Live Outside’. As the concert sadly drew to a close, the atmosphere was still electrifying. Enter Shikari gave their fans an unforgettable night. You should experience them for yourself, ‘come and join the party, leave anxieties behind’, they won’t disappoint.