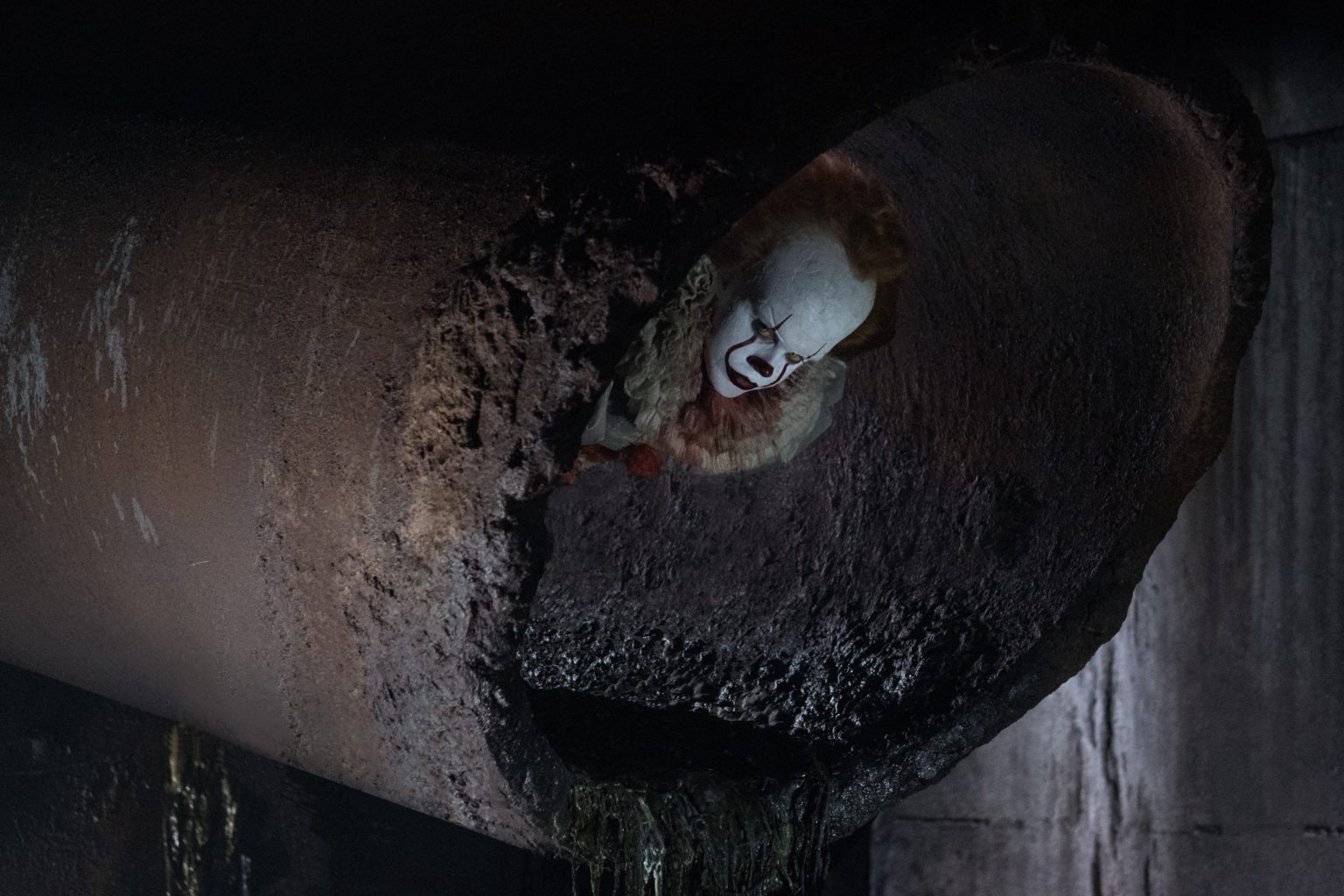 Is there anybody out there who actually likes clowns? They’re creepy at the best of times but, when they become powerful, murderous monsters, they’re considerably worse. It is here – a big budget horror movie that isn’t a big piece of garbage. Boasting a strong cast and controlling its scares well, It is one of the year’s shock treats. Go and see it – you’ll float too.

The town of Derry, Maine, isn’t like other towns – people die or disappear at six times the national average. Every 27 years, an ancient, shape-shifting evil emerges from the sewers and feasts on the town’s children, and nothing has ever managed to stop it. Until now – after the death of his seven-year-old brother Georgie, Bill Denbrough (Jaden Lieberher) decides that enough is enough. Together with a group of his friends, including mouthy Richie Tozier (Finn Wolfhard) and bullied Bev Marsh (Sophia Lillis), he sets out to defeat the creature. The Losers Club must face their worst fear as they confront Pennywise the Dancing Clown (Bill Skarsgård), an incarnation of the creature that is determined to wipe them out.

It works well because the young actors are good

It, the novel by Stephen King, is split between two time periods – the kids when they first meet Pennywise, and 27 years later when they’re adults. This film sticks to the first half only, and so gifts us a horror film mixed with a coming-of-age story, much like King’s Stand by Me (the film ends with a ‘Chapter One’ sub-title and, based on the success of this movie, we’re guaranteed to see the end of the story, so don’t you worry, King fans!).

It works well because the young actors are good. The film assembles the young troops throughout until we have our Losers Club, and they work well together – they play like natural children in a way child actors often don’t. Director Andy Muschietti also takes the time to show us their lives and establish who they are – they make for a well-rounded ensemble, but they are all strong enough to stand out on their own (even if some of the characters – Stanley Uris and Mike Hanlon – are a little underserved in relation to some of the others).

There is a lot of horror in their personal lives, with Bev’s abusive father being the most horrific example, and the movie is also patient enough to show us these. These kids have known horror in their own lives, and we don’t need to be encouraged to side with them. It is clever enough to root a lot of the fears in the real world and so, by being a human drama first, it adds a value to the horror that would otherwise be lacking.

That’s not to say that Pennywise isn’t a scary factor, of course. Before the film’s release, people were falling over themselves to say that Skarsgård simply couldn’t compare to Tim Curry’s performance in the 1990 TV version – to his credit, he approaches the character in a different way entirely. He plays it in a more quiet, understated manner, making his monstrous bursts all far more frightening. His Pennywise has his little ticks – a bit of drool hanging from his mouth, the way he watches the kids as he toys with them – that make him a disturbing on-screen presence. This approach seems to work, especially in the first scene, where Georgie meets his fate.

Is It scary? I guess it depends on how much horror you watch. It is certainly effective and, even if you’re a seasoned horror fan, some of the jump scares are bound to get you (as they did me). However, there is an overreliance on CGI in certain places and some of It’s non-Pennywise forms are not particularly frightening.

It is an enjoyable summer horror flick and we horror fans must be happy for any big-budget horror pictures. Even more so for one that has generated so much money and such a positive reaction. On the strength of this film, I look forward to seeing how the movie handles the second part of the story and, if it’s with the same level of care and craftsmanship that It manages, we’re in for another horror treat soon.