‘Free speech’ isn’t an excuse for being a dick

I’m going to start this article with a small ditty from my life. I was recently likened to a ‘nazi’ for insisting that white people shouldn’t use a particular racial slur. Apparently I was encroaching upon the accuser’s freedom to say whatever they please. Can you believe it? A young nazi black woman like me asking for a shred of dignity from my fellow human beings. Meanwhile, there are some people at Warwick who are getting sick and tired of marginalised groups speaking up for themselves and asking majority groups not to use certain offensive language. People cry ‘freedom of speech!’, ignore oppressed people’s requests to be respected, then get upset that they no longer feel comfortable openly expressing their bigotry.

Do you and should you possess freedom of speech? Yes. Do you and should you possess the freedom to dehumanise other people? No. I am not simply talking in the context of racist speech here, though that is what personally affects me the most. I am also referring to transphobic, homophobic and sexist speech. I cannot arrest you for calling me a ‘nigger’ or a ‘paki’ (I have been called both since I am half-African and half-Asian), but I can demand that you never call me, or anyone else, those words again. I can construct a social sphere in which I never have to hear those words come out of anyone’s mouth. I can choose to disengage with people who enter my safe space and tell me that I am restricting their right to free speech because I think that using racial slurs actually makes you racist. You are free to say those words, sure, but I am free to tell you why you should not.

The law states that ‘everyone has the right to freedom of expression’, including the right to ‘hold opinions’ and ‘impart information and ideas without interference by public authority’. However, since the exercise of this freedom carries ‘responsibilities and duties’, such freedom may be subject to ‘restrictions or penalties’ in the interests of protecting ‘morals’ and the ‘reputation or rights of others’. UK law tells us that we do not have the right to encroach upon on the rights of others. Nobody has the right, therefore, to dehumanise, belittle and threaten people by using offensive terminology against them. If you do so, you do so. But the law was not set up to enable you to do this.

I cannot believe I am even writing that we should all treat each other with dignity, but this seems to be a very necessary reminder for a lot of people

This radicalised free speech argument ignores the very basic tenets of respecting fellow human beings on the basis that they are different from you in terms of sex, gender, sexuality, race, nationality, level of physical ability, or religious belief. I am not religious, but I believe very strongly that the basic Abrahamic golden rule of ‘treat others as you would want to be treated yourself’ is a fine indicator of how you should live your life. If you protest that a gay person asked you not to use the word ‘faggot’ on the grounds that you are free to use whatever words you like, you are simply not taking the other person’s dignity into consideration. I cannot believe I am even writing that we should all treat each other with dignity, but this seems to be a very necessary reminder for a lot of people.

I believe in free speech. I do not believe in bigotry. If you use your freedom of speech to promote bigotry, by denying vulnerable groups safe spaces and flouting their basic requests for respect, you are contravening your own right to speak freely. Speak freely, with respect. If someone challenges you on words that you find acceptable within your own space, but others find offensive, consider how their experience differs from yours. And think about the boundaries of words which carry meanings of identity. The use of a word within a marginalised community takes on a different context when used by a larger oppressing community against them. Debates about whether some controversial words ought to be used really should be led by members who belong to those communities.

You might be able to tolerate unadulterated, unrestricted free speech if you possess privilege on privilege

It’s necessary to have these conversations but we must also enact change. I have not always believed everything that I stand for now. I have taken the time to learn from people whose opinions I have not previously heard, and to explore a range of opinions within such groups, because no-one is a spokesperson for their identity group. Right now, I am mentally strong enough to listen to racist and sexist arguments without totally falling to pieces, and strengthen my own responses in return. But other people are sick to death of being told that they are lesser or that their existence is unnatural or that they do not deserve what other kinds of people deserve. Those people have every right to say no to bigotry and to limit the hate-speech that they hear. You might be able to tolerate unadulterated, unrestricted free speech if you possess privilege on privilege, but for a lot of oppressed and marginalised people, your ‘right’ to be a total dickhead amounts to nothing more than a tool of dehumanistion.

Gallery image with caption: Why intersectional feminism is a progressive movement

Gallery image with caption: Why intersectional feminism is far from a force for good 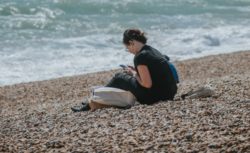