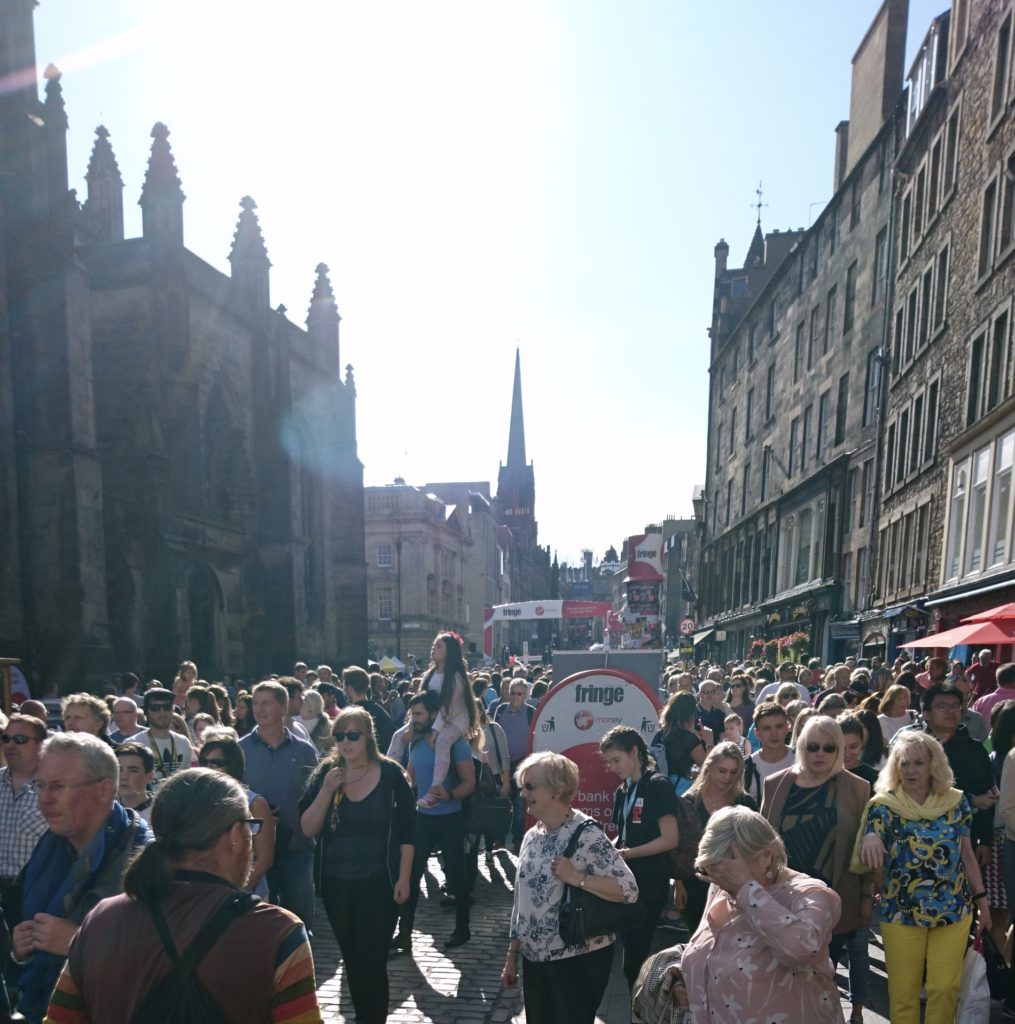 What I’ve learnt at the Edinburgh Fringe

So, Edinburgh Fringe 2017 is over: the crowds have evacuated in the face of normal life; flyers have been ripped down from the Mile; and venues have gone back to being whatever the hell they are for 11/12ths of the year.

It is possible for a human being to live off Greggs and wine, especially when all your money is going on shows and vintage clothes

This year’s Fringe stands as one of the biggest in its history – with the BBC stating that the Festival saw an amazing 53,232 performances and audiences surpassing 450,000 (hopefully not all in the same place).

As a first-timer at this Festival (although apparently, I went when I was five but I don’t remember it so it doesn’t count) it managed to be both pretty much how I imagined it while being completely not what I expected.

It’s about small, out-there shows being able to stand up next to the big ones and really have a chance to be counted

The Fringe is the kind of place where anything can happen. Actors getting naked in shows is pretty much standard, and the line between fantasy and reality is so blurred that I stopped being able to tell whether someone is a genuine policeman or just in really accurate costume.

And so, from my very non-experienced and non-expert opinion, here are a collection of some of the many things I’ve learnt at the Fringe: