Everybody loves Mario Kart. When we wake up to the very real lizard person threat, I firmly believe that a love of madcap kart racing will be the only way to differentiate between fellow human beings and our cold-blooded overlords.

There’s just something irresistible about Nintendo’s games that bring people together, and Warwick’s own Nintendo Society know that better than most. President Timothy Sit and publicity spectacular Julian Bird joined me to shamelessly plug their soc and explain why you need to check them out when October rolls around.

At the heart of the soc is a firm commitment to fun above all else. “We want to see students coming together, relaxing, and enjoying themselves,” Timothy tells me.

Where getting involved with other societies can sometimes feel overwhelming, both of the guys stress that Nintendo will always be a laid-back operation. As far as origins story go, gathering mates to answer the call of eight-player Smash Bros. is as charming as it is casual, and neither society status nor a load of flashy hoodies seems to have changed their pride in that. 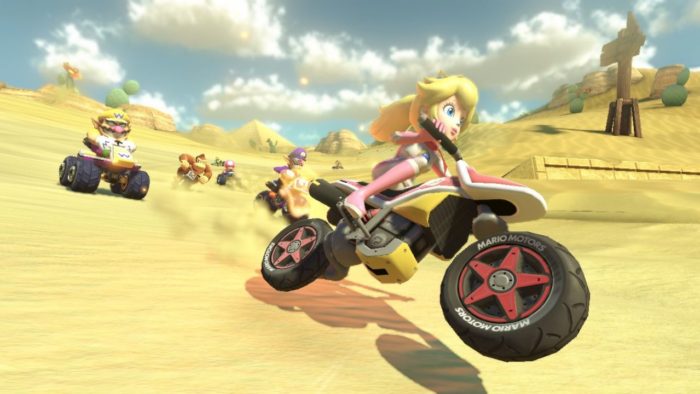 Peach knows that true satisfaction lies not in winning, but in telling your mates just how relaxed you’re feeling as they eat your dust. Image Credit: Nintendo/IGDB.

They tell me that the soc wants to bring a “living room experience” to newly uprooted and returning students alike. With classics like Mario Party and F-Zero as well as a growing library of Switch titles, that diverse selection of carefree twenty-somethings laughing over their joy-cons might not just be an advertiser’s fantasy after all.

Indeed, Julian expressed his own surprise at the response the Switch has received at open days. “We had quite a crowd, all sorts of people, some looking way too serious to be lining up for a go, [. . .] one of the security guards looked quite forlorn the whole time, apparently their new-born had kept them from giving the new Zelda a blast yet.”

Whether you’re escaping a new-born or a new module, you’re warmly invited to forget all about it and kick back with Nintendo. Manic Mondays see the soc take over Ramphal for evenings of multiplayer madness while Smash Wednesdays are a perfect reward for your morning in the library (I mean, you turned up, right?). 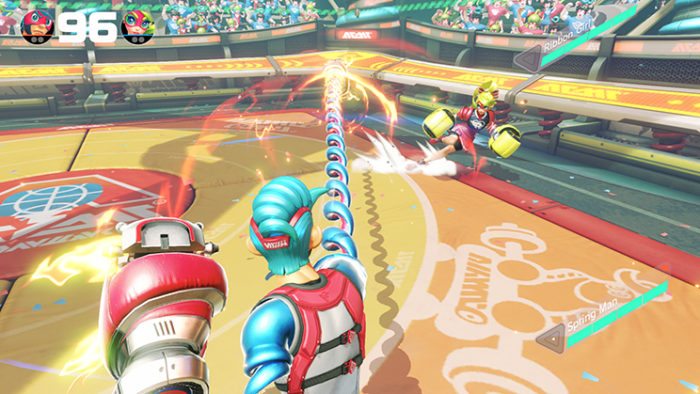 Just like first term, ARMS is all about over-extending yourself. Image Credit: Nintendo/IGDB.

And if you fancy taking your Smash Bros. addiction beyond the living room, their competitive teams are something to behold. Julian told me that, arriving in Birmingham for last year’s tourney, he grinned to realise that “this was a community pulling together behind a video game, not on Facebook or in halls, but out in the world.”

Timothy and Julian are currently planning a Smash Bros. tourney for the first weeks of freshers,’ but if that isn’t your thing then don’t fret – a number of all-dayers and a full Mario Strikers league might be in the pipeline, too. That’s on top of other favourites wheeled out every Monday such as Mario Party, ARMS, and the frog-based golfing monstrosity that is Ribbit King.

So whether you’ve controllers to contribute or always regretted selling that Gamecube back in 2013, bring yourself along and have some fun this freshers’. And remember there ain’t no party like a Mario Party ‘cause a Mario Party don’t stop.