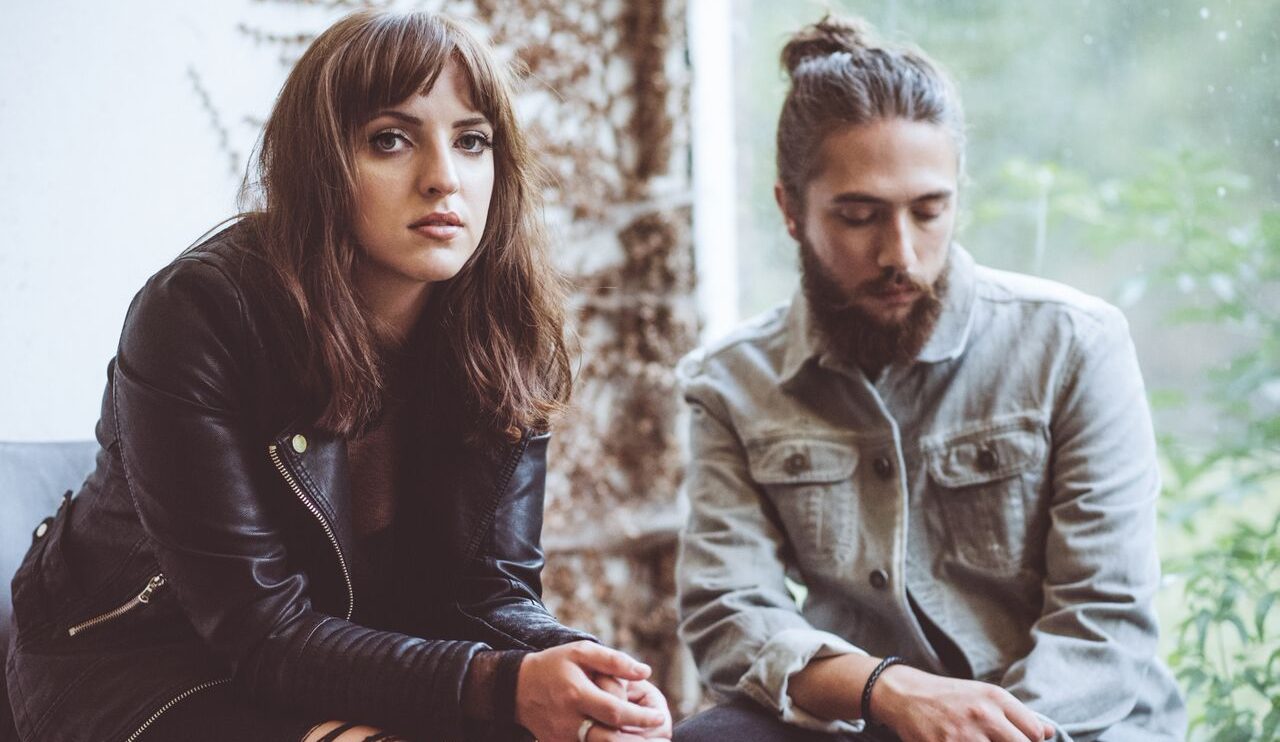 Meadowlark’s Postcards has been a long time coming, or more specifically, I have been patiently waiting for most of my degree to hear this album since the band’s 2014 tour. The Bristol-based duo made up of singer Kate McGill, known for her YouTube covers and well-established video director and member of several rock bands, Dan Broadley, have now finally brought together a selection of songs, old and new, to make their debut album.

Crucially, Postcards doesn’t lack cohesion despite the provenance of some of its material. Indeed, the alt-pop album, recorded in 10 days with producer JJ Mitchell, features familiar songs like ‘Headlights’ and ‘Paraffin’ that fit well with new material. While the album could have then risked too much similarity in its material, instead it captures the nostalgia and introspection of a summer evening – its fusion of folk with soft electropop beats permits a pleasant transition from one track to another as the listener joins Meadowlark in their examination of love.

The lead single and title track ‘Postcards’ embraces the mood of the album, the soft and slow tambourine and strum of a guitar accompanying a look back at past relationships. ‘That’s Life’ also takes a pared-back approach with both songs allowing the songwriting and McGill’s voice to really shine. In fact, the choice to use the original demo of ‘Postcards’ creates more raw emotion in this exploration of the common and universal theme of love.

That isn’t to say that the album lacks depth or complexity in other areas. The opening track, ‘Headlights’, emphasises how the album tackles difficult emotional truths by assessing the inadequacies of a past relationship in between and over electropop beats. Similarly, ‘One’ captures the pleading attempts to encourage the expression of affection from another but rather than cloying or needy, the emotion of the song is balanced out by the sweetness of McGill’s voice sighing out the imploring “I can be the one” in a hypnotic chorus. The duo show a talent for knowing when to take a step back and avoid sentimentality and when to express emotional vulnerability.

Nevertheless, the essential track to listen to on this album has to be ‘Eyes Wide’. While the track has already achieved popularity with the radio show BBC Introducing, the poignancy of lyrics like “it hurts to love you” before a catchy chorus kicks in, allows the song to resonate even after multiple listens. The duo do well to also create a sense of balance in the album. After the heartbreak of ‘Eyes Wide’, quieter songs like ‘Fly’ and ‘Interlude’ provide a moment of contemplation in the middle of the album before weighty reflection on the simultaneous slipperiness and sluggishness of time in ‘Body Lose’ and the more optimistic ‘Paraffin’.

Ultimately, this album seeks to capture the ups and downs of emotion when considering past loves, experiencing present affection and hoping for future feelings as well as the significance of time.  The duo show a maturity that belies the youth of the band, perhaps due to their previous experience, and avoid over sentimentality. It will be interesting to see if and how they will tackle more challenging and complex themes in the future.