Grey Warwick: in a league of their own

With the first gold medal for Super Smash Bros. being awarded just last year and with growing audiences both in person and online, it’s clear that e-sports are on the rise. Surely this is something to be celebrated – if not for the increased likelihood that yours truly will get to break out Jungle Book: Groove Party and dance team GB into the history books, then for the fact that Warwick isn’t sitting this one out.

When it comes to League of Legends, Grey Warwick reign supreme, not only on campus but over the country. Earlier this year, they won the title of Kings in the North at the games festival of the same name, and ousted previous NUEL Live champions the Aston Yellowtails just last month in an intense final that saw them declared the UK’s top university team. I caught up with Grey Warwick’s top-laner Kallon ‘Kerberos’ Ram and the president of Warwick League & E-sports Society David Chan to discuss the team’s most recent win and the future of e-sports on campus. 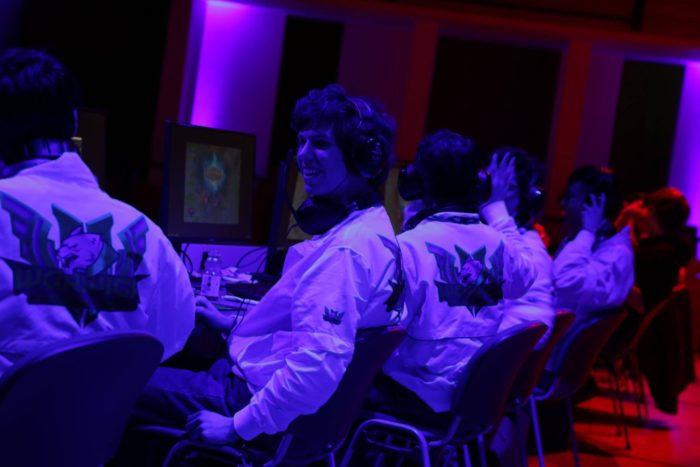 Short of dusting off your bike leathers, joining Grey Warwick is the quickest way to get that Sons of Anarchy look. Image Credit: Grey Warwick.

Despite several members of the Greys never having played in front of an audience before, David and Kallon were quick to emphasise the relaxed atmosphere of the tourney and how community matches brought teams and execs from across the country together. Kallon told me how his experience playing for Team Cyclone in the ESL UK premiership prepared him for the tournament, but also that streaming seemed far more daunting: “viewers peaked at around 18,000 so, in comparison, the little NUEL tournament felt quite low pressure.”

Still, this was no Carling-fuelled split-screen sesh, and it’s no small thing to look your opponent in the eye or to hear your audience cheering you on. Kallon told me how strange it was to hear whispers – “that’s Kerberos, he plays for Warwick” – following him around the arena, and for good reason too. While the rest of the team holds down the base, it falls to Kerberos to storm the opponent’s side-lanes and take their turrets and inhibitors whilst they’re fighting his teammates at the other end of the map “I’m the one the team like to funnel resources into,” he clarifies, “they put me in the position where I can become unstoppable and carry fights either through splitting or teamfighting.”

Each of the final’s three games began with massive gold leads for Aston, and it seemed very likely the Yellowtails would successfully defend their title for a third year. “It’s so easy to get tilted and just lose sight of your strategy or objectives,” David tells me, “it’s natural to start doubting yourself or your teammates when things are looking dire.”

In the face of Aston’s aggression, however, the Greys hung in there and survived long enough to execute their signature strategy. Doubt seemed to strike Aston in the final game as they realised they’d been trapped for a third time: “I was taking turrets and inhibitors extremely quickly. Aston could see this and tried to recall, but my team dogged them every step of the way – knowing they couldn’t survive the fight. If Aston did turn and fight, I would just end the game.” 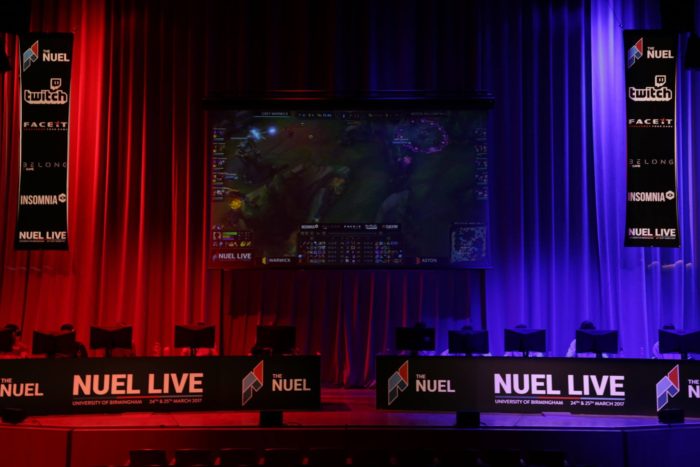 To really amp up the tension this year, each player had their head and neck replaced by an impressive CRT monitor. Image Credit: Grey Warwick.

The Greys have never broken out of the semi-finals before 2017, and there’s no doubt that their underdog victory came as a surprise to many – including the team. “The first game everybody was amazed. Second game: “no way they can come back twice.” By the third everyone was just like: “Warwick down by five kills? Nah, doesn’t matter.”

Their dramatic reversals weren’t flukes, however, and David sounds immensely proud of the team’s achievement when he talks about their calm, their highly defensive team composition, and solid macroplay. He finished the interview saying, “They were probably the most intense games I’ve ever seen played in NUEL’s history,” his voice steeped in pride. 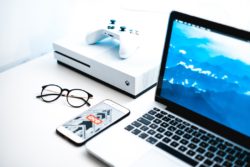