Made famous by the Arctic Monkeys, The Full Monty and its steel making history, Sheffield is a metropolitan city that brings together history and culture. Since it is a bustling student town, with shops, bars, restaurants, museums and a thriving nightlife, it’s the perfect place to visit for a weekend break away from university, especially as it’s only two hours away on the train from Leamington!

Sheffield is one of the greenest cities in the UK, with one-third of the city being in the Peak District National Park

Along with all the high-street shops you would expect from a large city, Sheffield also has plenty of vintage and second hand shops to browse. Although not on the scale of Manchester’s Northern Quarter, down Division Street you can find hipster barbers shops and second hand record stores nestled between vintage clothes shops. Then, after a busy morning spent browsing, visiting one of Sheffield’s many parks and green spaces is a must. Sheffield is one of the greenest cities in the UK, with one-third of the city being in the Peak District National Park, and even when walking around the city centre this is clear. The Peace Gardens are a nice place to soak up some sunshine and people watch, whilst the Winter Gardens are undercover, so are a haven from the common Yorkshire rain showers, and houses tropical plants and some more independent shops to admire and peruse.

it would be rude to not sample some beer, especially as Sheffield has recently been named the Real Ale Capital of the World.

After grabbing some lunch at one of the many local pubs and cafés- bonus points for trying Henderson’s Relish, a Sheffield-made spicier version of Worcester sauce – it would be rude to not sample some beer, especially as Sheffield has recently been named the Real Ale Capital of the World. The area around Kelham Island is a hub of microbreweries with varieties of beer, real ale and cider to suit all tastes!

To snag some culture, there are museums aplenty to explore, including Grave’s Art Gallery, Weston Park Museum and the Millennium Gallery, which has changing exhibitions alongside permanent galleries on Ruskin and Sheffield’s metal work history. If you have the chance, I would wholeheartedly recommend going to the theatre. The Crucible and Lyceum house a varying array of shows, from musicals, ballet, pantomimes to the World Snooker Championships, and the surrounding area looks rather classy and beautiful when lit up at night. Alternatively, for perhaps a livelier night, popular clubs such as Leadmill have played indie classics alongside motown hits for many years, and have also housed big names such as artists Artic Monkeys and Coldplay. Whatever your interests or tastes, Sheffield is the right balance of modern and classic that makes for a perfect student destination! 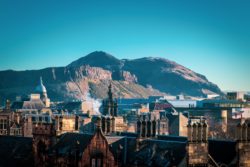 Is it worth going on Spring Break?

What makes the perfect romantic getaway?